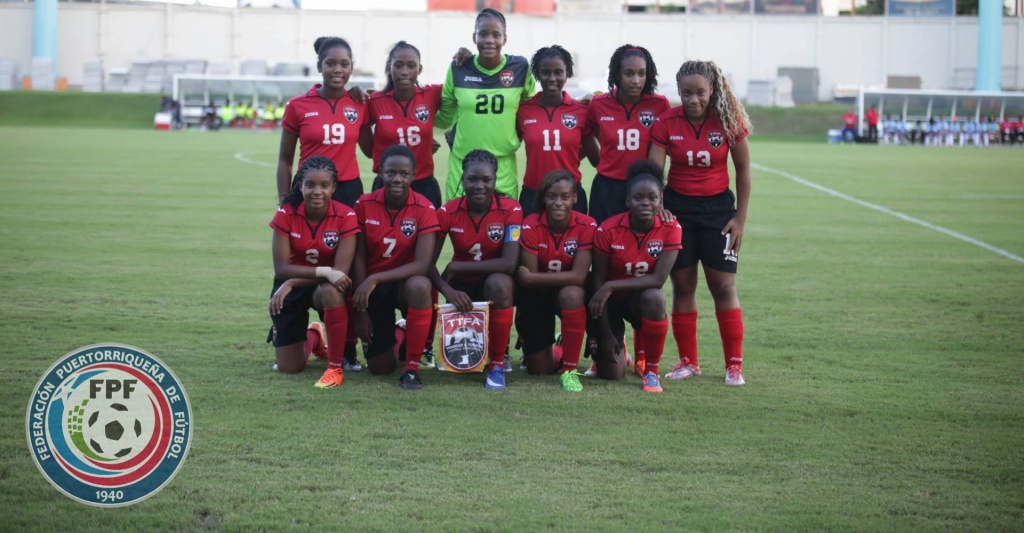 Group B in The Caribbean Football Union's Under 17 Finals kicked off as Trinidad & Tobago defeated Dominican Republic 4 -1, while Haiti defeated Barbados 13 - 0.

Trinidad & Tobago began the days play with a 4 - 1 defeat of the Dominican Republic. Carmen Cambiazo opened the scoring in the 2nd minute taking an early lead. Trinidad would equalize through Ranae Ward in the 34th minute. Trinidad would then take the lead in the 43 rd minute as Laurelle Theordore added her teams second of the match. Ward would make it 3 goals to nil at the end of the first half scoring on the 45th minute of play.

The fourth and final goal of the match was scored by Asha James in the 61st minute as the match would end 4 -1 in Trinidad and Tobago's Favour.

The second match of the evening saw Haiti score 13 pass Barbados. Nerilia Mondersir started the scoring early in the 2nd minute play, followed by strikes in the 43rd and 68th minutes play. Nelourde Nicolas would also add to the score line in the 32nd minute. Melissa Dacious also scored in the 42nd and 45th minutes respectively. Lovelie Pierre in the 55th and 74th followed by strikes from Roseline Elloisaint 85th and 88th minute, while Mikerline St. Felix grabbed goals in the 67th and 90th minute.