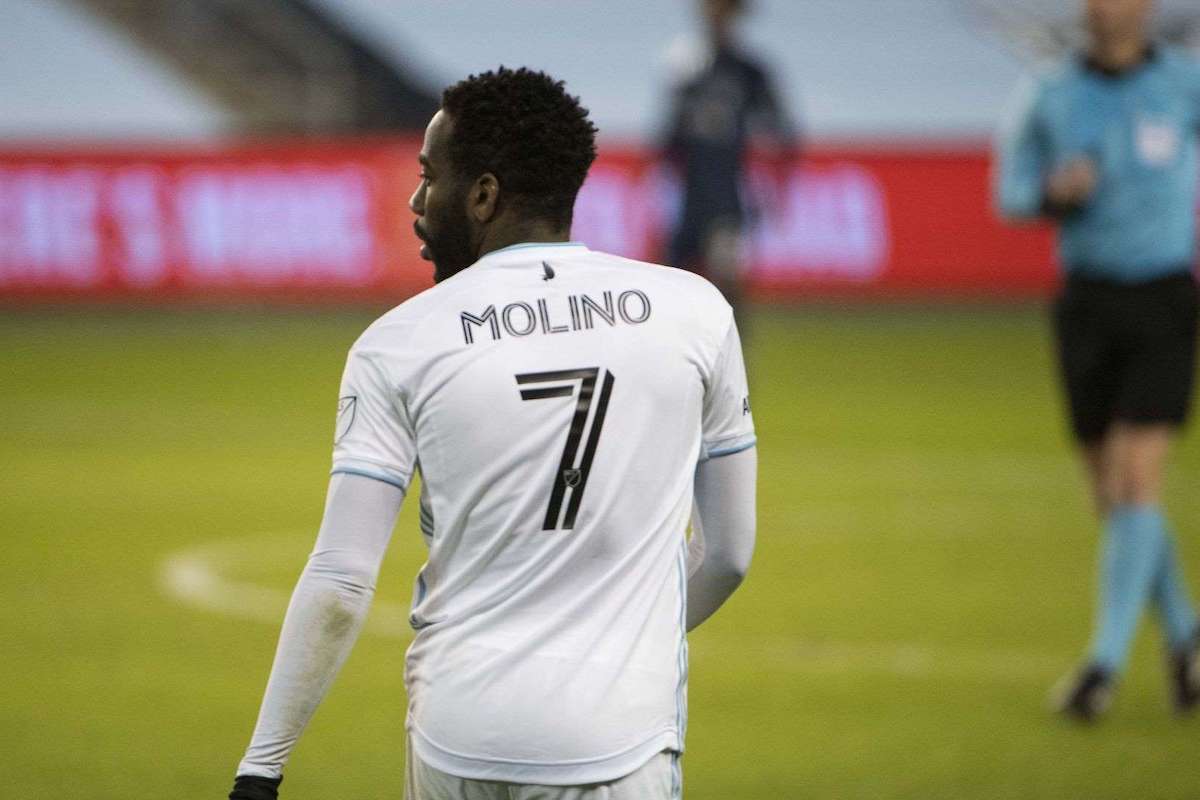 When the Columbus Crew announced its end-of-season moves just two days after winning the 2020 MLS Cup, it was clear that the Black & Gold were looking for an improvement at the winger position. And they probably couldn’t have done any better than they did with the signing of Kevin Molino, who checks all the boxes for the team heading into 2021.

The Trinidad & Tobago international was part of our list of five potential free agent targets for the Crew ahead of the 2021 season for good reason and the club’s decision to let Youness Mokhtar and Emmanuel Boateng walk cleared the path for what could easily be the defending champions’ most impactful signing in the new year.

“If you watch this league over the years, you know he’s one of the best wingers and attacking players in the entire league,” Crew president and general manager Tim Bezbatchenko said about the signing. “He’s one of those players that when the lights are shining brightest, he steps up and delivers.”

“If you watched the playoffs, it showcased Minnesota’s ability to advance largely on the backs of a player like Molino. He has pace, he has the skill, he can play on both right and left sides and he can threaten the backline and that’s what you need in a league like MLS where defenses are getting stronger. Teams are going to sit back on us and when the ball swings by we’re going to need to have players who can beat opponents 1 v. 1.”

There are several reasons to like Molino’s signing from a Crew standpoint and the most obvious and clear one is his production. The 30-year-old winger generated 13 goals and four assists in 21 matches for Minnesota United in 2019 and those numbers would put him in the top-three in that department on the Columbus roster last season.

The Crew also had a highly-productive winger in Pedro Santos in 2020 — eight goals and eight assists in 25 matches — and the prospect of having two players in the position who combined for 21 goals and 12 assists last season is certainly exciting and should provide a strong boost to the team’s offense.

Molino’s skill set allows him to score and set his teammates up consistently, which is not always easy to find in wingers, especially in those who can be obtained without a transfer fee, which was the case with Molino.

More than the production, Molino’s arrival should also offer the Crew and head coach Caleb Porter a great deal of flexibility up front. As with Santos, the Trinbagonian can play anywhere on the attacking trio of positions, either as a right or left winger or in the center.

Molino’s strong campaign in 2020 happened with him on the left, which is great news for Columbus as it allows Santos to play on his preferred right side and gives Porter his dream combination of a wide winger (the Trinbagonian) and a pocket winger (the Portuguese) who can interchange their roles and sides during matches with ease. This is because as capable as Molino is as a wide player, he can also tuck into the pocket productively, as Santos did throughout the last two seasons.

At the start of Molino’s MLS career, he played centrally for Orlando City, a role he also plays frequently for his national team, and, even is his playing style is different than Lucas Zelarayan’s, he could return to that spot when the Argentinean is eventually unavailable, giving the team a different look.

The 2021 season is one in which Columbus is expected to contend for trophies again and Molino’s background indicates he can provide significant help with that too. He’s familiar with the players and stadiums the Crew is expected to face in the CONCACAF Champions League and has proven he can deliver when it matters with the four goals he scored in Minnesota’s three MLS Cup playoff matches in 2019, making some pick him as the best player of last year’s postseason.

The only concern regarding Molino’s signing could be his injury history, which includes tearing his both ACLs in a three-year period. However, the new Crew player bounced back strongly on both occasions, having arguably the best year of his career in 2016 with Orlando, when he scored 11 goals and registered eight assists, and playing 17 matches for Minnesota in 2019, with three goals scored.

Every signing comes with a little bit of unpredictability but it’s undeniable the Black & Gold did their homework and minimized the risks of this one backfiring as Molino checks every box with the Crew.