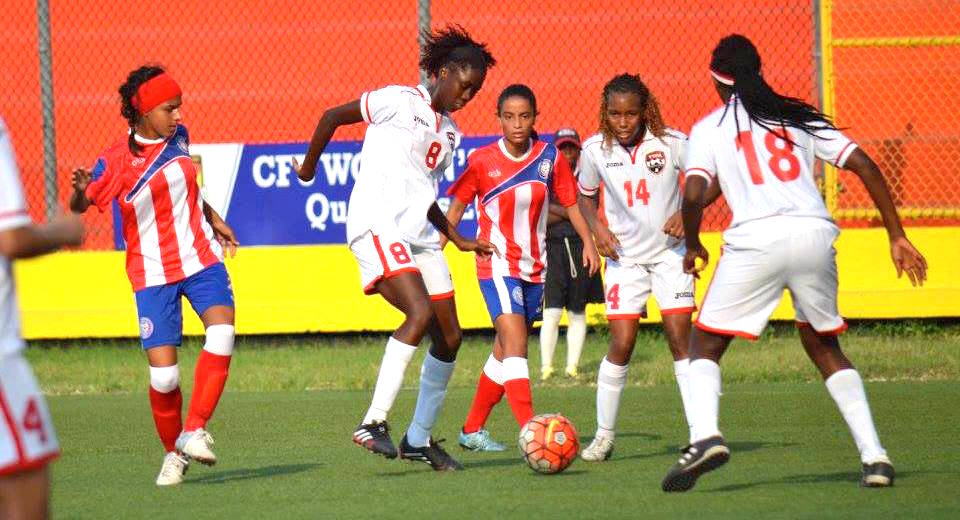 Although Trinidad & Tobago came within five excruciating minutes of qualifying for last year’s FIFA Under-20 Women’s World Cup, no team from the Caribbean has ever competed in the biennial event.

Those same Women Soca Warriors, who dropped an extra-time decision to Costa Rica in the third-place match nearly two years ago to miss out on a Canada 2014 berth, want to make sure that trend ends this year.

“The ultimate goal is to make it to the World Cup, whether it be the first, the second or the third place,” said head coach Jason Spencer on Thursday after the draw for the 2015 CONCACAF Under-20 Championship took place at the Hotel Real Intercontinental. “We are going all the way through.”

In order to do just that, T&T will have to capture first or second place in Group A, which is consists of host Honduras, Canada and Jamaica. Then it will have to win either a semifinal or the match for third place, a feat that has proven elusive.

An encounter against the Jamaicans to close out group play on December 7 at the Estadio Olimpico Metropolitano promises to be decisive. The rivals battled to a 2-2 stalemate in the Caribbean qualifying competition last month.

In order to secure a place in the CONCACAF tournament, Trinidad posted a 3W-3D-1L record and needed penalty kicks to overcome Puerto Rico after a 1-1 draw the Caribbean’s match for third place. Tsaianne Leander was the top scorer with four goals, while Maya Matouk added three.

When asked if this was the year that a Caribbean squad would finally advance to the U-20 World Cup, Spence was confident of a change to the usual order.

“The women’s game is growing throughout the world,” he finished. “We are seeing, based on our coming through the CFU (Caribbean Football Union) finals, we are seeing that the level of football has been raised.

“I definitely think that some surprises are going to take place this leg.”