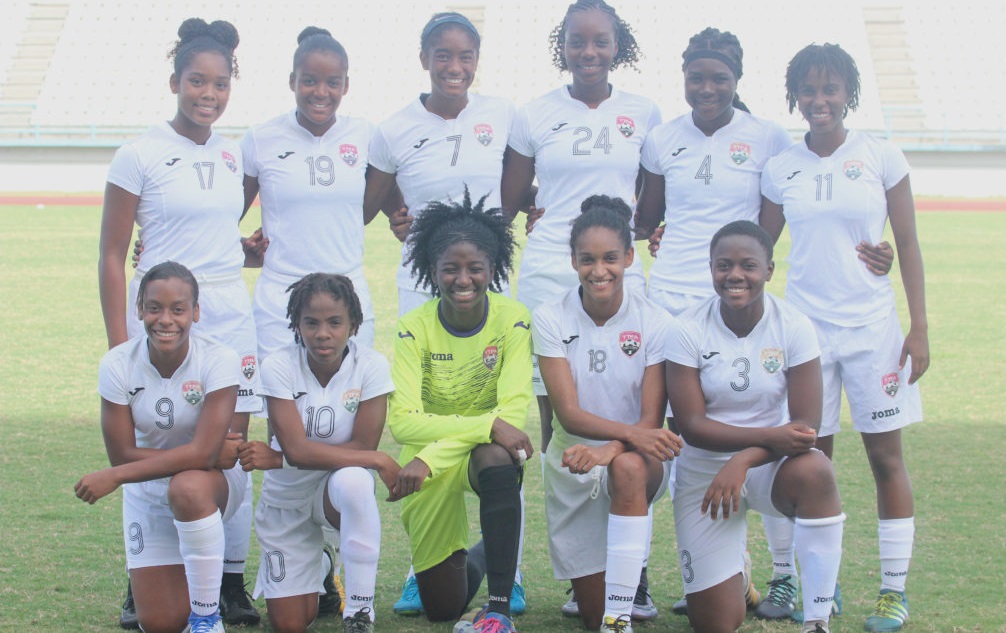 The 2018 CONCACAF Under 20 Women championship could be the kick that local football needs to change its fortunes in regional competition in terms of hosting rights and success on the field of play.

This was the view expressed by T&T Women’s head coach Jamaal Shabazz as he wrapped up the 2017 calendar year for the Women’s programme which has been extremely hectic with programmes for the Under 17s, Under 20s and the Senior Women.

The Under 20s will break camp this weekend before resuming early in 2018 for the CONCACAF championship which will be staged at the Ato Boldon Stadium Home of Football from January 18-28.

According to Shabazz, T&T has a fantastic opportunity to prove its worth as hosting nation for Concacaf premier events.

“Trinidad and Tobago under the last FIFA and Concacaf from Mr Warner days, have always hosted big events but after that period, our country was literally in the dog house but now we have seen a renaissance where we have grown in confidence again and the authorities in Concacaf have given us that opportunity to host this tournament,” Shabazz told TTFA Media.

“This a big tournament as it qualifies three teams for the Women’s Under World Cup and it is a golden opportunity for the public of Trinidad and Tobago to come out and support women’s football and women’s athletes generally. If we produce the crowds and have a passionate presence by the people and a participating one, I think this will be good in terms of us hosting future tournaments,” he continued.

“Of course we know that the TTFA is well on the way to establishing a home at the Ato Boldon Stadium with a hotel and facilities so we could again become a hub in the Caribbean for hosting tournaments and this one is a good litmus test to see how well we do, not just as a team but as a public because it’s not a team that qualifies for a World Cup, it’s a country and in that country the fans, the business community, the parents, the association, everybody must play their part.

“Our country has gone away from the collective action for some time now. Our people have become very individual and very prone to their own survival and we are saying what better way is there of bringing the people together than coming to support this Concacaf tournament in January,” Shabazz said.

T&T faces Haiti on January 18th but will face expected tougher opponents in Canada and Costa Rica in the remaining Group A matches. For Shabazz, it is important that neither of these teams are able to enjoy a walk in the park at the home of football.

“Traditionally, in women’s football people always give the three points to USA, Canada and Mexico and now Costs Rica. Now we are saying that with our preparations, these teams have got to work for their points. Of course we would like to have friendly internationals outside of the senior team but the the funding is not there for us and we are preparing with limited resources, with a big heart and where we lack with resources we want to make up with effort and attitude. For these teams that will come here, we want them to work for their points because by God, by Allah, we are also going to work for our points,” Shabazz stated.