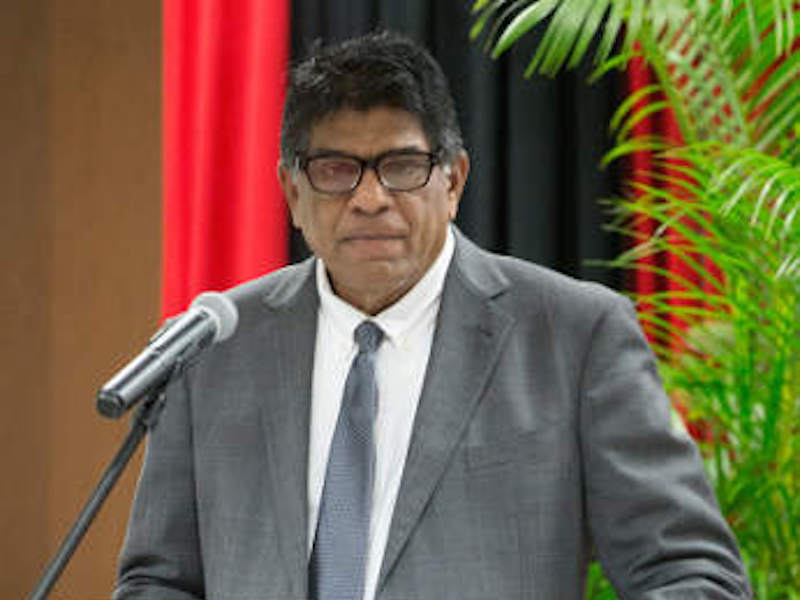 Outgoing, Northern Football Association (NFA) president, Anthony Harford says the current zone executive is making no effort to stop a planned meeting for its existing club membership and is proceeding with the annual general meeting (AGM) before the end of this year.

Harford, who in October resigned his position as the NFA boss which will take effect at the next AGM, made the statement via a media release sent on Friday in response to claims by former national goalkeeper Ross Russell, one of the two candidates for the role of president that he observed the interest of club participation, spectator- excitement and sponsorship in northern football have all totally disappeared in the NFA.

Russell, a former winning coach with Defence Force in the T&T Pro League, is set to contest the position of presidency of the NFA against national team administrator Richard Piper on December 12 at the Cascadia Hotel in St Ann’s.

The AGM and elections were scheduled after Commissioner of Police Gary Griffith gave the okay for a venue where proper social-distancing and sanitisation to deal with the threat of the COVID-19 pandemic, can take place.

Richard Piper, a former national manager, who has worked for many years under Harford at All Sport Promotions has a slate comprising Derek Edwards, the Petit Valley Diego Martin United manager (first vice president) and Tristan Charles, the manager of Santa Cruz United as his second vice president.

Russell, on the other hand, has only confirmed Anthony “Dada” Wickham, the Trendsetter Hawks coach, as his first vice president. Confirmation of their second vice president will be announced soon.

Speaking earlier this week Russell told Guardian Media Sports he took up the challenge to run to see if he can come and try doing something to help out the clubs.

He said, “I expect my greatest challenge to be from the top right to the bottom. I will seek to help clubs secure their own home grounds and thereby prevent the large number of matches from being played at the Queen’s Park Savannah in Port-of-Spain. These venues must all be equipped with dressing rooms and toilet facilities etc.”

Guardian Media Sports was made to understand that a potential sponsor for the NFA 2021 has been found and talks are ongoing to make the League one of the best run in years.

Russell said another area of keen interest for him is bringing back the community spirit, which he believes will be of critical importance to the zone.

But in response, Harford first pointed out that when he was voted into office unopposed in 2016, the executive with which he has been serving were also voted in then.

“None of them belonging to a ‘slate’ of any kind and it has been an exceptional pleasure working with this group of committed individuals. We made a commitment to serve one more term if elected at the end of the first term, in September 2020.

“However, I was advised by three clubs that they feel the association needs more progressive management and they are interested in putting forward a ‘slate’. I immediately told the clubs, as president I serve at their pleasure and I would comply and within 24 hours I tendered my resignation and committed I would not be contesting the position.

“I informed the secretary to plan for the AGM, while I wrote to the T&T Football Association’s (TTFA) Normalisation Committee to have an invigilator/supervisor attend and certify the election results.

“I received a letter from the TTFA instructing that we could not proceed with the election until after FIFA rules on the impasse with the TTFA. This was relayed to clubs, so we remained in office pending clearance.

“Once the FIFA matter was cleared I wrote again to the TTFA and last week received a letter indicating we can now proceed with the AGM and that the TTFA will supply an invigilator for the elections.

Harford advised that the secretary is now preparing all his documents and will announce the date and venue by this weekend including the nomination of candidates and the elections within the prescribed period.

He said: “The NFA has followed all the rules to date and is not resisting change, the election is supposed to do that. The zone openly admits it’s indebtedness to clubs but this is regrettable as our three fundraisers carded for this year to raise the funds have been postponed due to the pandemic.

“We have told the clubs we remain committed to meeting the obligation as soon as clearances are given to host events. It costs the zone roughly 260,000 annually to operate. In 2018 we received a grant of $75,000, the rest of the monies always come from fundraisers.

“The zone remains puzzled by some clubs bent on hosting their own meeting this weekend. The zone is making no effort to stop the meeting but we are proceeding with the AGM before the end of 2020 when we welcome a new executive to run the business of the NFA.”