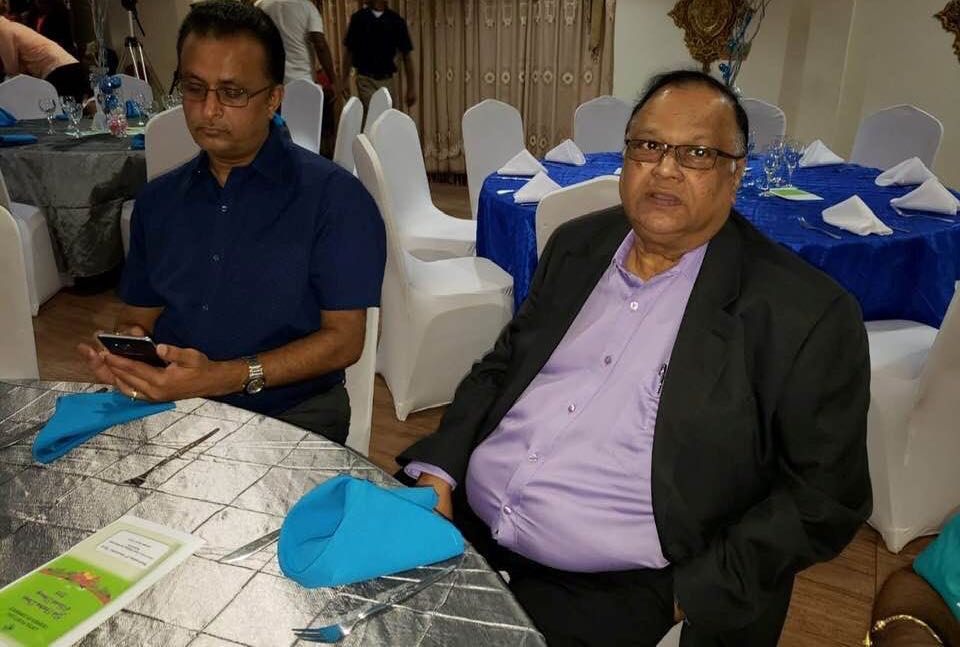 A meeting of the Board of Directors of the Central Football Association (CFA) on Monday, that was aimed at moving a vote of no-confidence in president Shymdeo Gosine, ended abruptly when a member, it was reported displayed a fit of rage and whipped out something resembling a gun that sent members scampering.

Guardian Media Sports was told that the incident is certain to lead to an arrest after police officers were called in and the suspect interviewed. Soon after, voice recordings of the incident began circulating among the football fraternity.

When contacted on Wednesday by Guardian Media Sports, assistant secretary Keisha Noel shared that she was scared for her life.

"While we were sitting in the meeting at approximately after 8 pm, myself, Wendell Collymore, Allan Logan, and David Ramkhelawan entered the room to begin the meeting, but before that, we were getting ready to call Wilfred Edwards, who was to join the meeting via teleconferencing. It was while doing that, the suspect (name called) decided to come in and take pictures.

"Mr Collymore and Logan proceeded to tell him he cannot take the pictures. But because of how they are, I took up my things and proceeded to the door because I did not want to be apart of any bacchanal."

According to Noel: "So, they told him he couldn't take pictures, the suspect put the camera down and pulled out a gun and when I said you pulling out a gun on us, he put it back into his pocket. Then he walked out the door, came back in, and said 'if anybody touches me, I will react accordingly'. So, I went outside, called the police and never returned to the meeting again."

The event was a culmination of previous threats and abuse that Noel said she had been subjected to since her nomination as assistant secretary, a position she picked up when general secretary Clynt Taylor was removed last year.

Guardian Media Sports understand that from the seven-man board, five members attended the meeting ready to express their dissatisfaction with the president and his leadership style. Those present were Logan, Noel, Ramkhelawan, Collymore and Edwards, all of whom signed documents regarding the 'no-confidence motion' in the president.

Gosine and Gregory Mc Sween, also attended the meeting but refused to sign the document.

Noel said under Gosine, key decisions were made without consultation with the board, while it is alleged that monies from the CFA's account were used for non-related football matters, among other concerns.

She also believes the appointment of general secretary Christopher Regis, who also attended the meeting, was done illegally and the invitation of the alleged 'gun-toting' suspect at the board meeting, although he is not a board member was a violation of the constitution by the president.

Noel said: "According to the constitution, if the president wanted to bring someone as a third-party to the meeting, he had to get approval from all the board members and that was not done. He never notified the board members that he was bringing somebody, of which he would have had to give advanced notice, and he never did that."

Meanwhile, Gosine, when contacted yesterday denied that anyone pulled out a gun at the meeting and claimed that the board, which is fractionated, has tried illegally to remove him as president.

"Clynt Taylor who used to work at Doc's Engineering was the general secretary employed by me. I allowed him to do certain things so when he brought people to me and said let's put these people on the board, I said no problem because my intention is not the board, but to get football running in the best possible manner.

"However, it turned out that there were ulterior motives involved. The situation was that they were looking at votes to get into the TTFA and that started to create a fraction in the CFA, because different people were leaning in different directions."

He added: "However, the fraction that had an allegiance to Taylor, called this meeting to remove the then president. What they did was they sent a letter with names to me, claiming that these people would have signed it. However, members would have signed something in the past and they copied it on to this letter and said that all these people could attest to this and that, which was the reason for the meeting. So, I got into contact with each individual and I knew who was a part of the meeting, who wasn't part of the meeting and who did not sign that letter. And immediately I realised it was a fraudulent letter."

The CFA boss was set to lodge a report to the Fraud Squad on the matter yesterday.

Noel said she will await confirmation from board members on when the meeting will reconvene but made it clear, she will change the format of the meeting to a virtual one, to ensure the personal safety of members.