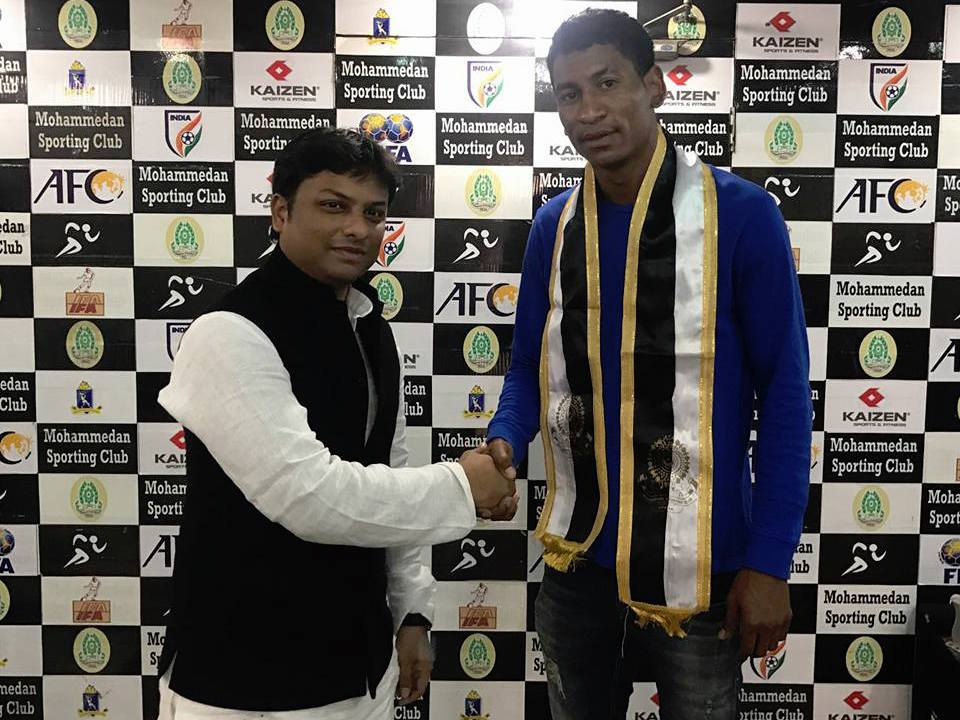 All eyes will be on Willis Plaza when Mohammedan Sporting Club kick-off their I-League 2nd Division campaign in March.

The jury is out as to whether the Trinidadian is the right man to lead the line for the Black Panthers, but there is quiet optimism at the 127-year-old club.

There will be an obligatory heap of pressure riding on Plaza’s shoulders. This will no doubt be amplified by his experience in Kolkata, as the striker failed to breakthrough at East Bengal despite making a blistering start last season scoring 5 goals in first 8 matches.

As a result, it is imperative that the 30-year-old hits the ground running for the sake of Mohammedan SC, and his own career progression.

The best way to do that, of course, is by rattling in the goals and Plaza won’t be fussy over how he justifies his status as top marksman.

His critics will raise questions about his work rate by saying that he scored only 7 goals this season in 17 appearances, but statistics don’t always tell the full story.

It’s a fact that strikers will always be judged on how many goals they score. Goals win games and that is why they are always the most important players in the squad.

However, the modern game has changed. Strikers have to do more than that in most tactical systems and Plaza’s ability to play as a lone forward, or with a partner up front, makes him extremely attractive.

Strong in the air, technically sound and quick enough to cause panic, Plaza can play for a team that looks to dominate teams through possession. He can either play on the shoulder of the last defender, or with his back to goal. He can be a link man as well as an out and out striker.

The Trinidadian has never lacked ambition or self-confidence and he can surely match up to the best, and this is his chance to prove that.