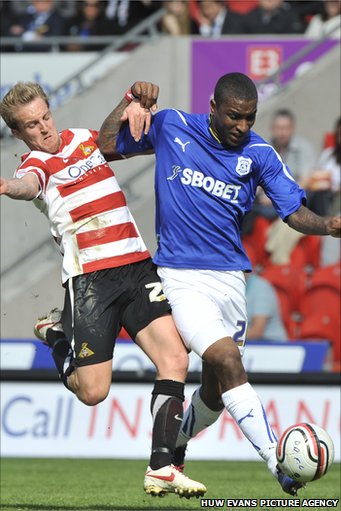 Free agent Jlloyd Samuel is targeting a top flight club after being released by Bolton.

Injury meant the T&T full-back did not make a first-team appearance at the Reebok Stadium last term before being shipped out on loan to Cardiff in March, for whom he made seven appearances in their failed promotion bid from the Championship.

Now without employment, he has every faith that his agent will find him a new club in the top division.

The 30-year-old told Sky Sports News: “It is one man’s opinion (why he did not stay at Bolton). Obviously if he comes in and doesn’t like what he sees, then he will just change it.

“As I said myself being injured didn’t help and the team was doing very well so it was hard for me to even have an argument really of what was going to happen, so it was a factor for myself to get fit, get ready and to go again.” While Samuel played seven games on loan at Cardiff, he believes he is good enough to earn his living in the top flight.

“Everyone wants to play in the Premier League, it’s the best in the world. I still think I’m capable of doing that but it’s just getting that opportunity and if given that opportunity, I’m sure I can show people what I can still do,” he said.

“Unfortunately for myself as I said I only played in the last few games which was at Cardiff but it was nice to be just playing football and for me the season probably finished too early.”