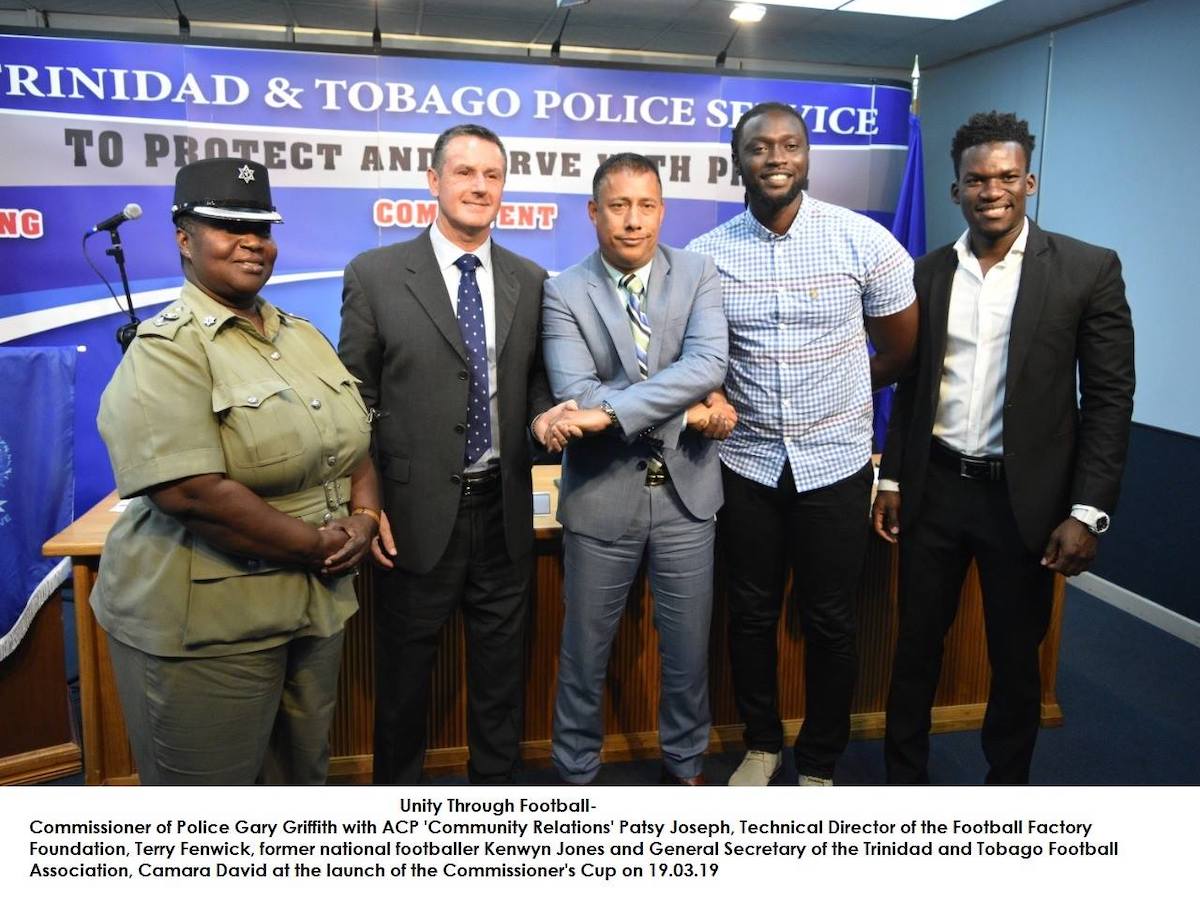 Commissioner Griffith said, "Sports especially football, can serve as a catalyst for creating s stronger and closer communities and create a pool of talent for future TTPS football teams and by extension the nation." Commissioner Griffith says this initiative will assist in minimizing nefarious activities within communities, encourage self-development while encouraging greater discipline among players and fostering camaraderie among teams.

Former national player who has also played in the English Premier League, Kenwyne Jones said he was honored to be a part of such a timely initiative said "football clubs are pillars in communities and play an integral part in motivating youth to becoming better players, while helping to build their character to deal with the adversities they face at home."

The Commissioner's Cup will play an integral role in fostering national development given that players attached to 46 youth clubs across the country will participate in 75 matches which will culminate in one major final.

Among the top prizes is the opportunity to receive football scholarships in the UK through the Football Factory and the MVP of the finals will be afforded the opportunity to travel with the TTFA to an international friendly match abroad.