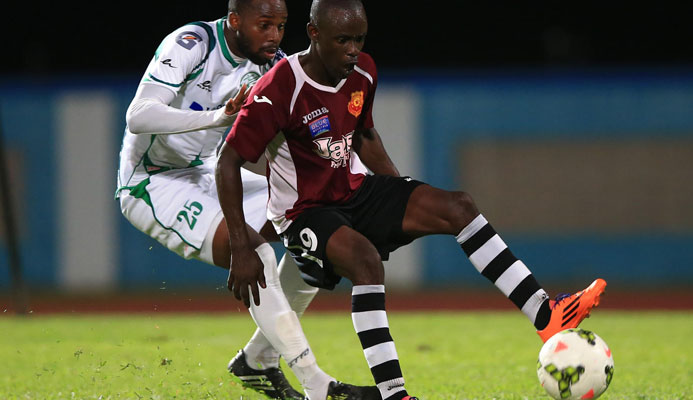 OWNER OF Pro League club San Juan Jabloteh, Jerry Hospedales, said the failure of the proposed T-League to get going was due to the differing views between the Pro League and Super League. Last Wednesday, the Pro League announced their desire to start their 2019-2020 season, since there was no official decision over whether or not the T-League would have commenced this year.

Hospedales, in an interview, on Monday, said, “I had supported (the) call to resume business, to continue the establishment of professional football. “Ever since the Football Federation (now TTFA) had withdrawn from professional football in 2001, a group of us which included Jamaal (Shabazz), (David) John-Williams, myself and the deceased Richard Fakoory got together to ensure that professional football should remain as an anchor for our football,” he continued.

“It is essential for producing and generating future national teams. We did that for 18 years without confusion and suddenly, with this proposed new integration, there was, to me, compelling evidence that the time was not appropriate for that merger. We shared different philosophies about football in T&T.”

Commenting about the financial assistance provided to the Pro League throughout the years, Hospedales said, “Unfortunately, while the Government continued (to help), the corporate sector never came in, in the size that we wanted them to come in.

“At the present time, we’re somewhat strapped for cash but, whatever it is, we must continue the professional football league.” If no funding was given to the T-League, how will the Pro League get funding?Hospedales replied, “The Government funding was for a period of three years. This is the second year of the funding. The Government said before the funds are released, the clubs must meet certain conditions, including the submission of financial statements, annual reports and payments of salaries.

All ten clubs have become compliant so that monies should come.” Why the Pro League couldn’t wait until the three-year period ended before contemplating a T-League?

Hospedales responded, “The UEFA and Concacaf advanced the proposal that the football in T&T should be strengthened by the integration of both leagues, with promotion and demotion. In the interest of moving that proposal forward, most of us agreed to it because of the increased funding.”

One wonders whether or not there will ever be a unified league, which was being pondered on for most of this year.According to Hospedales, “When you run and manage a Pro League club, you need to have discipline and focus to be able to secure corporate finances. Running a Pro League club costs a minimum of $1.5 million a year.

“You have to carry out your business in a way to bring some confidence in the corporate community. If you do not have that experience, it is difficult to integrate in what the Pro League is doing. At the present time, outside of the Pro League, the other clubs do not have ambition in that capacity.”Hospedales added, “To have a unified league, both leagues must have the same philosophy. You can’t run water and oil. You must have discipline. You can’t be venting your anger to the press.”