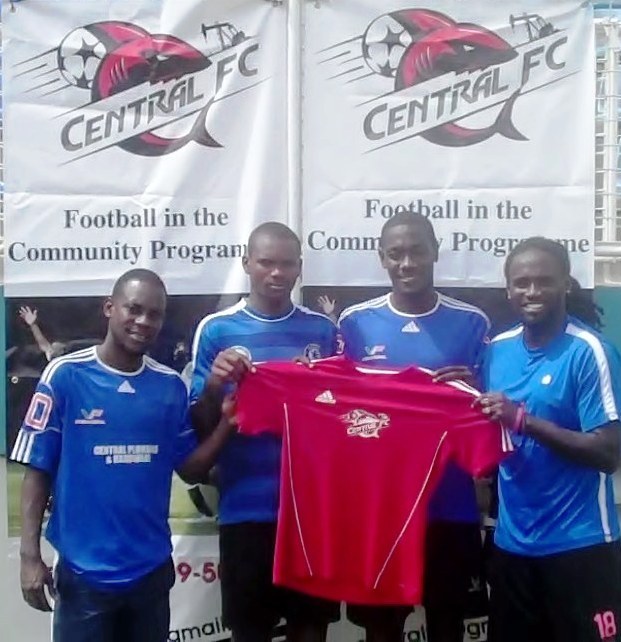 W.Connection midfielder, Rennie Britto , has made the short move from Savonetta to California, while Stokely Vale duo Omar Charles and Rondell Winchester have crossed the waters from Tobago. But former T&T international, Osei Telesford has made the furthest journey after moving back home from Puerto Rico Islanders.

“We always planned to strengthen the squad in December” said Assistant Coach, Kevin Jeffrey. “We started from scratch so we knew we would need to make improvements mid season. One of the areas of concern was our lack of firepower, and bringing in Rondell means we have an exciting young striker who has been scoring regularly in the Super League.”

Winchester has bagged league 8 goals this season and proved that he can also infiltrate Pro League defences when he scored against Defence Force in Wednesdays F.A. Trophy defeat by Stokely Vale.

“It was nice to leave with a goal” said Winchester “I’m going to miss everyone at Stokely Vale, but I’m grateful to the club for supporting me and allowing me to move to Central F.C.” Winchester said that there were other clubs interested in him but he was impressed by Central F.C.’s approach.

“Mr Sancho came over to talk with me and my family and spent a couple of hours answering our questions. My parents and I are convinced that the club has my best interests at heart, and we felt this vwas the right move for me.”

The Sharks Managing Director, Brent Sancho said “ We feel we have made 4 great signings in key areas. Talented youngsters like Rondell and Omar are key to the clubs development and we’ve been watching them for a while. Obviously, we’ve seen Rennie a lot in the Pro League and we feel he can bring some creativity to our midfield.

Of course, I’ve known Osei for quite some time now, and when his season ended with Peurto Rico, I contacted him straight away. I have to give kudos to the Stokely Vale management who never stood in the guys way and, in fact, were very supportive of their move, despite the fact that they’re still in the F.A. Trophy.

Sancho said that Central F.C. are determined to see more of their players join goalkeeper Marvin Phillip in the national team. “With the Gold Cup approaching, this is the perfect time for players to push for a place in the squad, and with the current national coaches actively watching Pro League games, we’re telling our lads that this is a great opportunity.” Amongst the Sharks squad are several players who have already represented the national team.

“We’d like to see some of our guys force their way back in. Players like Anthony Wolfe (34 caps), Hayden Tinto (23), Akeem Adams (9) and Osei Telesford (22) still have a lot to offer the national team, and a good run of form now could land them a trip to the Gold Cup.”

Jeffrey added “We are still looking for one or two more players in key areas to complement the squad. We’ve recruited some exciting young players for our Reserve squad and this competition for places will only help to increase the player’s performances. No player has an automatic place on the team sheet and we’re seeing an increase in intensity in training.”

Central F.C. will return to Pro League action on January 11th when they face Police F.C., but before that they have a tricky F.A. Trophy tie against Shiva Boys on January 9th.

“Shiva will be no walkover” said Jeffrey “It will be our first game back after the Christmas break, and attitude will play as big a part as skill. Whoever wins this game will be in the semi finals, so we will be taking the game very seriously and won’t underestimate Shiva.”