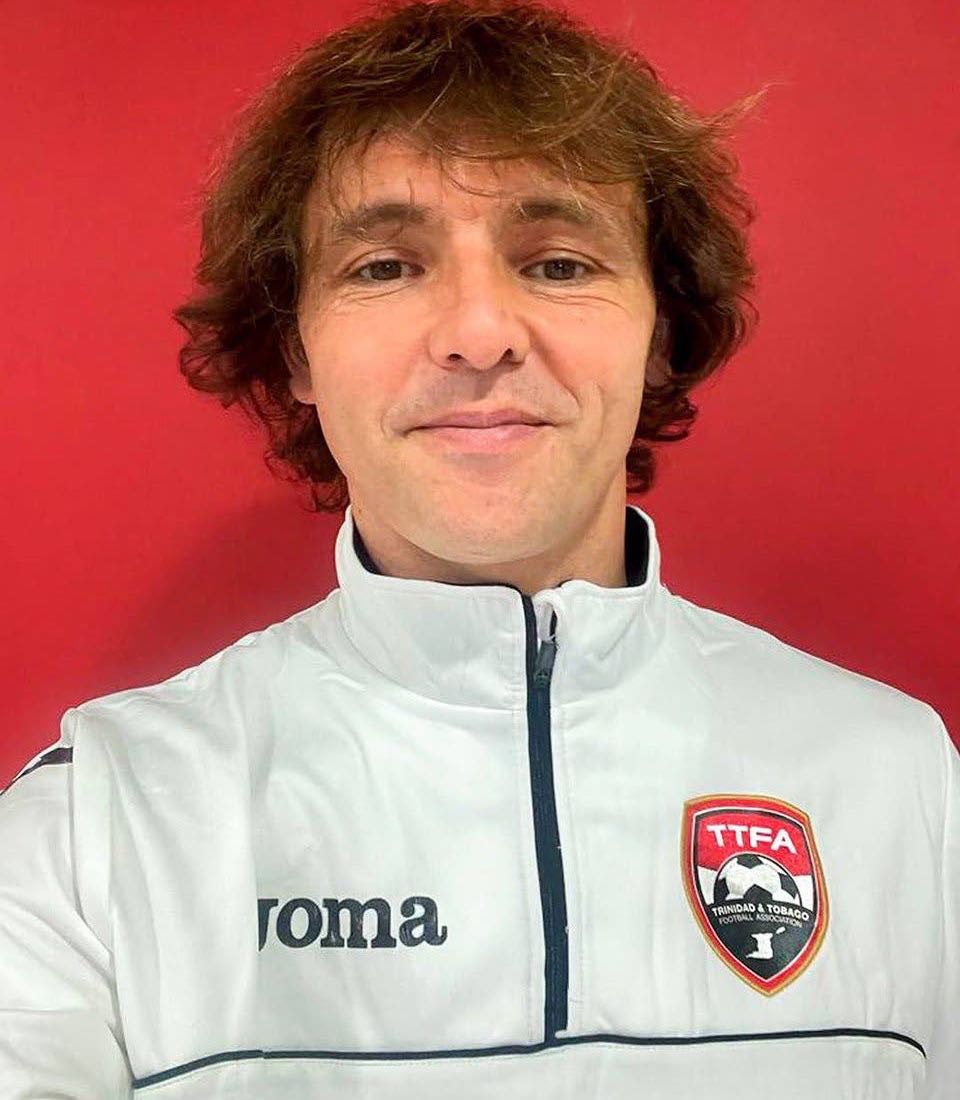 T&T men’s beach soccer coach Ramiro Amarelle has wasted little time in getting down to work with this country’s players having undergone his mandatory quarantine at the Home of Football in Balmain, Couva, recently.

Last month, the former Barcelona and Spanish beach football star Amarelle was appointed head coach of the national team and along with his assistant coach and analyst Jaime Paz and Maria Gordo, another assistant and mental coach.

The 43-year-old Amarelle was tasked with leading at the Concacaf Beach Soccer Championship which takes place in Alajuela, Costa Rica from May 17-23 where T&T will come up against USA, host Costa Rica and Turks and Caicos Islands in Group C of the 12-team competition.

T&T opens their campaign versus Costa Rica on May 17, before facing USA a day later and Turks and Caicos in their final match on May 19.

Group A comprises defending champions Mexico, Panama, Guadeloupe, and Belize while Group B consist of El Salvador, Bahamas, Guatemala, and the Dominican Republic.

After round-robin pool play, the top two finishers in each group and the two best third-place teams will advance to the knockout stage at the Complejo Deportivo FEDEFUTBOL Plycem in Alajuela, Costa Rica.

The two semifinal winners will earn a spot in the FIFA Beach Soccer World Cup in Moscow Russia from August 19-29.

T&T has reached the quarterfinals of the Concacaf event three times, in 2015, 2017 and 2019 and for this year Amarelle says he is targeting this country to its best-ever finish.

Speaking with TTFA media, Amarelle who is also a FIFA instructor and advisor and holds a UEFA Pro License coaching badge noted that the first thing he along with his staff has been working on is getting to know the players.

He said, “First thing we need to do is to adapt to the players so that we can understand each other and know each other. We have to understand personal issues and model because we have to remember they are not professionals and they have a job, most of them while others are also students.

“Then we need to listen to them, their lives, there needs and their requirements and their normal lives because based on that we have to create our training plan individually and a collective one.”

Expressing the importance of understanding each other, Amarelle said: “We cannot go ahead without listening and meeting with them because our main job is to help the players to improve and increase their level and for that, they are not professionals and we need to listen to them and try to provide them with the right tools and right context to develop the quality and capabilities."

With regards to the facilities for training at Couva, Amarelle said the sand was amazing and the facilities are good. However, he had one wish though, that he had more time with the players.

“We cannot be close to all the players because all the players are from different parts of the country and it's normal that they will need some time to arrive here (training).

“This is the only thing we have to understand and also added it to the personal issues at the end of the day, we have to train on evenings adapted to the players' jobs. And also on the weekend, it is our worse part but we have to adapt to that otherwise.

“We have everything and we have to try and provide the players with the best facilities possible and with the best human resources and I am sure we will try and listen to the requirements while also trying to help them to improve their needs they have to improve our resources to help and support them and their process.

Looking at his immediate goal, the Spaniard said, “Some of the players I know from a few years ago, but not personally to work with and we will need to adapt to each other, to bind together our process as a team because some of them who will join the team are new and younger and we need lots of information in general.

"After regarding physical requirements we will then try to show them the specific information and the intensity and recovery time they need to apply during their daily routine and weekly routine to be more adapted or as best as possible to the requirements of official competitions of high level.

“We want to achieve our best performance. This is our goal,” said Amarelle.