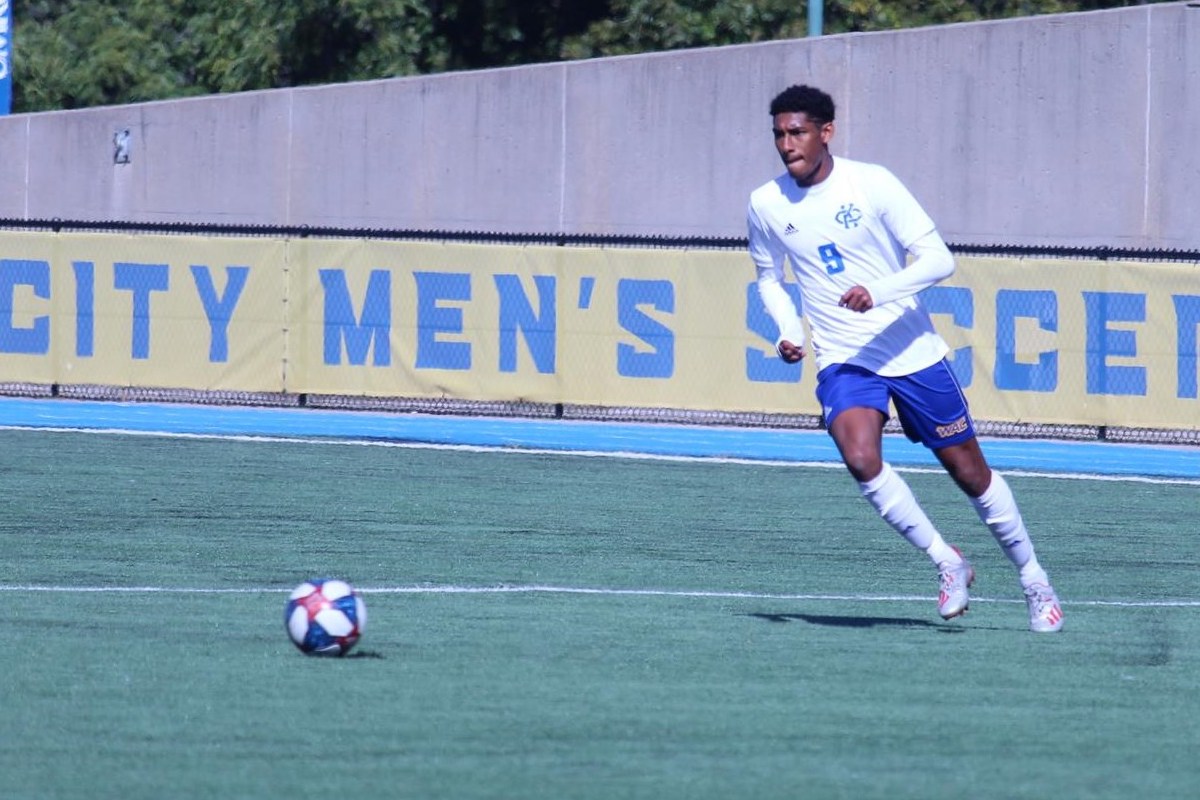 Deciding which sport to play wasn’t a hard choice for Mikhail McComie, a freshman forward on the Kansas City men’s soccer team. His father and two uncles all played soccer at the collegiate level, with one of his uncles even going pro.

Moving 2,836 miles away from his home in Arima, Trinidad and Tobago, to a school he had never even visited wasn’t a hard choice for McComie either.

“I always wanted to venture out of Trinidad and widen my horizons,” McComie said. “America has better educational opportunities. And I wanted to play soccer.”

McComie said his family is the most important thing to him and that leaving them was the hardest part of moving. He calls his family every day, even when the team is traveling.

He chose to play soccer at UMKC, despite a series of other offers, because Kansas City seemed like a great place to get a degree. He explained that a lot of soccer opportunities are in Florida, but he wanted to go somewhere out of the norm.

McComie has been surprised by the diversity at UMKC. He is fascinated by the conversations he overhears on campus and how different students’ lives and backgrounds can be.

Traveling with the team is one of McComie’s favorite parts of playing soccer at UMKC. When the team was in California two weeks ago, he was able to walk around San Jose and explore the city.

“Back home, soccer was tough, but it’s a whole different level here.” McComie said of the transition. “It’s faster and more competitive, a lot more physical.” Despite the difference, McComie has started in four out of the eight games this season.

In his senior year of high school, McComie broke a team record for goals in a season, scoring nine alongside five assists.

McComie has three years left at UMKC, but he’s still thinking about his future. He aspires to follow in his uncle’s footsteps and compete at the next level, but he isn’t letting that get in the way of his studies.

“At the end of the day, everyone on the team wants to go pro,” McComie said. “My goal is to go pro too, but my degree is why I’m here. There is a life after soccer ends.”

The men’s team has a tradition where all the freshmen have to stand on a bench in the locker room, one at a time, and sing a song while it plays softly in the background. McComie cites this moment as his favorite so far at UMKC.

While it was meant to be embarrassing, McComie said he and his teammates were having too much fun with it, and they just ended up laughing the whole time.

“Mikhail is one of the team’s jokers and is quick to pull a prank, but unfortunately most of them are on me.” said McComie’s teammate and best friend, Ryan Khedoo. “He’s a good teammate on and off the field.”

McComie has quickly grown close with his teammates, and he said their rooms being across the hall from each other makes that easy.

“I haven’t made any friends on the team—I’ve made family,” said McComie. “We are like brothers. And our coaches aren’t coaches—they are more like parents.”

After only eight weeks, McComie already considers UMKC to be his second home.