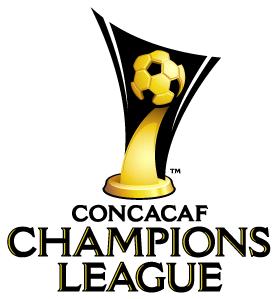 Chivas improved to four points, three behind Group 8 leader Xelaju, with an October 25 showdown against the Guatemalan side in Guadalajara, Mexico, to determine the berth in the knockout round. W Connection already had been eliminated.

Chivas is hoping to avoid becoming the first Mexican team to fail to qualify for the quarterfinals since the Champions League began in 2008.

Torres' goal in the 39th minute gave Chivas the lead, but Clyde Leon's right-footed free kick equalized in the 66th.

Despite playing without several regulars due to injury, including Omar Arellano, Rafael Marquez Lugo, Marco Fabian and Miguel Ponce, Chivas had the overwhelming amount of possession and chances through the first 45 minutes.

Connection keeper Jan-Michael Williams made several dramatic saves to deny Guadalajara, getting a right hand to block Jesus Sanchez's volley of a ball into the penalty area in the 15th, and again knocking away Xavier Baez's deflected free kick in the 36th.

Chivas continued to press and finally tallied when Antonio Gallardo sent a ball wide to Omar Esparza, who crossed it low into the middle of the area. Torres settled, turned and hit a right-footed shot that got past Williams.

The Trinidadian side had a better start to the second half, and tied the game when Leon drilled a right-footed effort from the edge of the penalty area past the left side of a five-man wall and off the fingertips of Chivas keeper Luis Michel.

Chivas continued to control the possession and tested Williams again in the 72nd when Baez's drive from distance requited the Trinidadian keeper to extend to his right to knock it away.

Chivas extended its unbeaten streak to five in all competitions, but remained winless in confederation club play in six games dating back to the 1997 CONCACAF Champions Cup.

Connection, which won't begin play in the TT Pro League until next week, finished the Champions League with two draws in four matches.