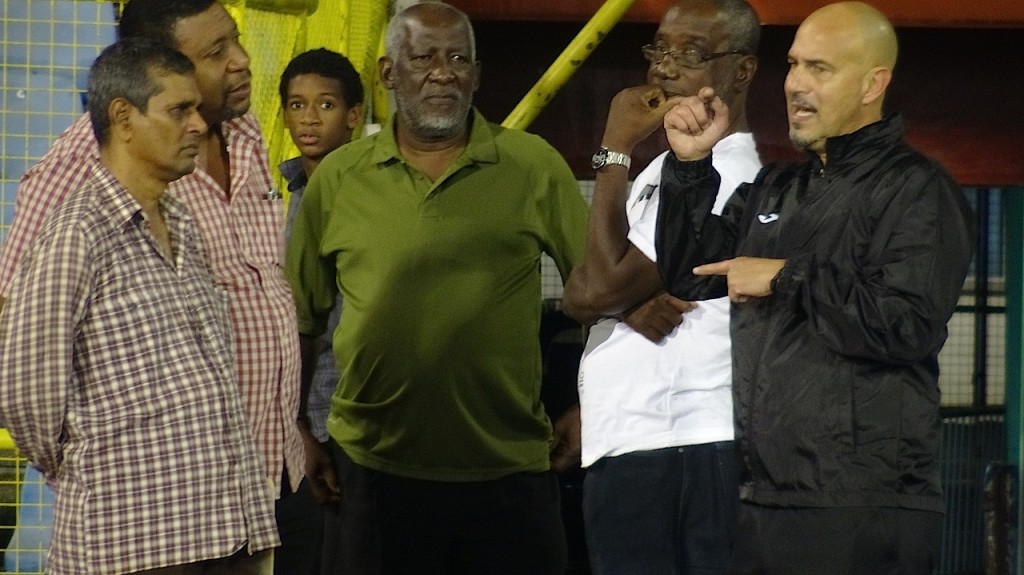 The second season of CNC3’s On The Line (OTL) hosted by Gyasi Merrique continues tonight when episode two airs from 8pm.

In this season of the series which sees a new episode aired on the last Thursday of every month until the 2018 FIFA World Cup, football remains the exclusive focus as the programme seeks to peel back the layers of local football for a closer examination of the positive and negative aspects.

Now that it has been confirmed that there will be no place for T&T at the 2018 World Cup in Russia after yet another disappointing, chaotic and disastrous campaign, OTL explores what is next for the senior men’s national programme, its head coach Dennis Lawrence and the T&T Football Association when it comes to overall development.

In focus, Lawrence and TTFA president David John Williams share their thoughts on what are the take-aways and throw-aways from this latest campaign.

Both men answer the pertinent questions relating to the construction and establishment of a ‘Home of Football’ at the Ato Boldon Stadium in Couva, and how it is expected to aid in solidifying T&T’s place as the football capital of the region as well as what is the short, medium and long term outlook for such a facility.

We also speak to president of the Secondary Schools Football League, William Wallace for a perspective on how the SSFL view its role and contribution to the growth of the beautiful game.

Wallace shares great insight into how the SSFL intends to once again become the jewel of the local football landscape by firstly seeking to engage its audiences more intimately.

The former T&T cricket board member suggests that it is high time that the SSFL and TTFA begin a more inclusive relationship which will steer football on the right path.