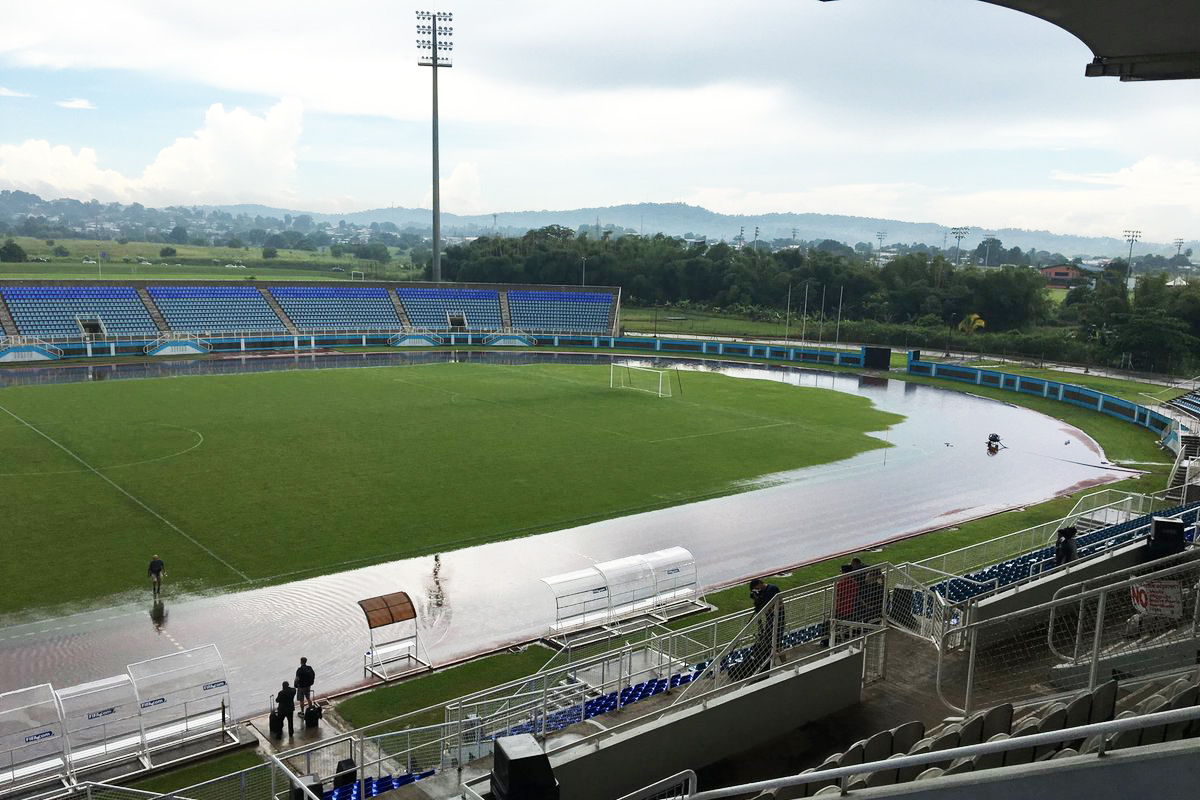 THE pair of sporting stadia, in Couva (Ato Boldon) and Marabella (Manny Ramjohn), have been affected by the persistent rainfall which have left parts of Trinidad under water for the past few days.

Kairon Serrette, facilities manager at the Sports Company of Trinidad and Tobago (SPoRTT), pointed out that the National Cycling Centre and the National Aquatic Centre in Balmain, Couva were both untroubled by the constant showers.

But the neighbouring Ato Boldon Stadium’s main and training fields have been closed for a week due to wear and tear caused by a number of downpours during this month.

The stadium was in the news for the wrong reasons on October 9 when photos of its waterlogged athletic track was shown globally, via mainstream media and social media, by the United States Soccer Federation.

Concerning the Manny Ramjohn Stadium, Serrette said, “the stadium’s management was a little concerned about the amount of games and the (inclement) weather. They may move some matches as a result.”