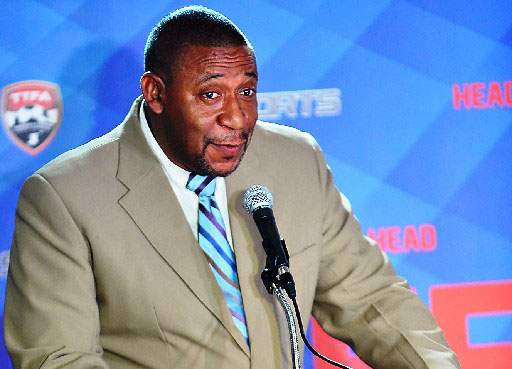 The football body’s membership has so far resisted John-Williams’ attempts to get approval for his Board’s 2016 spending, which is a prerequisite for the TTFA to receive its annual FIFA subvention of roughly TT$5 million.

Among the details that members demanded from John-Williams are contracts and proof of tender for the controversial Home of Football project, information on the secret contract signed with i95.5FM, a breakdown of the TT$1.2 million spent on legal fees in 2016 and a breakdown of the salaries paid to coaches—including several of his W Connection club’s employees like Stuart Charles-Fevrier, Brian Williams, Leonson Lewis and Clyde Leon.

Thus far, another controversial expenditure which passed under the radar was John-Williams’ use of TTFA money to host 17 Caribbean Football Union (CFU) members at the Marriott Hotel in Port-of-Spain on 17 and 18 June. The meeting was ostensibly called to pitch his ideas for a Caribbean Professional Football League (CPFL) but, held just a week before he announced his intention to run for the post of Caribbean Football Union (CFU) president, it could be perceived as an attempt to sell himself to the electorate. John-Williams was subsequently rejected at the polls.

The invoices for the CFU meeting went to the TTFA and, although CONCACAF and UEFA promised to help with the bills, it is unclear what the local football body has had to pay to further John-Williams’ regional ambitions.

In an earlier interview, John-Williams admitted that he had spent the TTFA’s money for his CPFL pitch without board approval. The TTFA Constitution does not expressly allow board members—including the president—to use football money for anything unrelated to TTFA business.

If the TTFA’s members want to hold the president’s feet to the fire over such financial matters, they will again have to sacrifice family time for that privilege as, inadvertently or not, John-Williams has again indulged his penchant for setting AGMs around red- letter days—a habit that appears to mirror a practice once used by disgraced former FIFA vice-president Jack Warner.

The date for the AGM is generally selected by the football president and approved by the Board. Three of the TTFA’s last four AGMs were held on Saturday 23 December—two days before Christmas—Carnival Friday evening and Glorious Saturday, which is the day after Good Friday and two days before Easter.

Worse, members are unsure whether the 9am trip to the Ato Boldon Stadium for next week’s AGM will be wasted or not, as John-Williams has kept a low profile since his mysterious accident last month. (Neither the President nor the TTFA has offered any details about his injury but sources alleged that it occurred at the Home of Football—a project that should no longer require his direct supervision).

Twice before, John-Williams has been a no-show at AGMs which he had scheduled and the meetings ended early since no other board member was able to provide the information requested.

If John-Williams does show up on Wednesday, he might find that the list of questions has lengthened since the last meeting as members are now more aware of some details of the football body’s legal battles with former employees like Stephen Hart, Caroline Morace, Sheldon Phillips, Clayton Morris, Kendall Walkes and Ken Elie.

Was the TTFA Board consulted before taking a position on each of these matters, which could add up to over TT$12 million, exclusive of legal fees?

John-Williams, according to a source, told the TTFA Board that his decision to ignore a television rights contract made, indirectly, with Telemundo was supported by attorney Reginald Armour SC. However, Armour SC quickly gave up the brief and is no longer representing the football body in the High Court matter.

Were the TTFA members to ask Armour to share the legal advice he offered to John-Williams, would it match what the president verbally told the Board?

And, if John-Williams is found to have misinformed the Board or exposed the football body to million-dollar legal suits without the necessary consent, might he be found personally liable?

Of course, seven months after the John-Williams-led Board first attempted to pass its financial statement for the president’s first year in office, the most pertinent question of all might be this: how much longer will the TTFA’s members attend AGMs and leave with their queries unanswered before they formally declare “no confidence” in the leadership?