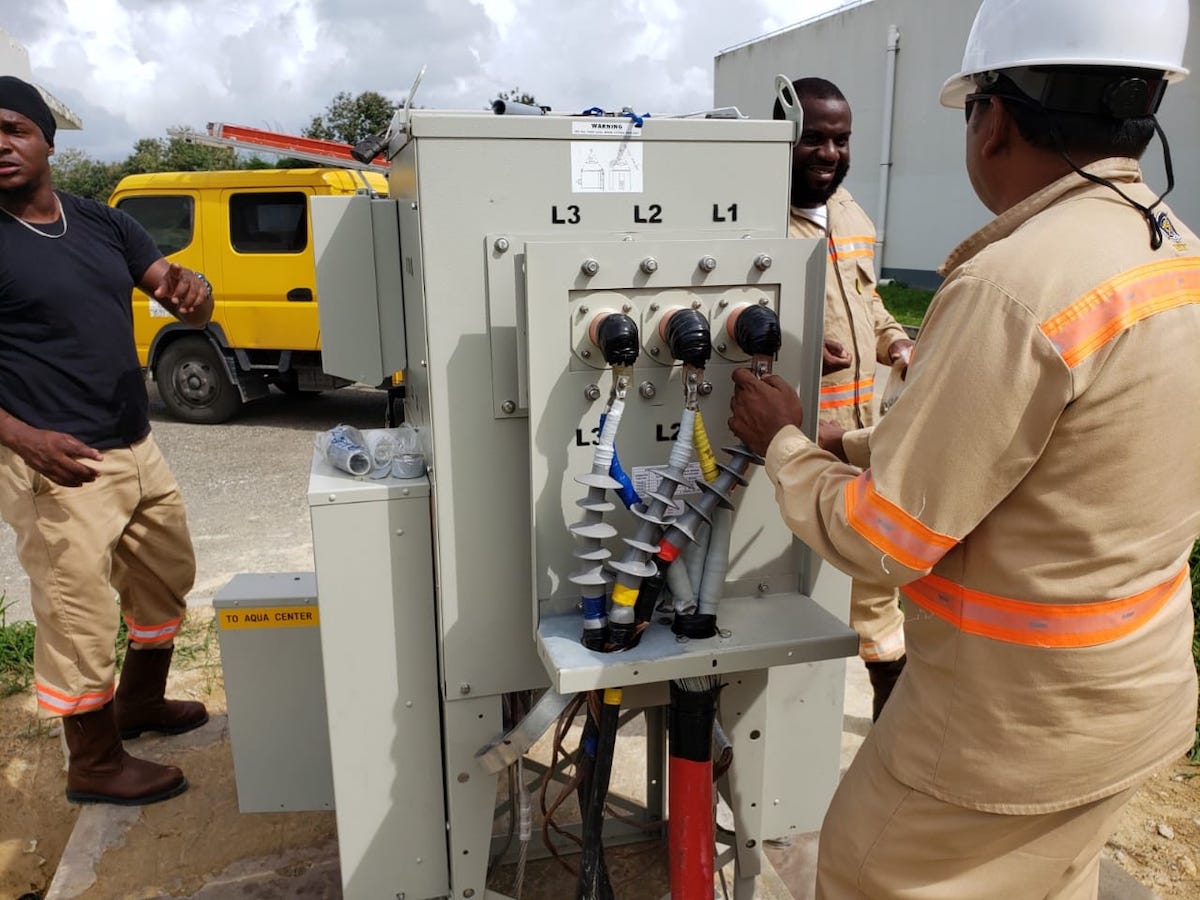 TTFA President, David John Williams made the announcement of this historic event, stating, “It is the first time in the 111 year existence of the Association that the TTFA has two properties connected to the National Electrical Power Grid.”

Mr John Williams expressed thanks to all who contributed and provided the support have this achievement made possible.

He thanked all the persons at T&TEC, names to numerous to mention, in particular the personnel at SporTT for their patience and understanding, despite the inconvenience of having to shut down their facilities to make the connection possible.

The TTFA President thanked all members of the TTFA for their belief, support, trust and demand for accountability and transparency in sharing the vision for the significant revenue generating benefits to be derived from the TTFA for the first time in its history, having its Home of Football.