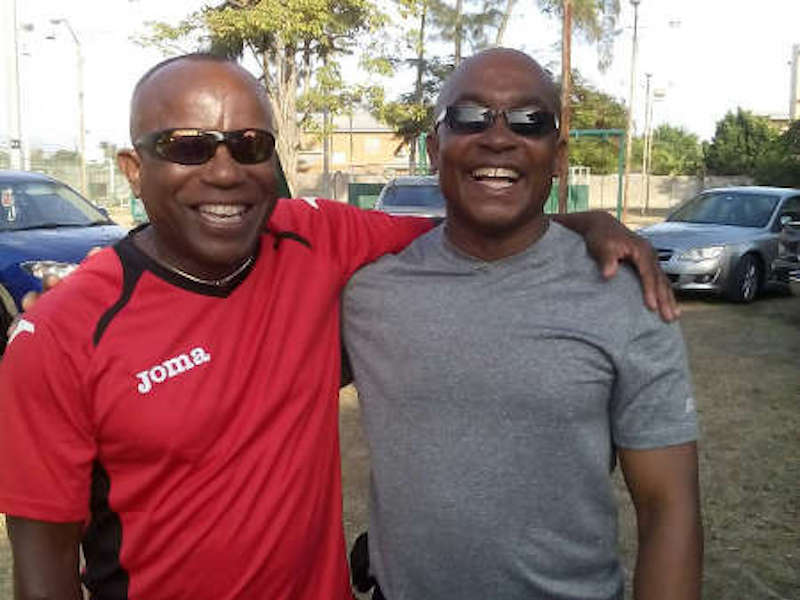 Former T&T  Football Association (TTFA) technical director Kendall Walkes is set to receive a small portion of the over US$783,000 (TT$5 million) owed to him by his former employer.

Walkes, who won the sizeable payout at the end of his wrongful dismissal claim against the TTFA in September, last year, is expected to receive a little over TT$300,000 of the judgement sum, later this week, after High Court Master Martha Alexander completed his garnishee proceedings on Monday morning.

In such proceedings, a third party such as the TTFA's bank, First Citizens Bank, is called upon to clear a debt using funds it (the third party) owes to the debtor.

Once FCB completes Alexander's order by paying Walkes the entire contents of the TTFA's six bank accounts, a freezing order barring the TTFA access to its accounts will be lifted.

However, Walkes may bring similar proceedings to refreeze the accounts and recoup the remainder of his payout as soon as additional funds are deposited. Similar action was taken against the TTFA by the National Futsal Team, last year.

In her oral judgement, High Court Judge Joan Charles ruled that Walkes had been wrongfully dismissed by the TTFA in March 2016.

Charles rejected claims from the TTFA that Walkes contract should be deemed void because it was signed by one witness as opposed to two and as it contained incomplete paragraphs.

"I found it surprising that the defendant would have disputed the validity of the contract," Charles said.

She stated that it was validated by both former TTFA president Raymond Tim Kee and general secretary Sheldon Phillips, who testified on Walkes' behalf, and through evidence over the parties' conduct after it was signed.

In her judgement, Charles ruled that Walkes, who earned a monthly salary of US$10,000 and a US$3,000 housing allowance, was entitled to compensation for the two remaining years on his contract as well as for several months when he did not receive a salary before his contract was eventually terminated.

Charles also upheld a clause of his contract, which gave him the option to renew it for another three-year term. The decision meant that he also had to be compensated for that period.

In the lawsuit, Walkes, a youth coach from Pennsylvania provided details over how he got the job in 2015.

According to Walkes, he was coaching in the United States (US) Virgin Islands, when a colleague from the State Association for Youth Soccer in Pennsylvania recommended him for the job based on his experience and his Trinidadian heritage.

Walkes claimed that he had a telephone interview before being invited for another while he was in Trinidad to attend his sibling's funeral in February 2015.

He claimed that he was officially offered the position during the meeting with Tim Kee, Phillips and then the national team manager and current TTFA President William Wallace.

Walkes claimed that despite honouring the requirements of his contract, he was terminated after former TTFA president David John-Williams took up his post.

In it defence, the TTFA alleged that it broke the contract after Fifa officials wrote to it and raised issues over his reported TT$93,000 a month compensation package, in light of the association's well known financial constraints.

Walkes is being represented by Keston Mc Quilkin and Keisha Roberts-John, while at the last two hearings the TTFA did not have any legal representatives.

FORMER TT Football Association (TTFA) technical director Kendall Walkes is likely to receive a small portion of the over US$783,000 (TT$5 million) owed to him by the football body after a High Court Master approved his garnishee proceedings on Monday.

Walkes, who was ordered to receive the multi-million payout in 2019, will receive a little over TT$300,000 as part of the garnishee order approved by Master Martha Alexander.

Once FCB completes the garnishee order, then the freeze on TTFA’s accounts will be lifted and the association will have access to its six accounts.

Walkes is expected to file other similar applications as he seeks to recover the full amount.

Walkes was fired from his post after less than one year on the job in 2015, and sued the TTFA for breach of contract. He was offered the position during a meeting with the association’s former president Raymond Tim Kee and two other executives and had been recommended by a colleague from the State Association for Youth Soccer in Pennsylvania, where he is based. At the time, he was coaching in the US Virgin Islands.

In its defence, the TTFA claimed it broke the contract with the technical director after Fifa officials wrote to it and raised issues over Walkes’ compensation package in light of the association’s financial constraints.

It also alleged the contract was not valid.

In September 2019, Justice Joan Charles said she had no problems finding that a valid contract existed between Walkes and the TTFA.

The judge said the TTFA had set the terms of the contract and Walkes complied.

“There was clearly an intention to create legal relations,” Charles held.

She added, ““I found it surprising that the defendant would have disputed the validity of the contract.” She also ruled that there was no merit to the grounds of challenge raised by the TTFA that there were flaws in the contract which FIFA raised and that the contract was only witnessed by one person as opposed to two as required.

In her decision, Charles held that Walkes was entitled to US$65,000 for several months of the contract, from March 2015, when it was signed, to April 2016.

She also said he was owed US$250,000 for April 2016 and March 2018, when the contract would have ended and that he had the option to extend the contract for another three-year term so he was entitled to compensation for it.