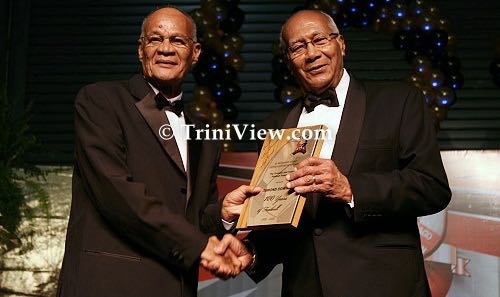 OSMOND DOWNER has raised the point that FIFA might have flouted its own rules in its hurried removal of the William Wallace-led Trinidad and Tobago Football Association executive last March.

Downer’s reaction came after Justice Carol Gobin’s ruling gave Wallace permission to challenge FIFA’s decision to dismiss his four-month-old executive without notice or a hearing. Downer felt that natural justice was not served and that FIFA might have broken its own statutes when unceremoniously making themselves TTFA bosses, through the appointment of a Normalisation Committee headed by local businessman Robert Hadad.

“One part of FIFA statutes states that the (FIFA) Council, for serious reasons, can remove the executive of an Association,” Downer stated, “That is the Council. Not this ‘Bureau’ that made this decision way up in March. It was only confirmed by the Council two weeks ago.”

Downer, the main fashioner of the TTFA constitution, questioned how a third party could come in and just remove the executive when the TTFA’s own constitution states those officers can only be removed by the “general meeting” which comprises all TTFA member representatives.

“Remember, this constitution was approved by FIFA,” Downer pointed out.

The former school principal and FIFA referees’ instructor also felt FIFA did not go about the process of removing the TTFA executive in just fashion.

“The removal of people such as president, and from national football association and so on, is a serious matter,” he said, “It is a dismissal of the person from a high office.

“In all, all democratic societies, the laws, courts recognise something called the law of natural justice. The removal of somebody from high office is a punishment. They are punished. The laws of all democratic countries recognise that nobody should be punished unless that person has a chance to state his or her case. That is fundamental in law. It is in the TTFA constitution and FIFA statutes.”

Downer continued: “The person must be informed of what they are charged. Secondly, the person must be given an opportunity to appear and defend him or herself. It is in the TTFA constitution and it is also in FIFA statutes. And that was not done here. It wasn’t done,

“The first time these officers knew they were dismissed is when they read it in the press. That was wrong; you must give the person a chance to say something in their defence. This wasn’t done.”

Harbour View Football Club Chairman Carvel Stewart believes the chances of FIFA enacting a normalisation committee to take over operations of the Jamaica Football Federation (JFF) in the future are low, after football’s global governing body suffered a major legal setback in their dispute with the Trinidad and Tobago Football Association (TTFA).

Stewart’s comments come after last Thursday’s ruling which saw the Trinidad and Tobago (TT) High Court refuse FIFA’s request to elevate the legal dispute between FIFA and the TTFA to the Court of Arbitration for Sport (CAS). The decision handed down by court justice Carol Gobin also denied FIFA’s request for a stay of proceedings, giving them 21 days from Thursday to file their defence.

The November election of TTFA’s executive body, led by President William Wallace, and FIFA’s subsequent implementation of its normalisation committee to manage TTFA’s affairs are at the heart of the dispute.

Stewart, who was vice-chairman of the Premier League Clubs Association, believes that should Jamaica face a similar situation, the ruling could set a precedent that would make FIFA rethink taking a similar stance.

“I suspect, quite frankly, that FIFA will now be hesitant in taking such a fundamental step as literally overthrowing an elected organisation and putting in a normalisation committee,” Stewart told The Gleaner.

In March, FIFA instituted the committee because of TTFA’s poor financial outlook, which they claimed they uncovered during a fact-finding mission with Concacaf and an independent auditor. However, the TTFA in a statement in May said that FIFA was abusing its power, and argued that the financial issues were caused by the outgoing administration.

An attempt at mediation in June was unsuccessful as FIFA withdrew from proceedings, saying that they did not recognise Trinidad’s legal process in the matter, and requested to be heard by CAS.

Stewart described the ruling as ‘groundbreaking’ because of the rarity of a FIFA member association taking the organisation to civil court. He says should a similar situation happen in Jamaica, the ruling could provide reference for any future decisions.

“FIFA would not want to repeat that process because of the way the ruling has gone in T&T,” Stewart said. “They (FIFA) have always seemed to operate with impunity, but this has now opened the door quite wide.”

FIFA has threatened to sanction the TTFA over their pursuit of the case, but attorney Crystal Paul, a member of the TTFA’s legal team, used Judge Gobin’s summation to address the possibility of such action.

“It would be wrong of me to comment on the hypotheticals except to echo the sentiments of the judge when she said ‘we do not expect FIFA to walk off the field or to take its ball and go home if, after full ventilation of the issues, the court were to confirm the primacy of an act of Parliament of the Republic of Trinidad and Tobago over FIFA statutes’,” Paul said.

Another member of the TTFA’s legal team, Jason Jones, believes that the ruling forces the legal system of Trinidad and Tobago to be respected.

“Whether it’s T&T, Jamaica, Grenada, [if] any sovereign nation establishes a body by an act of Parliament and that body cannot access the local courts, then certainly it raises fundamental concerns. And this ruling clears the air and settles the issue as far as Trinidad and Tobago football is concerned,” Jones said.

FIFA has insisted that its dispute with Trinidad and Tobago has to be resolved at the Court of Arbitration for Sport (CAS) or else it will take action.

Football’s international body yesterday issued what seemed a final warning to the country ahead of today’s 70th FIFA Congress in Zurich, Switzerland.

The Congress starts at 9 a.m. as an online event and will be streamed on FIFA.com. Point four on today’s agenda is the suspension or expulsion of a member association.

“The insistence of the former TTFA leadership to bring this matter to a local court instead of the established dispute resolution forum at CAS greatly endangers the overall football structure in the country and endangers the position of Trinidad and Tobago football internationally,” FIFA said yesterday in a media release.

“The absence of a resolution that is in line with the statutes of both FIFA and TTFA will result in the matter being brought to the attention of the relevant FIFA bodies for consideration and potential further action.”

The Congress gives FIFA the framework to suspend T&T if it so desires, after the TTFA flouted one of FIFA’S most intimidating statutes by taking the world body to the country’s High Court.

The “United TTFA” faction of the local association, led by president William Wallace, challenged FIFA’s March 17 decision to replace the executive with its own normalisation committee.

And in a landmark decision, Justice Carol Gobin gave them leave to challenge FIFA’S decision before the High Court while affording FIFA seven days to appeal or 21 days to prepare its case.

Prior to that ruling, the world body had stated “FIFA does not, and will never, accept the jurisdiction of a local court in Trinidad and Tobago to decide on the legality of the appointment of the normalisation committee currently appointed to run football in the territory.”

Even so, FIFA indicated yesterday it would be lodging an appeal against the ruling.

“This appeal is a formal step, and as football’s world governing body, FIFA further insists that the only recognised path to resolve such a dispute is the Court of Arbitration for Sport.”

“If they have (appealed), I am not aware of it,” United TTFA attorney Matthew Gayle said. “(But) if it was filed tomorrow, I don’t think there is anything we could do about it.”

Aware of the agenda contents of today’s FIFA Congress, Gayle said it was a “standard agenda item” so he did not know if T&T had been tabled.

Caribbean Football Union (CFU) president Randy Harris had expressed concern, in an I95.5FM radio interview, that T&T’s bold action would bring sanctions, given that the court judgment set a previously untested precedent to other member associations (MAs) that FIFA could be challenged.

“This is a big, big decision in the football world because all of the MA’s (are) at this time believing they play under the FIFA statutes and their governance,” Harris said.

After challenging FIFA’s decision and winning the first motion in court, ousted TTFA president Wallace recently told the ­Express that his was a journey to be heard. He said he was prepared to face ­whatever would be the ­consequence.