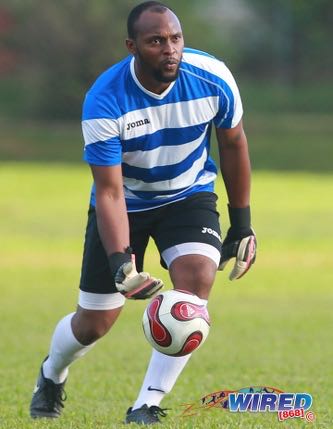 “[…] I imagine the people who support Fifa’s intervention, in the face of a High Court ruling, would give this advice to their children: ‘When you’re accepting payment from someone, abuse is justified’…”

The following Letter to the Editor on Fifa’s takeover of the Trinidad and Tobago Football Association (TTFA) was submitted by Trinidad and Tobago Men’s National Under-15 Team and Presentation College (San Fernando) goalkeeper coach, Jefferson George:

So in the era of #BlackLivesMatter and the outcry for social justice, must we accept Fifa pushing a knife down our throats once they are also putting a few sweets into our pockets?

I imagine the people who support Fifa’s intervention, in the face of a High Court ruling, would give this advice to their children: ‘When you’re accepting payment from someone, abuse is justified’.

I encourage everyone interested in the Trinidad and Tobago football fraternity to read Judge Carol Gobin’s ruling and examine her judgement against Fifa. Regardless of our personal feelings about the individuals involved, the world’s governing body obviously does not apply its ‘fair play’ mantra to its own operations.

We love invoking Rosa Parks and her stance—or more literally sit-in—against segregation without recognising the personal consequences she endured in doing so. Freedom and liberty always comes with a high price because those who benefit from maintaining the status quo will fight to keep it in place.

So it is evident, if the efforts against injustice is weaker than the unjust systems themselves, then those systems will all remain in place—doling out crumbs to give the appearance of benevolence, while becoming fat off of the work of its participants.

Are you willing to pay the price for justice, T&T?

Downer: Fate of TTFA NOT on Congress agenda; so Fifa can’t suspend T&T on 18 Sept.
Wired868.com.

“[…] I have made inquiries about the deliberations of the last Fifa Council Meeting of about three weeks ago, and I have been reliably informed that the only matter that came up concerning the TTFA was the ratification of the Bureau’s decision to install the normalisation committee…”

The following is a release by TTFRA vice-president Osmond Downer, one of the framers of the TTFA Constitution, on the move to oust president William Wallace and vice-presidents Clynt Taylor, Susan Joseph-Warrick and Sam Phillip; and a possible suspension by Fifa:

Please allow me to comment on certain statements emanating from some stakeholders in football in the country concerning the request for an Extraordinary General Meeting of the TTFA to consider the removal of the officers of the TTFA.

[Those officers] were duly elected at the November 2019 AGM of the TTFA and are also expressing concerns about a possible suspension or expelling of the TTFA by Fifa, especially in light of Fifa’s recent letter calling on the elected officers to withdraw their matter from the local High Courts by 16 September, with the pending meeting of the FIFA Annual Congress on 18 September.

The stipulations for requesting an EGM are clearly stated in Article 29 of the TTFA’s Constitution: ‘More than 50% of the accredited delegates to the General Meeting (not of the members) must make the request in writing’.

The composition of the General Meeting of the TTFA is stated in Article 22 of the Constitution. Note that the total number of delegates allotted is 47; therefore, a number of at least 24 of the accredited delegates is needed to request a valid EGM.

Now, let us deal with the requested dismissal of the elected officers. Again Article 38 of the TTFA’s Constitution is clear on this. Note paragraph two: ‘The motion for dismissal must be justified. It will be sent to the members of the [board of directors] and/or to the members along with the agenda’.

Note also paragraph three: ‘The person or body in question has the right to defend him/herself’. Also paragraph four: ‘The motion for dismissal shall be decided by means of secret ballot. For the motion to be passed, a majority of three quarters of the valid votes is required’.

How are we to achieve secret balloting in a virtual meeting in these Covid-19 times?

Fifa has not suspended the Constitution of the TTFA. Also Fifa has not abolished the standing committees that were constitutionally created by the BOD before the advent of the normalisation committee.

I shall not deal here with the merits or demerits of Fifa’s removal of the TTFA’s Executive and its replacement with the normalisation committee. This matter is now before the highest courts of the country and may very well be sub judice.

Now, a look at the hysteria surrounding the possible suspension or expulsion of the TTFA at the upcoming Fifa Annual Ordinary Congress on 18 September.

First, look at the agenda for the Annual Congress. Yes, there is an item (f) on the agenda: Suspension or expulsion of a member (if applicable). This item is standard for all Annual Congresses.

Contact has been made with Caribbean Colleagues who will be attending the September 18 Congress and I have been informed that the mandatory agenda and accompanying documents sent to them have all made no mention whatsoever of any motion to suspend or expel the TTFA.

The motion to suspend or expel a member can be put before the Annual Congress only by the Council of FIFA—by no other body or person. I have made inquiries about the deliberations of the last Fifa Council Meeting of about three weeks ago, and I have been reliably informed that the only matter that came up concerning the TTFA was the ratification of the Bureau’s decision to install the normalisation committee.

No decision was taken to recommend the expulsion or suspension of the TTFA to the Congress.

Editor’s Note: Fifa president Gianni Infantino cannot put the possible suspension of the Trinidad and Tobago Football Association (TTFA) on the agenda in time for the 18 September Fifa Congress.

As such, Fifa can temporarily suspend the TTFA through its Bureau of the Council and the local body will remain suspended until the Council—and ultimately the Congress—meets to decide whether to accept or revoke the Bureau’s decision.