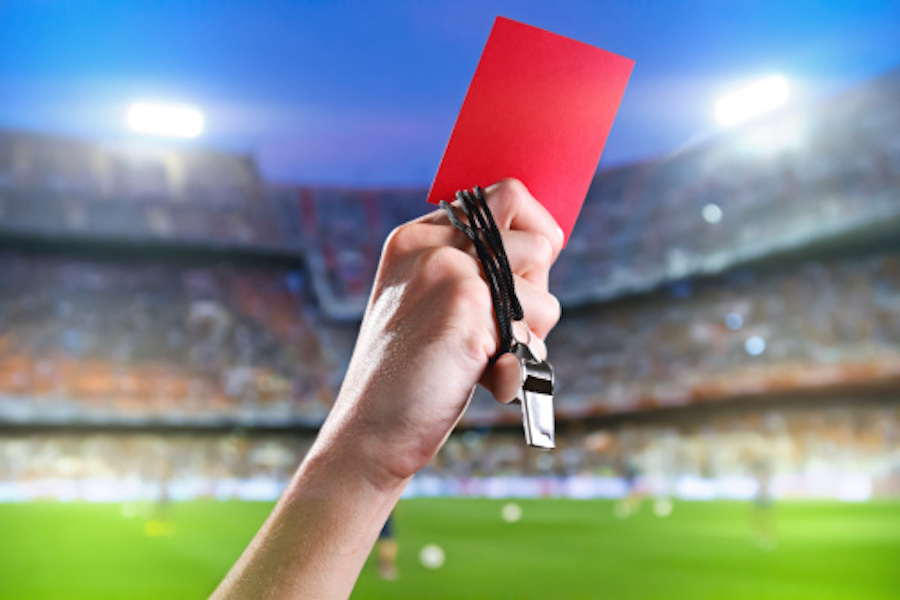 Last month, I launched a monthly series called “What’s up with…” in which I invite an expert to explain how things are going in their country, with a situation or another topic in the area of expertise.

Lasana Liburd doesn’t want to be as much of an expert into federation drama as he is, but the long-time sportswriter in Trinidad and Tobago once again finds himself calling officials, covering court dates and, lately, trying to figure out of the Trinidad and Tobago Football Association is going to be suspended from FIFA.

That may happen because just months after William Wallace (yeah, freedom, lol, we’re going to have to get past that) defeated David John-Williams to become president of the TTFA, FIFA stepped in to say the federation was being financially mismanaged and named a ‘normalisation committee’ headed by Robert Hadad.

Lasana’s coverage at Wired868 is must-read for those looking to keep up with the situation daily, but I asked Lasana if he’d give us more of a macro-view of the situation and was thrilled he agreed to take his time to do so:

JA: Thanks for doing this, Lasana.

It's probably too broad of a question to simply say, "What's going on between FIFA and the TTFA" so let's go to the beginning. Tell us about the FA elections in November and why FIFA is saying it needed to get involved.

LL: If we start with the elections in November, one must note that six days before the elections (FIFA president Gianni) Infantino flew in to Trinidad to ‘open’ the Home of Football facility — although in fact the building was unfinished and uninsured for commercial use — and in that opening he praised the stewardship of incumbent president David John-Williams and described him as a ‘teammate’

The context there is, apart from arguably inserting himself into the election process of an autonomous body, Infantino, four months later, would point to the dire state of the local game as the reason for FIFA to interfere. But between his speech and the time of implementating the normalization committee, there was no separate audit statement or anything of the sort to make the new leadership culpable for the mess.

In fact, the new leadership proved that it was working to address lapses in the financial structure of the body. So how could Infantino praise the structure of the TTFA one minute and then shut down the identical structure four months later because someone else was at the head of it?

Now this is not to say the new leadership has not made its own errors. But the reason given by the bureau of the FIFA council for normalizing Trinidad and Tobago flies in the face of Infantino’s speech last November.

JA: So, just to make sure we have it straight: FIFA is saying 'The local game is in a bad state,' and the current TTFA president, William Wallace, is saying, 'Well, you have to give us time to fix it and we already started,'? Or is there more to the initial position on either side?

LL: There is a little more to it on both sides. But I think the starting position ought to be how does Infantino, as head of the bureau of the FIFA Council, justify ejecting the elected officers of the TTFA in March for a situation that was almost exactly the same the previous November when he was gushing in praise at the football body?

JA: Right, so let's move into some of the fallout. There have been lawsuits, threats, all sorts of things happening.

What's the latest on the case and, perhaps most critically, how likely do you think it is that FIFA would suspend Trinidad and Tobago?

LL: Well, only FIFA can know how serious they are about the threats. In terms of negotiating, Infantino has been abysmal.

His offer to Wallace is essentially, ‘Leave or we will victimize your entire nation’s football programme.’ So, who is the bad guy in that scenario? Some might say Wallace, but just as many would say Infantino.

And if Wallace does leave he is forgotten in a few months or just remembered as the guy who got the boot. So there is some upside to Wallace hanging on from a personal standpoint and almost none for him walking.

JA: It definitely seems like FIFA has been sort of 'all or nothing' in its position. And yet, it does have some defenders in Trinidad and Tobago, right?

I know Brent Sancho, who our audience will likely remember from his playing days and now is the Pro League chairman if I'm not mistaken, seems to support the normalization committee. Is that simply loyalty to the past administration or is there a larger faction of people in football in Trinidad and Tobago who do think Wallace should step aside?

LL: First of all, politics is about power and Sancho has been a politician for some time now. If any elected official is in trouble, there will be some whose first notion is: How can I benefit?

Sancho’s record in local football now is one of debt and false promises for his players and it’s really sad. Google: ‘Carlos Edwards’, ‘Sancho’ and ‘Wired868’ and see what his former World Cup teammate had to say. Most players here are kids trying hard to make a living and don’t have a voice like Edwards to carry their grievances. But he is facing legal action.

Now, there definitely ARE people who are not political opportunists who are also very concerned about what Wallace is doing. Footballers, and their parents, generally just want the game to play. And you have other football stakeholders who are worried about what the impact might be.

Those people generally think that Wallace is right and FIFA is wrong but believe (Wallace) should back down anyway because the price for the footballers is too great.

Infantino is banking on that faction pushing Wallace into stepping aside. It’s not like FIFA wants Trinidad and Tobago banned. Infantino was here just last November and he probably has made four or five visits here since he was elected. In fact, I think Infantino backed himself into a corner too but his sheer incompetence and lack of foresight. So now it is also a matter of pride.

JA: Is that what it's about for Infantino and FIFA? They've picked a fight and now they have to finish it? Like, they could point to the local court decision and say, 'Ah, our bad,' but it's gone too far for that?

LL: A high court judge has gave her reasoning as to why FIFA’s normalization clause contradicts its own statutes. Understand that it’s not only in violation of the TTFA constitution but FIFA’s statutes itself.

But then we should all be able to see that ourselves

The FIFA statutes say for a country to be suspended, two thirds of its 211 member nations must agree to do so. Right?

Now normalization is a similar action in that you remember a member association’s elected officers and board in one swoop. If FIFA statutes felt the removal of a member nation was so serious that over 150 member nations had to agree before it can be done, how is it that the Bureau of the FIFA Council, which is Infantino and six confederation representatives, can do it in one meeting?

What in FIFA statutes suggest that a decision that ought to be made by over 150 countries can somehow also be made by four people (which would be the majority in a seven member meeting)?

I think Infantino and FIFA need to address that. I also think that if Infantino cannot get the newly elected president of a functionally bankrupt football nation to sit across the table from him and take his advice on board, then he really doesn’t have the quality to run a billion dollar company like FIFA.

The disagreement with the TTFA never should have gotten this far. So now Infantino must choose between what his right for his organization long term, or pride.

JA: So, what’s the knock-on effect for the senior men's national team and the rest of the football teams in the country? Obviously a suspension would be disastrous but if it doesn't come to that, does this affect the Soca Warriors, the women’s national team and others or is it somewhat separate?

LL: The Soca Warriors have been in free fall for the last five years under David John-Williams, who is the president that Infantino wants for Trinidad and Tobago. Under DJW our debt rose from about $2.7 million USD to about $7 million, and the team went from 49th in the FIFA rankings to 104th.

FIFA was very happy with DJW and Infantino referred to him as his ‘teammate’ six days before the election last November. So he can’t pretend to be concerned about how well Trinidad and Tobago does as a nation. Nobody will buy that.

Wallace has absolutely cocked up his first set of business deals as TTFA president. Personally, there are very good reasons for him to be removed. But Trinidad and Tobago knows all about FIFA morality and all about FIFA’s meddling. So for many people, FIFA is the last one we want around trying to ‘help’.

After FIFA gave Jack Warner absolute authority over the Caribbean for close to three decades, all Trinidad wants now is a chance to build its own game without Zurich trying to manipulate things for its own interest.

JA: Seems totally fair to me. Hopefully the situation works out and the players and those growing the sport are the ones who truly benefit.

Thanks again to Lasana for his time. Make sure you follow him on social media and click over to his website to support his work on an important story in the region!