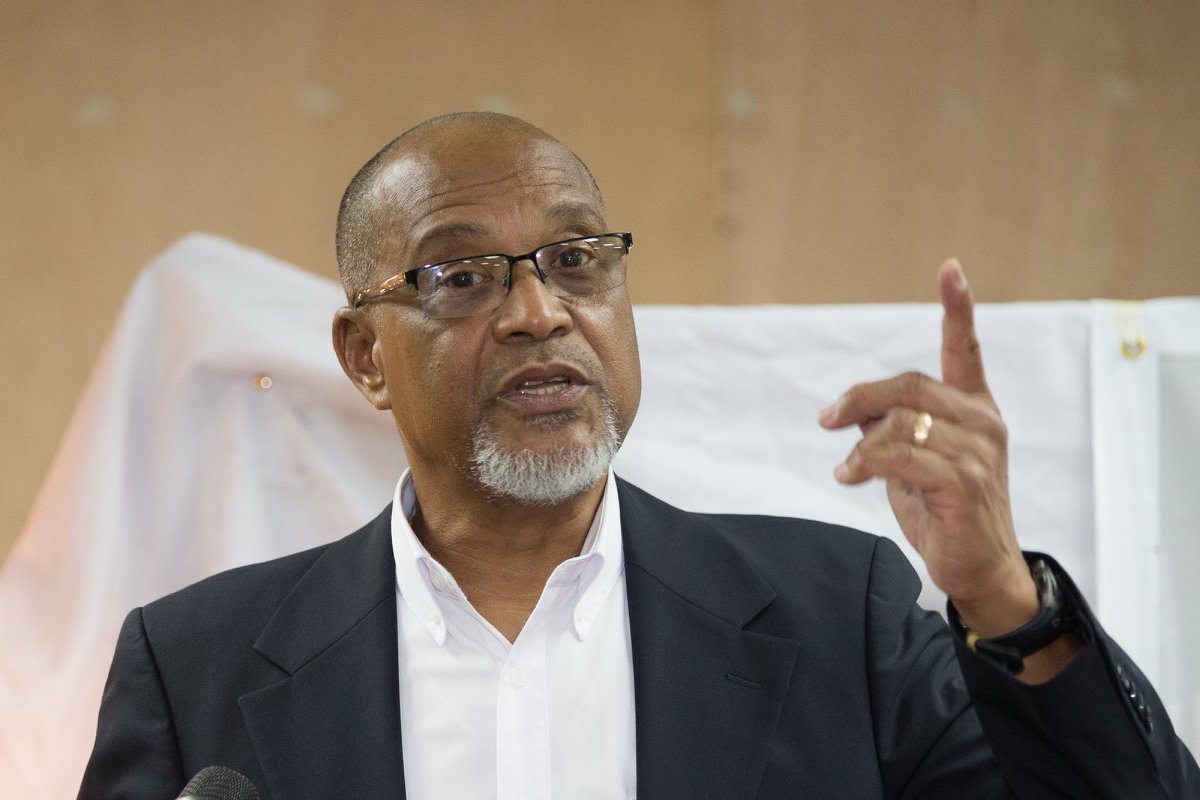 Four days after the embattled T&T Football Association (TTFA) president William Wallace and his United TTFA executive team won their controversial lawsuit against FIFA in the T&T High Court when Judge Carol Gobin ruled that FIFA's move to appoint a Normalisation Committee led by businessman Robert Hadad to replace Wallace and his team was illegal, null and void and of no effect, Keith Look Loy, who was instrumental in the United TTFA team battle in every aspect and at every stage, has resigned.

His resignation also comes less than 24-hours after Wallace and third vice-president Joseph Sam Phillip met Prime Minister Dr Keith Rowley, Stuart Young, the Minister of National Security and Shamfa Cudjoe, the Minister of Sport and Community Development at the Office of the Prime Minister at the Diplomatic Centre in St Ann’s to find a way forward for the sport.

Look Loy, who has been at the centre of all the United TTFA decisions leading up the TTFA elections on November 24, 2019, and then challenging FIFA to remove the elected officers of the TTFA in court, was not invited to the PM meeting.

"On Wednesday 14 October Justice Carol Gobin delivered her judgment in the matter of TTFA v FIFA, declaring the William Wallace administration to be the lawful leadership of the Association. As promised by United TTFA, an Extraordinary General Meeting of TTFA's membership has been called for 25 October. As a member of the TTFA Board I approved the calling of that meeting. Now that the central issue of the legality of FIFA's actions has been adjudicated, it is time for TTFA's membership to decide the immediate political direction of the Association.

For my part, I have run my race - not only in this matter but in football as a whole. In the aftermath of the seven month battle between United TTFA and FIFA, with conflicting emotions I resign the positions of TTSL President, TTFA Board member, and TTFA Technical Committee chairman. These resignations are effective immediately.

I was born in 1953 under British colonial rule, which our people historically resisted. I am old enough to remember the raising of "the red, white and black" at magical midnight on 31 August 1962, under the watchful eye of Dr. Eric Williams. Today we are the sovereign Republic of Trinidad and Tobago, responsible for and to ourselves. I have experienced the transition from subject of a foreign power to citizen of a sovereign state, and I have lived the joys and sorrows, the highs and lows of independence from foreign rule.

Football has been my lifelong love and labour. I participated in and represented Trinidad and Tobago football, on and off the field, for more than fifty years. Never did I think the day would come when a foreign entity would attempt to seize control of our football. To see many fellow citizens hysterically rationalize, aid and abet this is unbearable.

I will always stand by the sovereignty of our country, its laws and its institutions. I am proud to be a member of United TTFA, which won the historic legal campaign to reject FIFA's grotesque and illegal attempt at external intervention. The rule of Law in Trinidad and Tobago has been upheld by our independent court. But the import of this victory is not limited to our shores. It bears global significance. Trinidad and Tobago has now set the stage for other countries to challenge FIFA's arrogant and brutal approach to global football governance. And the spotlight is now on FIFA, which must end its arbitrary and weaponized deployment of the Normalization Committee against administrations it does not favour, and which must now institute objective criteria and proper protocols for the use of said Committee to resolve legitimate and intractable governance problems in member Associations.

On Sunday 25 October the membersip will be faced with choices: to support the Wallace administration in its other legal battles (in the Appeal Court and in CAS); to call on Wallace to end the legal campaign; to call on him and the officers to resign or to seek to remove them; to call on the government to amend Act 10 of 1982 to allow for FIFA intervention in TTFA governance; and to call on FIFA to enter Trinidad and Tobago to exert control over TTFA. Such is Democracy and I will respect it. But I remove myself from the equation. I will not be involved in that debate because I believe the legal campaign has run its course, and no matter the decision in either legal forum, it is the membership that will have to decide on TTFA's immediate direction. Sunday 25 October is Ground Zero.

In the grand scheme of things, however, it is clear to me that the membership wishes to participate in global football even if it means bowing to FIFA, and voluntarily ceding our right to govern ourselves and to resolve the problems and crises of our independence and sovereignty. I accept that political reality.

When the founding members of our league invited me, on its establishment on13 December 2016, to become interim President, I made it clear I would serve one, and only ONE, term of office. Office holds no irresistible charm for me. After the League successfully fought David John-Williams for TTFA membership, my official term of office began upon my election in August 2017 (to end in August 2021). So I depart early.

It has been an honour and and a privilege to serve Trinidad and Tobago football these many decades, and as Super League President for just over three years. I sincerely thank the TTSL Board, all the comrades in arms and member clubs who supported me in pursuing the league's agenda, even in the most difficult times, and in defending its autonomy from external and internal attack. I thank my United TTFA comrades - William Wallace, Clynt Taylor, Susan Joseph-Warrick, Joseph Sam Phillip and Anthony Harford - and our intrepid legal representatives - Matthew Gayle, Dr. Emir Crowne, Jason Jones and Crystal Paul of New City Chambers - for fearlessly standing against Goliath in defence of principle and the dignity of our people.

Now my work is done, and I leave the league financially solvent and politically strong. But I caution the membership to be vigilant, to guard their independence jealously. I make way for those who wish to assume the leadership of the Super League, and who believe they could do better. I leave Trinidad and Tobago football, head high and satisfied that I made my contribution with the best of intentions and to the best of my ability. Ultimately, the lasting judgment of our actions will be provided by History."

Good luck to all.

"What we do now echoes in eternity." Meditations (Marcus Aurelius, Roman Emperor and philosopher, 121 to 180 AD).