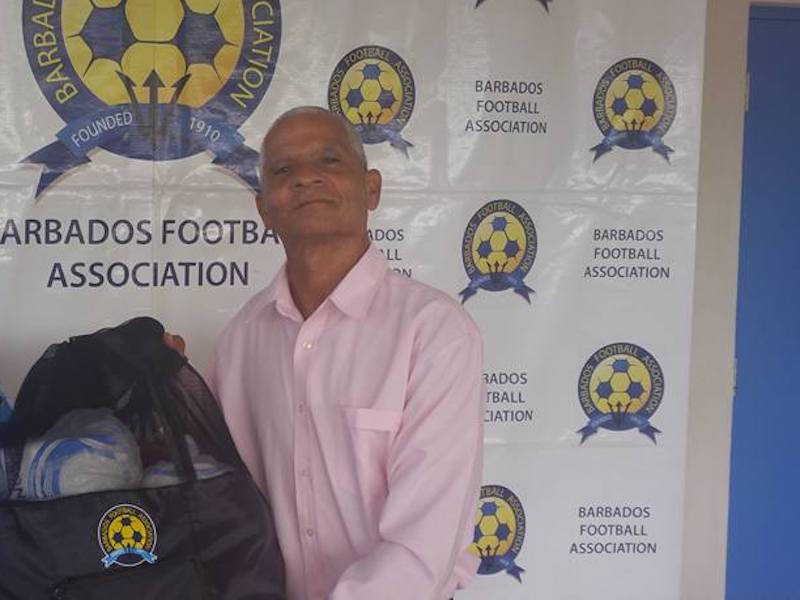 The recent impasse between FIFA and the Trinidad and Tobago Football Association (TTFA) which has predictably ended in favour of the world governing body for football, is a lesson for other regional associations. And now says Barbados senior sports administrator Adrian Donovan, the fate of the TTFA president William Wallace is in the hands of FIFA.

After seven months of back and forth between the embattled TTFA president Wallace and his group, a few days ago the membership of TTFA unanimously agreed that all court matters involving FIFA be stopped.

According to Donovan who has been following the impasse closely, it has taken a long time for the membership to realise that they had the power in their hands. In fact, in a previous interview, Donovan stated upfront that this was the way for the TTFA to go by telling Wallace to throw in the towel.

Donovan explained that it was expected that FIFA would  lift the suspension on the TTFA and allow all football to resume as normal. However, he insisted that an issue might arise depending on the state of mind of the FIFA hierarchy whereby Wallace could find himself facing disciplinary action.

“It is a known fact and well documented that member clubs, associations or individuals are not allowed to take FIFA to court. It is not expected that FIFA will impose any action on the TTFA as the normalisation committee is now back in power and any expense imposed will have to be paid by FIFA which makes no sense.

“The outstanding matter is what will they do with William Wallace. Will they let him walk away free or will he be made an example? William Wallace has not only brought the Trinidad football fraternity to disgrace but the nation of Trinidad and Tobago on a whole was subjected to the international embarrassment of the highest order. And the question will be asked, will he be able to get away scot-free,” Donovan said.

He added: “History would tell us several regional football administrators have been either suspended or banned entirely from all football activities. So, Mr Wallace would just join a long list. The decision by the membership is a very mature one in that they saw that the situation that presented itself only meant more trouble for football in Trinidad and Tobago.”

The former Barbados Football Association general secretary also referenced Wallace’s lieutenant Keith Look Loy who saw what was coming at the end of the tunnel and jumped ship early. Loy resigned a few days before the special general meeting was called.

Although Wallace will go down in history as successfully gaining a verdict against FIFA in Court, Donovan has suggested that Wallace do the honourable thing like Look Loy who has resigned from all football.

Also, the veteran advised Wallace to take guidance from the membership, as in their letter to FIFA, they humbly expressed an apology for causing shame on the governing body of football.

“Look Loy has resigned from all football and has said he has run his course. It is sad, very sad when a group of people have combined their effort to fight a cause and when they see things are not turning in their favour they abandon the ship one by one. This is exactly what has happened with William Wallace. He was the only man left on a burning deck.

“Up to press time Mr Wallace has not officially resigned and although he said that his resignation will come after the special general meeting, one wonders what could be the hold-up. With all legal matters having been terminated, several other important issues will now have to be settled. But of course the payment of the staff and the alleged contracts that were not seen or approved by the TTFA executive committee [are still to be dealt with].

“Mr. Wallace may be facing some sleepless nights not knowing what FIFA‘s next move is. For sure it is expected that the world’s governing body will go after anyone who has allegedly misspent or misappropriated their funds. It will be advisable for the deposed former leader to cooperate with the impending investigations and avoid being brought to his knees,” Donovan explained.