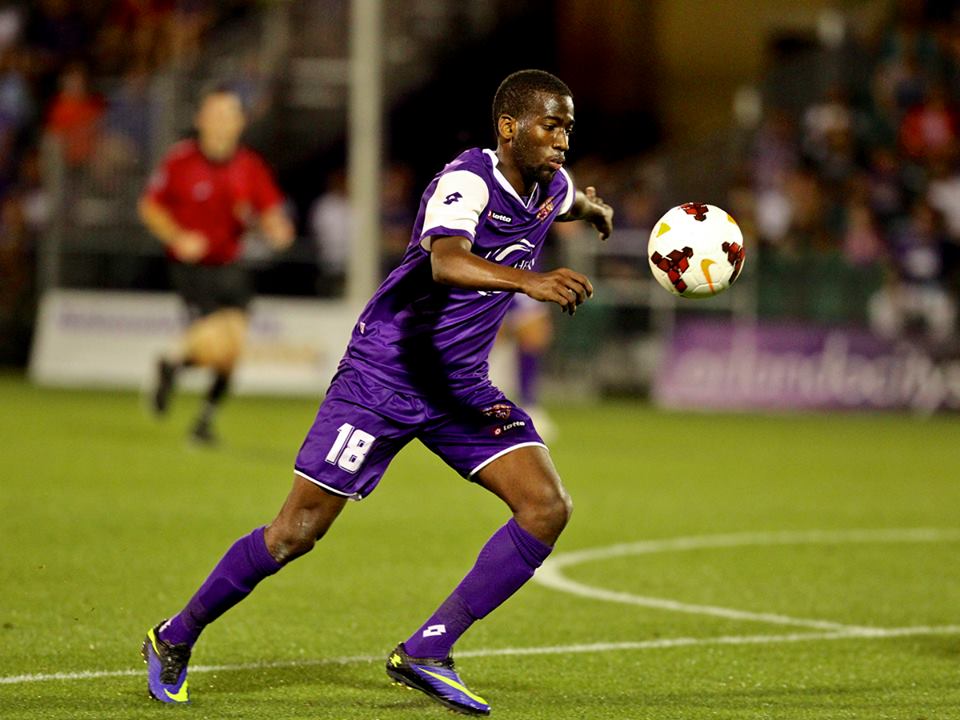 Despite still being under a year away from playing an MLS Regular Season match, Orlando City has already earned a reputation for producing excellent showings against MLS sides due to notable Lamar Hunt U.S. Open Cup and Walt Disney Pro Soccer Classic performances.

Heading into tonight’s match against Dallas, the Lions were coming off consecutive victories in their previous two league matches against the Rochester Rhinos and Charleston Battery, but City Head Coach Adrian Heath opted to make three changes to the starting 11.

After failing to score more than one goal in three out of their four opening matches, Heath featured a line-up with more pace that included Dennis Chin, Adama Mbengue and FC Dallas loanee Brian Span.

The new squad proved to be effective when the Lions got off to a good start in the match. Despite several close calls from Dallas’ David Texeira and Walker Zimmerman in the first few minutes, City managed to create several key chances on the counter.

The first clear-cut chance for the Lions occurred in the 5th minute when Kevin Molino got in behind after a Dallas free-kick and did well to round Goalkeeper Raul Fernandez. Unfortunately for Molino and Orlando, the club’s first MLS signing lost his balance shortly afterwards and hit his effort just wide of the target.

Moments later, the Lions would once again take advantage of a counter attacking opportunity stemming from a Dallas chance. After a clever one-two from Molino and Alvarez inside the area, Mbengue pounced on a deflected touch and blasted a right-footed effort past Fernandez for his first goal of the 2014 season.

After scoring from an Adama Mbengue cross in the 47th minute, Molino provided reassurance for Orlando City in the 65th minute with another finish after Dallas scored their first goal in the 62nd minute.

Academy player Diego de la Tejera was first the goal-scorer for FC Dallas, finding the back of the net from a dangerous cross into the box. The reserves would secure a conciliation goal in stoppage time, when Walker Zimmerman scored a powerful header from distasnce, but professional football from City in the remaining minutes saw the Lions secure their third consecutive win.

With the 3-2 victory over F.C. Dallas, Orlando moves back into first place in USL PRO-one point clear of the LA Galaxy II. City will continue their road trip with a match in Oklahoma City on Saturday, April 26 against OKC Energy FC before returning back to the City Beautiful.