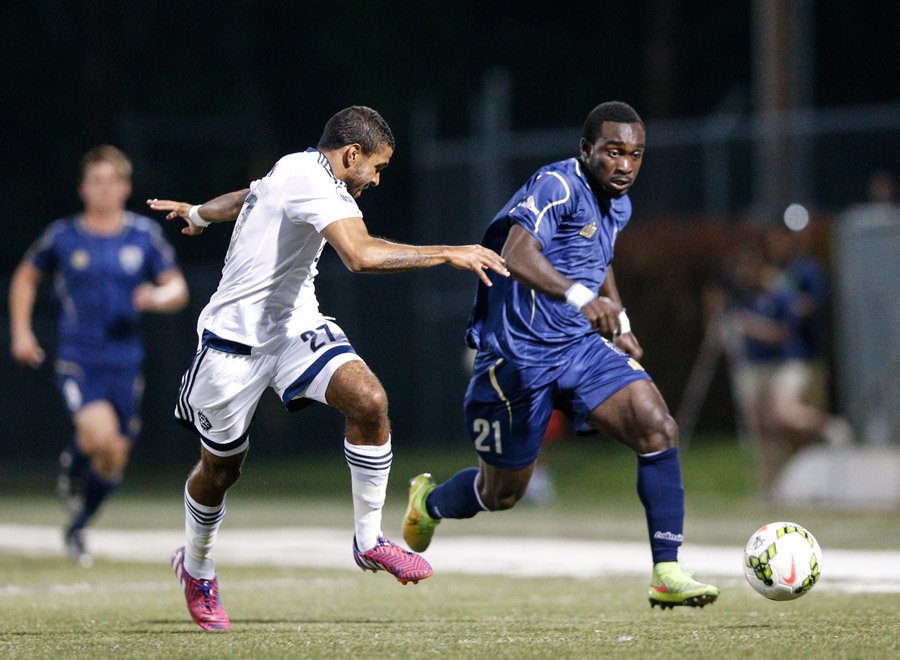 "In Trevin we are signing a player with great experience," said Head Coach and General Manager Oliver Wyss. "He is a full international and has played many games at the NASL and USL level. He will bring pace and energy to our front line and will look to excite our fans."

Caesar played the 2015 season with USL side Austin Aztex, where he appeared in 27 of the team's 28 regular season matches. Caesar finished tied for top goal scorer on the Aztex last season with 9 goals. He was named to the USL Team of the Week for his outstanding performance in Week 18, when he scored a first half brace to defeat Arizona United 4-1 on July 17.

"I'm very excited to join the Orange County Blues for next season," said Caesar. "I'm ready for a new opportunity and I can't wait to return to the field".

Originally from Trinidad and Tobago, Caesar began playing professionally in his home country in 2010. He was called up to play for the men's national team in 2013 and has 8 total caps for Trinidad and Tobago. In his first season in America, Caesar won the 2014 NASL Championship with the San Antonio Scorpions. From there, he signed with the Austin Aztex for the 2015 season and now is headed to Orange County to take the next step in his career.