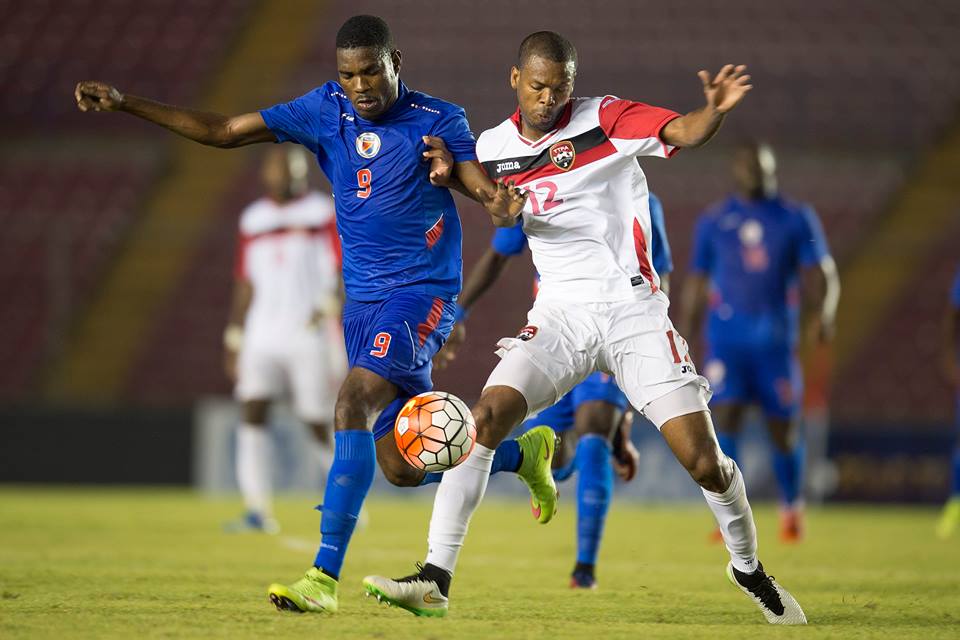 Trinidad and Tobago defender Carlyle Mitchell is ready to start a new adventure in his professional football career. And this new stage takes place in India in a few days time.

Mitchell, formerly of MLS club Vancouver Whitecaps agreed to join East Bengal Football club for one season where he link up with countryman Willis Plaza to play in the I-League, the top tier of football in India.

The FIFA Under 17 Men’s World Cup will take place in India in October and the country is abuzz with football activity.

East Bengal plays its home matches at the Salt Lake Stadium which has a capacity of 85,000. The stadium will host the final of the U-17 World Cup with 85,000 bucket seats being installed. The largest crowd at the venue was 131,781 spectators for a domestic Federation Cup final between East Bengal in Mohun Bagan in 1997 prior to the refurbishment of the venue.

Before the start of the I-League, Mitchell and Plaza will appear for East Bengal in the Calcutta League starting next month.

Mitchell,l 29, has played on the Asian continent before, having plied his trade with Seoul E-Land in the South Korean K League between 2015-2016. He is a past player for San Juan Jabloteh, Joe Public and Caledonia AIA and also joined FC Edmonton in Canada on loan in 2013 while he was contracted to Whitecaps. He has made 35 appearances for T&T and is a past student of Hillview College.

Mitchell said he was happy with his latest move.

“I am happy and very grateful for my new contract with East Bengal Football Club. I feel fortunate to have yet another opportunity to play international club football in a country where football is growing at a rapid pace,” Mitchell told TTFA Media on Saturday.

“Playing in the I-League is a great opportunity for me, especially playing for a team like East Bengal. They have won three national football league titles in India, eight federation cups among other competitions. I am excited to have the chance to play a season with them along with my compatriot Willis Plaza,” he added.

Mitchell has not been involved in the national team’s recent slate of World Cup qualfiers after suffering a groin injury which ruled him out of the home matches against Mexico and Panama and subsequently the USA and Costa Rica games. But with two crucial matches looming in September, Mitchell is hoping to force his way back into the set up.

Mitchell is the fifth T&T player to sign an overseas deal in the last month, with Jan Michael Williams, Jamille Boatswain, Daneil Cyrus and Darren Mitchell all making moves while Plaza recently signed on with Bengal to make a return to India.

“I have put a lot of work into my physical and metal recovery and I am ready to play football once again. Hopefully with a good training regime and a few games under my belt I will be knocking on the doors of the national team for selection once again.

”I think the team has been growing getting better every time the guys come together and been working under Dennis Lawrence and his staff. You can see it in the way the team played the past two games. I think once things go right, we can grind out two results in September and get ourselves back into a good position for qualification,” Mitchell said.

Mitchell scored a second half header in T&T’s 3-1 defeat to Honduras in the second match of the Concacaf final stage in San Pedro Sula last November. T&T will host Honduras on September 1st before travelling to face Panama in Panama City four days later.