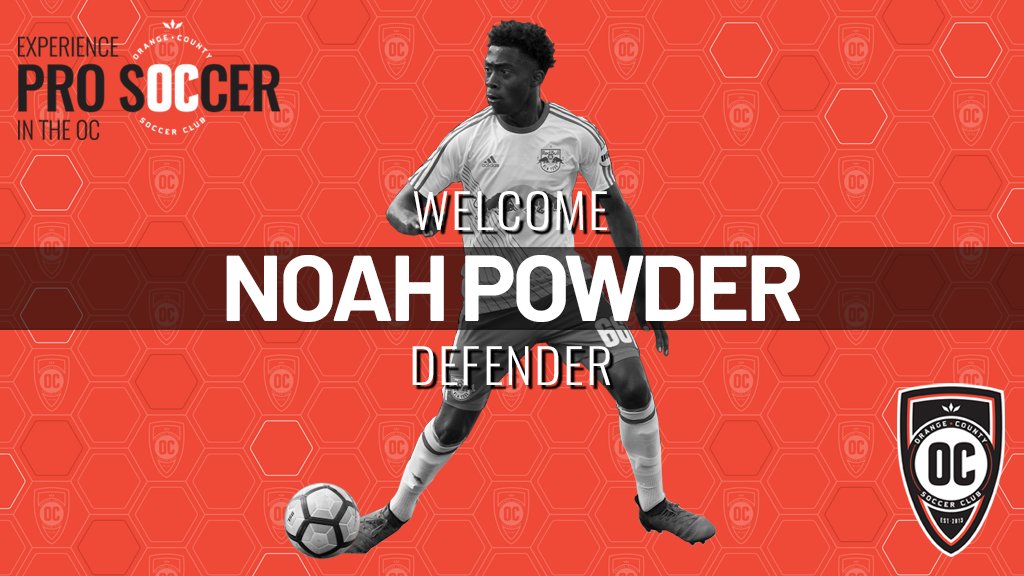 Orange County Soccer Club announced the signing of Trinidadian and Tobago U-20 international, Noah Powder for the upcoming season today. Powder, 19 joins Orange County SC from New York Red Bulls II, where he began his career with the Red Bulls U-18 Academy before making the transition to their USL side.

“Noah is an exciting young player with a bright future.  He already has quite a bit of experience in the league despite being 19,” said Orange County SC Head Coach Braeden Cloutier.  “I’m looking forward to working with him and helping him continue his development.”

The Maplewood, New Jersey native signed his first professional contract with New York Red Bulls II on July 14, 2017. Powder made his professional debut on March 26, 2016 against Toronto FC and played an integral role in the side that went on to be crowned USL Champions that year. He made a total of 28 appearances for Red Bulls II over a two-year spell. Despite being only 19 years old he already has USL Playoff experience having played in the quarter-final match against Orlando City B and in the semi-final match vs. Rochester Rhinos in 2016.