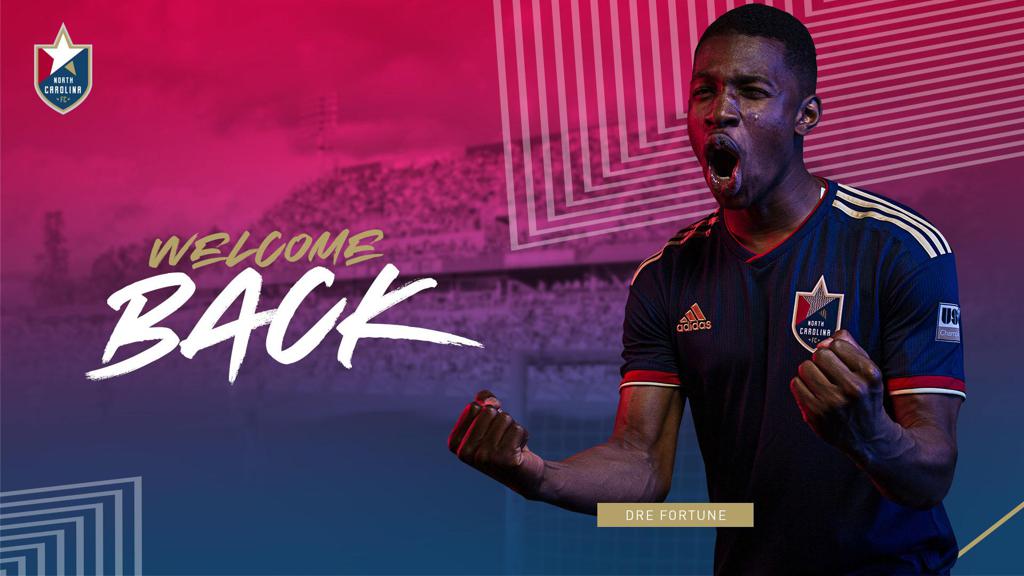 In a move that brings back one of its most promising young players, North Carolina FC has signed midfielder and Raleigh native Dre Fortune to a contract ahead of the 2020 USL Championship season, the club announced on Friday. The transaction is pending league and federation approval, and no further details were disclosed, per club policy.

Fortune, 23, is entering his fourth consecutive season with NCFC and is coming off a 2019 campaign that saw the Trinidad & Tobago international notch nine goals and two assists in 29 matches across all competitions.

“For us as a club, to have Dre back and to continue where we left off is important,” NCFC head coach Dave Sarachan said. “He became a guy that was capable of creating goals, both as a goalscorer and also by setting up his teammates. Having him back again, his starting point will be that much further, and I think he’s going to be a guy who can continue to increase his production.”

A product of the NCFC Youth Academy, Fortune had a career year in 2019, setting personal highs in games (29), minutes played (2,179) and goals (nine). A crafty midfielder with an attacking flair, Fortune twice earned USL Championship Player of the Week honors last season, as he scored twice in a Week 14 win at previously unbeaten Tampa Bay and recorded a two-goal, one-assist performance in a Week 24 victory against Pittsburgh.

Fortune’s excellent form throughout the 2019 season led to Trinidad & Tobago naming him to its senior squad for the first time in September. In November, Fortune made his senior international debut against Ecuador.

After developing in the NCFC Youth Academy, Fortune began his professional career with the Rochester Rhinos in 2016 before returning to his hometown club in 2017. In three seasons with NCFC, Fortune has recorded 13 goals and seven assists in 70 matches.