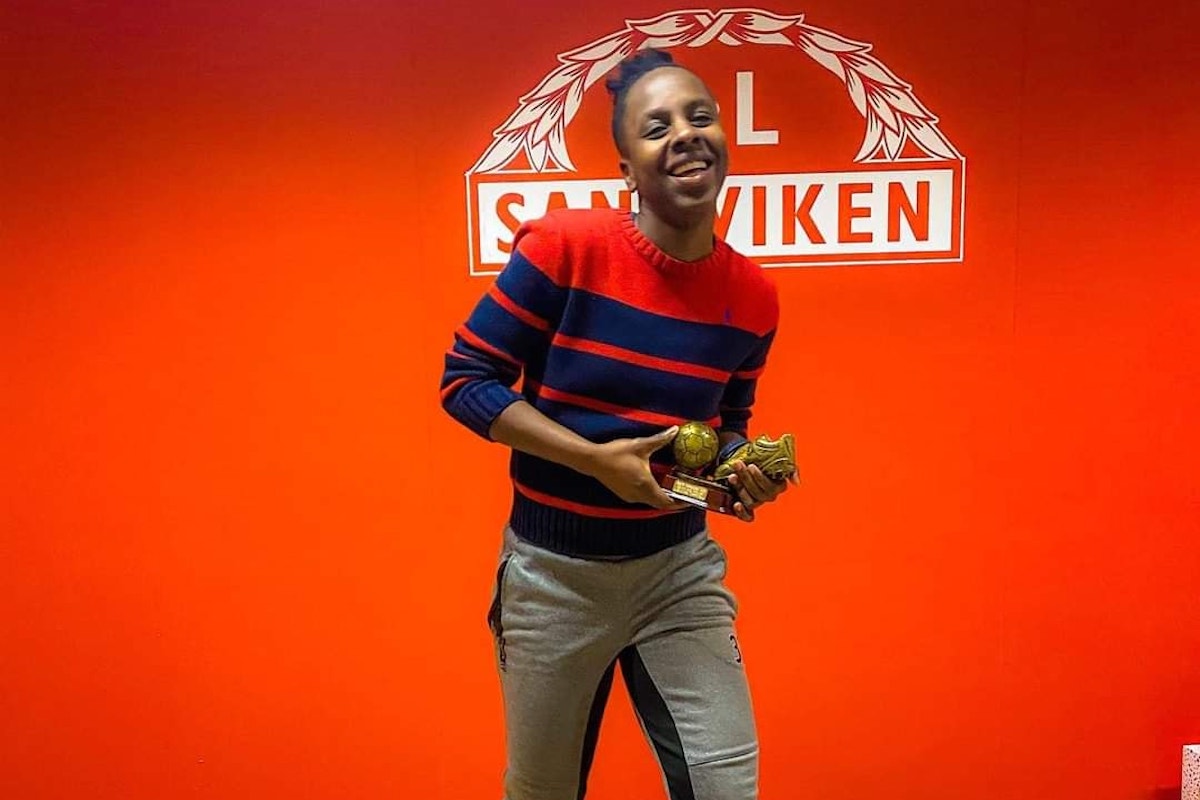 In a post to her Facebook page, on Monday, Cordner wrote, “God you alone listen and answer my prayers always, so all the glory belongs to you. That feeling, no matter how much time I fail, I will try and try again because giving up is never (an) option for the ‘Monsta’. Another year and the ‘Monsta’ is the same, thankful always.”

The 32-year-old midfielder played the first 13 games of IL Sandviken’s 2020 season, during which she scored six goals and had two assists. But her season was cut short by injury, which forced her to miss the club’s final five matches.

Cordner was the season’s topscorer last year with 17 goals.

When contacted, Cordner said, “To get this award in back-to-back years is (an) overjoy but amazing feeling, because I continue to work hard and doing what I do best, scoring goals and, for another year, I was the team’s topscorer.”