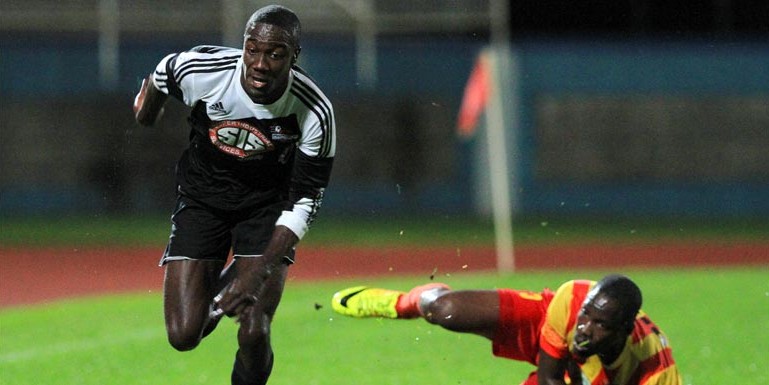 Speedy Trinidad and Tobago striker Rundell Winchester joined his third Maltese club Marsaxlokk Football Club in January after transferring from Hibernians FC and scored his first goal for his new club on January 3 when getting a seventh minute opening goal as Marsaxlokk whipped Mqabba 6-0.

His current team plays in the BOV Challenge League, the Maltese second flight and is currently eighth of 15 teams. Previously Winchester played for Premier Division Gudja FC and Hibernians FC.

Winchester, 27, is a former player for Tobago side Stokely Vale and has had a couple of international caps for T&T.

Marsaxlokk was founded in 1949 and won the Maltese Premier League title for the first time in their history, after finishing as league champions for the 2006–07 season. Winchester has also played with T&T Pro League clubs Central FC and Ma Pau Stars and overseas with clubs in the United States, Finland, Honduras and Malta.

‘Ya Ya’ still grounded.

Trinidad and Tobago women’s footballer, striker Kennya “Ya Ya” Cordner, is training but unable to see action as Covid-19 protocols has prevented her Norwegian team IL Sandviken from playing even warm-up matches ahead of the upcoming season of the Toppserien -- the top division consisting of 12 teams. IL Sandviken finished fourth last season.

“Still we don’t get to play training matches, but here you can see that the girls are in good training, and should be ready when we are allowed to play matches again.”

The club has also noted that the scheduled March 20 season opener against Kolbotn IL will be pushed back to a date to be determined. “It won’t be a series start 20.03.21,” IL Sandviken stated. “It’s uncertain, but we’ll update you as soon as we have good news.”

Meanwhile, 21-year old midfielder John-Paul Rochford has signed a 2-year contract with Guatemalan club, Antigua GFC. The club campaigns in the Liga Nacional de Fútbol de Guatemala, which is the highest division of football in the country.