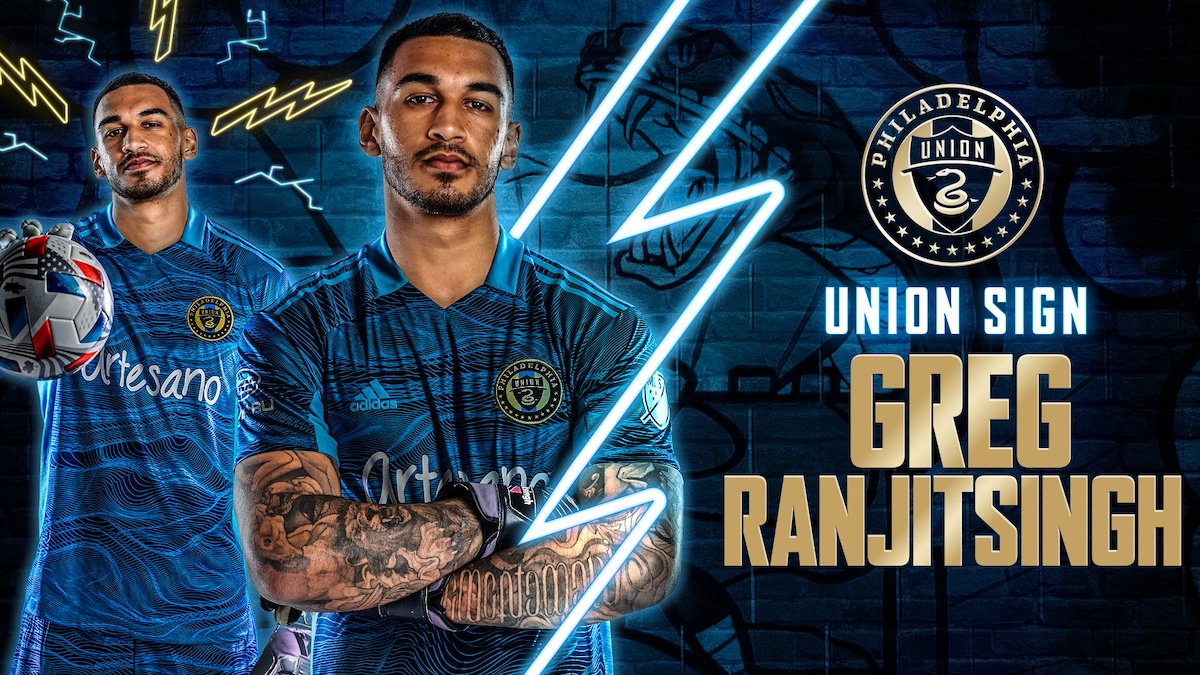 Philadelphia Union announced today that they have signed goalkeeper Greg Ranjitsingh to a one-year contract. The 27-year-old will be added to the Union’s active roster effective immediately. Prior to joining the 2020 Supporters’ Shield winning Union, Ranjitsingh won consecutive USL Championship finals before spending time with Orlando City SC and Minnesota United FC.

“With a congested international schedule that will present opportunities to have our keepers called up to their respective national teams, it was important to add Greg to our roster and create depth in our goalkeeper unit” said Ernst Tanner, Philadelphia Union Sporting Director. “He brings experience along with the type of work ethic our system requires, and we look forward to his contributions this season.”

Ranjitsingh played for both Orlando City SC and Minnesota United FC, making five appearances. Ranjitsingh also played for Louisville City in the USL Championship, where he led his team to consecutive titles in 2017 and 2018, keeping clean sheets in both finals. Prior to signing with Louisville City, he played four years of collegiate soccer at Mercer University from 2011-2014. During his senior year he was ranked third nationally in total saves and ninth in save percentage for which he earned the Southern Conference’s Goalkeeper of the Year and earned a spot on the All-Conference team.

Internationally, Ranjitsingh earned a call up to Trinidad and Tobago’s national team in 2016 ahead of the 2018 World Cup qualification. In 2019 he was called up once again where he was subsequently named to the final Gold Cup roster, debuting in a friendly against Canada.