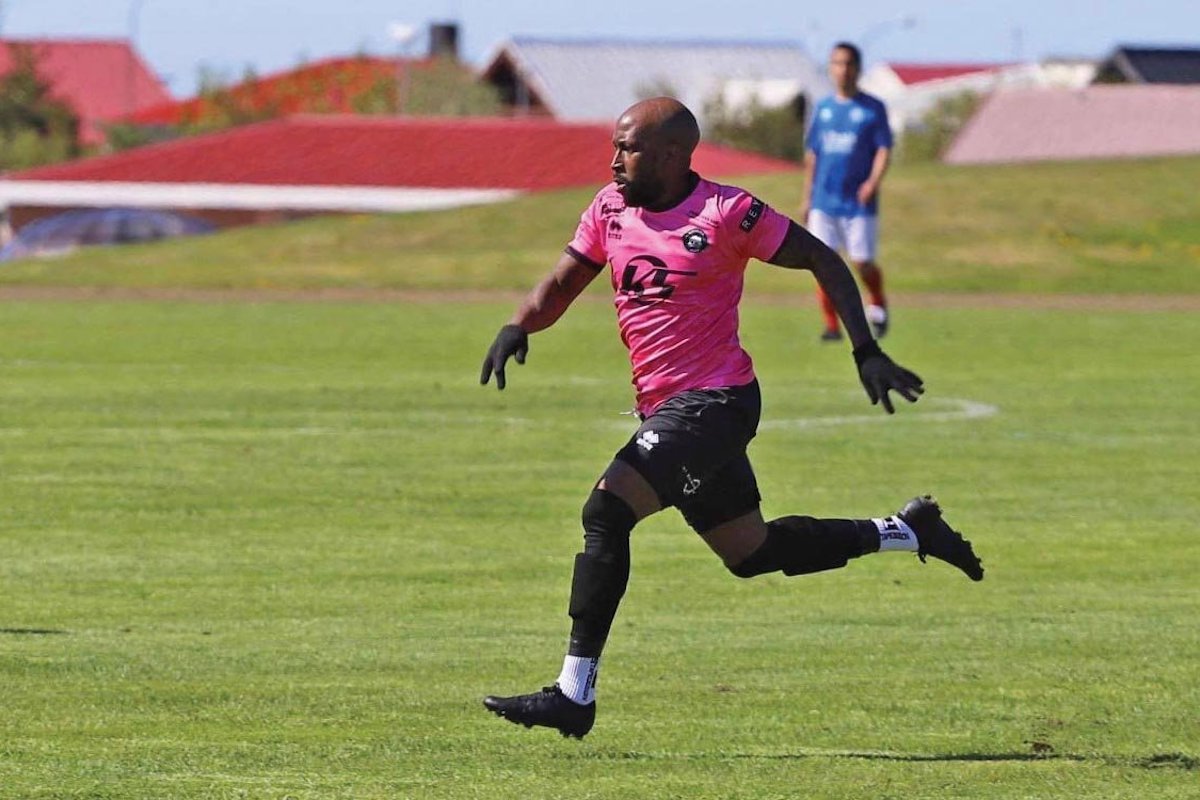 One of the key players for Kormák Hvöt this summer, as well as the team's assistant coach, is Akil DeFreitas, a 34 - year - old professional footballer from Trinidad and Tobago, a small island in the Caribbean. Akil says he usually plays on the left wing, but he can also play as a center or as a forward midfielder. Now on Tuesday, Akil scored the winning goal for Kormákur Hvöt when Húnvetningar met Hamars from Hveragerði in the final for a place in the 3rd division this year. He has therefore better written his name in the history books of football in Húnavatnssýsla.

Akil first came to Iceland in 2017 after receiving an offer from Sindri in Höfn. "At that time I was looking for a new challenge and since then I have played football here in Iceland," says Akil. He scored eight goals with Hornfirðingar that summer, then played with Vestra in Ísafjörður in the summer of 2018 and Völsung in Húsavík 2019. He then switched to Kormák / Hvöt this winter and has scored nine goals in 14 games with the team. "Before I came to Iceland, I played in Finland for five years. I played in Veikkausliiga which is the top division in Finland and I also played with a team in Ykkönen [1. division] as in Kakkonen [2. department]. "

What surprised you the most when you came to Iceland? "The small number of people surprised me and the distance between towns, which often requires a lot of driving."

How do you feel about being part of Kormákur Hvöt? "It is good to be part of the team, the players and the people around the club have been friendly and welcomed me."

What do you think about football in Iceland and what is the difference between playing here or abroad? "My feeling for football in Iceland is that the style of play is very straightforward and it puts a lot of pressure on the physical strength of the players compared to the game in other countries. As I played, more effort was put into technical ability and the style of play was more based on a slower build and holding the ball better.

Who is your favorite teammate or the most fun? "The most fun club is Yepes because his English is not very good - it has a lot of fun listening to him speak English."

Akil says that when he came to Iceland he hoped that he could play football in high quality and that he saw it as a challenge. It was something he hoped to be able to do everywhere he played. "I have experienced playing twice in a cup competition against teams in the top division, FH and KR, and it is a feeling I would like to be able to experience every weekend," says Akil.

Which footballer has been your role model? "I may not be able to say that any player was a role model, but I like watching Messi because for me he is the best player today. "I also like watching Manchester City's Mahrez and Newcastle's Saint-Maximin."

What do you do in Blönduós other than play football? "A normal day with me here at Blönduós is done in such a way that I make sure that the football field is in good condition, so I train the kids here in football and practice in the evenings. After training I go to the gym and then to the ice bath. The day usually ends with dinner around nine o'clock, massage and stretching exercises before I go to bed. Apart from football, I spend most of my time relaxing, watching movies or talking to relatives and friends. "

Has your stay in Iceland been difficult in any way? "I have been away from home since I was 18 years old. So moving to Iceland has actually been very easy. I have become accustomed to traveling to different countries for football and have lived in Finland, Lithuania, Sweden, Singapore and Thailand to name a few. "

Finally; Isn't Bjarki Már too old to play football? "Haha, he is very old but his legs are still moving and he gives his all on the pitch," says Akil and adds with a laugh: "I think he is the oldest player in Iceland!"