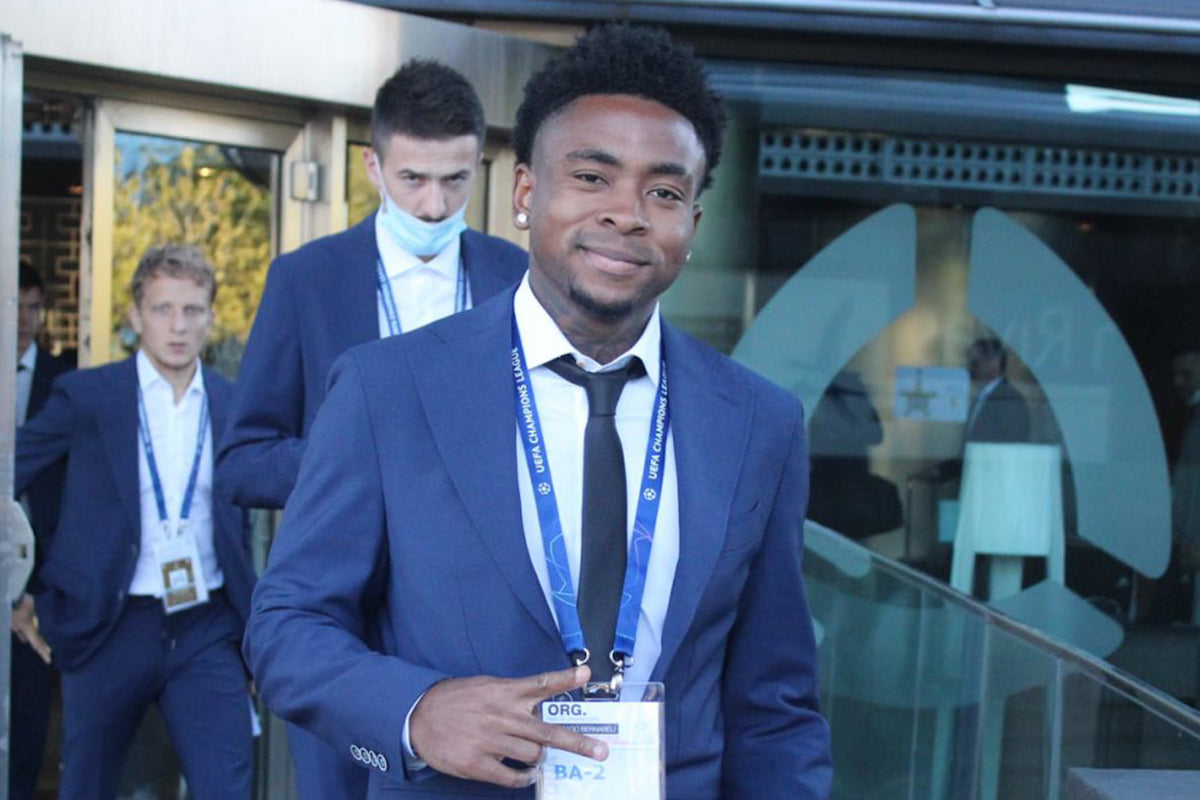 Preoccupy yourself with anticipation over Colm’s performance this afternoon if you want, I prefer today to focus however on how life can diverge so dramatically for two footballers who followed a similar path.

As casual observers like myself appreciate the significance of Moldovan champions Sheriff Tiraspol’s dramatic defeat of 13-time European kings Real Madrid at the Bernabeu last Tuesday, and more specifically the involvement of national player Keston Julien in the final few minutes of that game, thoughts instinctively turn to the very different, and very tragic fate of Akeem Adams eight years ago.

Both grew up in the southland (Julien from Gasparillo, Adams from Point Fortin), both attended Presentation College of San Fernando and were also involved with WC Connection in their football development. Indeed Julien would have been very much part of the youth programme at the Savonetta-based club when Adams made the leap to Europe.

In the same way that almost no-one outside his immediate circle of family and friends would have been aware of Julien’s involvement with a relatively young club in one of the former republics of the Soviet Union, not many at the time appeared to have much regard for Adams signing with Ferencvaros of Hungary.

That was not only because of the inevitable preoccupation with leagues in western Europe and even Major League Soccer in the United States but also the reality that Hungary, a global footballing powerhouse for two decades — they were Olympic champions three times and beaten finalists at the World Cups of 1938 and 1954 — had declined almost to obscurity since then and, worse than that, continues as a society to be defined by ingrained racism.

Yet it was there that Adams, a defender like Julien, hoped to excel and maybe attract the eyes and the chequebooks of the Manchester Uniteds and Barcelonas of the stratospheric club environment.

That dream became a nightmare, though, when sometime between our Republic Day and the morning of September 25, 2013 he suffered a massive heart attack from which he never recovered, eventually passing away on December 30 of that year at a hospital in the Hungarian capital, Budapest.

Akeem Adams was 22 years old, the same age as Keston Julien who is surely looking at his club’s historic qualification for the European Champions League main group stage as a springboard to much greater things in what is still an emerging footballing career.

Sheriff’s 2-0 home victory over Shakhtar Donetsk of the Ukraine and this stunning result in Madrid will obviously turn a few more heads their way, and across a succession of interviews in different media since last Tuesday we are learning more about Julien’s dream debut against the club he supports as a football fan, the prized shirt of David Alaba (still unwashed) he received in the usual post-game exchange and the final message he left us with in the story in these pages yesterday, which drew on Trinidad and Tobago Football Association media officer Shaun Fuentes’ interview with him: “Never give up. With football, your life could change in one year (or) six months. I could have given up so many times.”

Regaining a position in Tiraspol’s starting 11 is Julien’s immediate challenge but if his attitude is anything to go by, you wouldn’t write him off by any stretch of the imagination as they continue the domestic campaign and look ahead to the next Champions League challenge against Italian champions Inter Milan at the San Siro on October 19.

Primarily a left-wing back, he was summoned by head coach Yuriy Vernydub, a Ukrainian national, to fill a left-winger’s role for the final 12 minutes of the Real Madrid game. So he was on the pitch and among the celebrants piling onto Sebastien Thill after the Luxembourg midfielder’s superb left-footed strike from the edge of the penalty area clinched the shock result.

At a time of huge economic challenges, when so many of our young people are wondering what lies ahead for them, Julien’s story so far should be seen as an object lesson on the value of perseverance, on overcoming personal (he was apparently bullied as a “fatboy” in his earlier years) and other challenges in pursuit of certain aspirations.

Obviously we won’t all reach the summit of our ambitions and you certainly hope there is much more for Julien to achieve in his footballing career. But this experience reminds us that there is no set path towards success. A journey to football glory isn’t only about playing in England, Spain, Italy, Germany or France. It could be propelled via Vietnam, Taiwan, India, Indonesia or, as in this case, Moldova.

We also are mindful that, as transpired so sadly with Akeem Adams, even with the best will and greatest effort in the world, some things are just not meant to be.