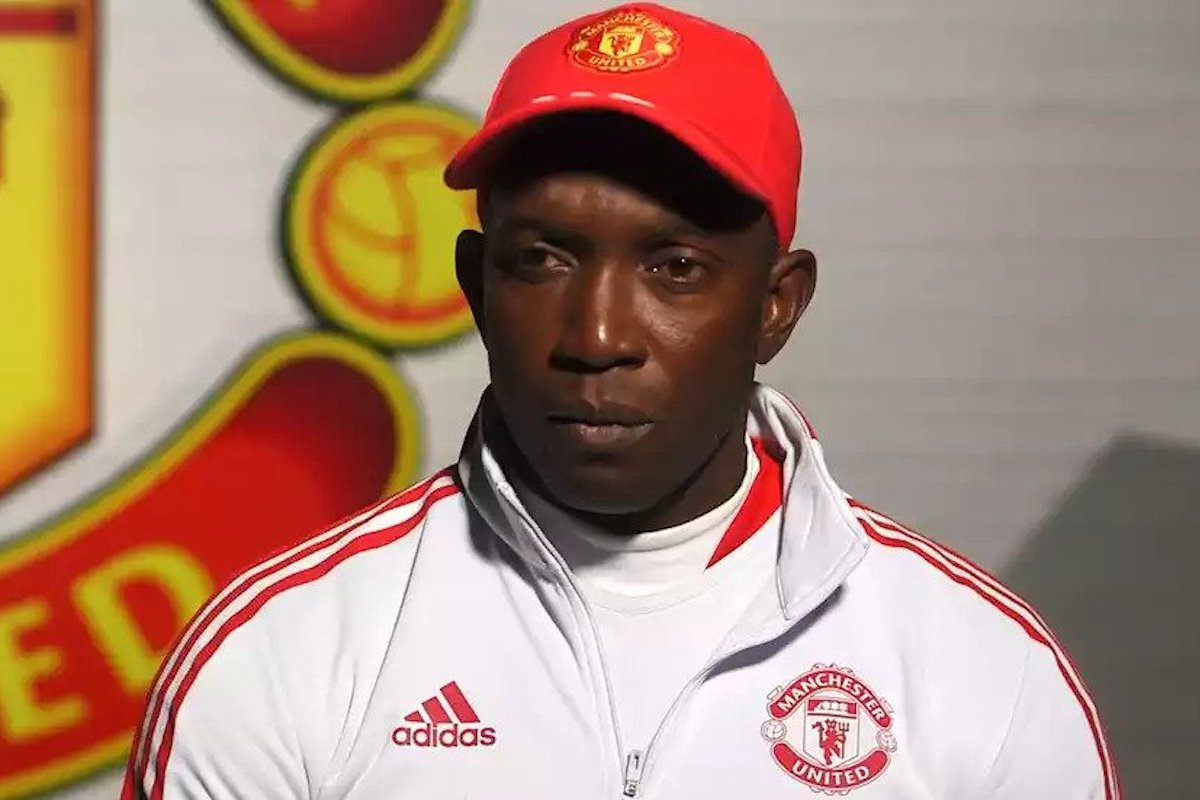 Manchester United legend Dwight Yorke has spoken passionately about Black History Month and the need for all football fans to celebrate those who are helping to create a better future.

The Trinidad & Tobago icon has a unique story to tell, after moving to England in 1989 and becoming a Premier League star with Aston Villa before making history as a Treble winner at Old Trafford. That journey was not without its challenges, however, as Yorke explains in our hard-hitting Q&A.

Dwight also discusses the scourge of racism on social media in the modern game, how players like Marcus Rashford are paving the way for generations to come, and the importance of our All Red All Equal campaign.

We hope you enjoy the interview, on a weekend when United and the Premier League will be working together to promote the national ‘No Room for Racism’ campaign.

In your eyes, Dwight, how important is Black History Month in both society and football?
“Well, it is very important. I think what you have got to conclude is there's a reason why it is called Black History Month, because of what happened in the past. You can’t turn your nose up at what black history represents and, often enough, you listen to the young players and they understand a little bit more about what the previous ancestors had to go through, for us to get to the level we are to this day. It has not been easy and, for me, that is very important, not just for me but also the other black players that are involved in the game. Where the game is today, we should be very grateful for the generation before us and the generation before that, so the players today could get a much easier path to achieving their goals in a more equal and just respect.”

Role models are so important for inspiring the next generation, so can you tell us who yours were when growing up in Trinidad and Tobago?
“I looked at John Barnes because of the Caribbean heritage that he has, and he was somebody that I looked up to when I came into the country at first. And I think that is important when you can identify somebody who has your background and representation. You can relate to that person and that is why we continue to fight for equality. I think that is important, when you see somebody in those positions, it does inspire you to achieve that and that's exactly what happened for me with John Barnes.”

How would you describe the impact that you and your friend Brian Lara had on both sport and society throughout your legendary careers?
“I think it is great. We are two young men from a very small country of Trinidad and Tobago, trying to live the dream and being not quite sure how we were going to get there. I know West Indies cricket has certainly been in a more advanced stage in terms of what the West Indies did over the years, in the 1970s and 1980s, being the no.1 team in the world, travelling to England and Australia, and dominating those eras. So cricket had a part but it was still very difficult, so Brian Lara coming through from our country and doing what he did over the years really installed the future of the West Indies cricket, and gave the younger players the hope to follow in his footsteps. Where I am concerned, it is pretty much the same but slightly different, because nobody from the Caribbean has gone out to England or Europe and made it to a level that I managed to achieve over the years, so that in itself is a story. We know how football is the most global sport in the world and kids coming from lesser backgrounds, including myself, have an opportunity to open the gates. It is much more transparent to get to this level now.”

You moved to England in 1989 after Aston Villa manager Graham Taylor discovered you in the West Indies: how challenging was that move for a young Caribbean athlete?
“Well it was huge. Just think for a moment, a young boy leaves the Caribbean shores for somebody 5,000 miles away, on his own, with no members of his family, living here in England, having to adjust to the weather, the food, the culture, the people, pretty much turning up with no clothes, [because] we didn't have winter clothes at home. So it was very challenging and I was very isolated, but self-motivated at the same time, knowing it was a once-in-a-lifetime opportunity for me to make a difference, not just for myself and my family, but for the younger generation ahead. I was prepared to go all-out and move all mountains to get there. The challenge was very, very difficult but I was determined to do that and the rest is pretty much history.”

What was it like for a black player during the 1990s when you became a Premier League star?
“Challenging. I have been around a long time in many respects and having people like Cyrille Regis, Tony Daley, John Fashanu, some of the legendary names in the game and having played under these guys, and seeing the challenges they spoke about, and what they had to go through, I was still very much on a learning curve. They had experienced it before and I hadn't seen it. When you speak to these guys, you can tell why black history is very important, so you can learn about the challenges previous players went through. So I was around very experienced people who had witnessed racism and the challenges of being a black player, and having to make it at the top, having what it takes and how to stay motivated. So for me I was very lucky at that time. I had people ahead of me who were very instrumental and made sure I walked the right path.”

Racism is still a problem in certain stadiums and we also see it on social media. How would you have reacted to some of the disgraceful abuse that some of our young stars get?
“First, it is unacceptable but unfortunately we are in the 21st century where social media plays a huge part in bringing out these people who hide behind a platform to have a go at the black players. I want to say football has made a great deal of progress over the years, compared to the last decade or two, but unfortunately we have still got racism on social media and it is very challenging. I can see that, but nevertheless there should be stiffer sanctions on these individuals to make sure we eradicate them from our sport and society.”

What can you say about somebody like Marcus Rashford, who is setting an incredible example as a young black athlete both on and off the pitch?
“I think that is important. It is no good that we are talking about it and not setting an example. What Rashford has done is to set an example on and off the pitch. He is a shining example for everyone and he is what we call the future of the black society, in terms of representation. He has got the platform, playing for the biggest football club and representing England, doing his charity work at the same time. It is incredible work and he should be acknowledged for what he has done. And I hope he continues in the same vein and performing at such a high, consistent level. My hat is off to him and hopefully he continues the good work.”

You have spoken out in recent years about the lack of black coaches and managers within English football, which appears to be a problem. How does football tackle that issue?
“Again, we talk about the divide in football, the inequality and injustice, I don't think anyone could argue the point why black players and black managers have not been given the chance. The evidence is there for everyone to see. We have spoken about it in great depth but we still haven't seen the transparency that we would like to see, in terms of the black managers getting an opportunity to manage at a very high level. The Premier League is an example, although we have just seen Patrick Vieira being given that role at Crystal Palace. But you look throughout the rest of the world in football, there aren't any black managers at any high level and that has to be addressed. That is a problem. We talked about people being in these positions, I talked about John Barnes and how I was able to identify with him, it is the same when it comes to football management. Managers should be given an equal opportunity, provided you have got your communications and you can do the job at such a level. That is something that needs to be seriously addressed.”

Finally, the club’s All Red All Equal campaign encourages supporters to report all racist abuse that they see on social media, which is an important message to spread, right?
“Well, All Red All Equal is a very powerful statement because that is telling every individual out there that we are all equal. It doesn't matter what colour you are and United has always been the benchmark of setting an example. It is a powerful statement and one that everyone should represent. You should not be judged by the colour of your skin, that is the message of All Red All Equal, and I am glad to be a part of it as well.”