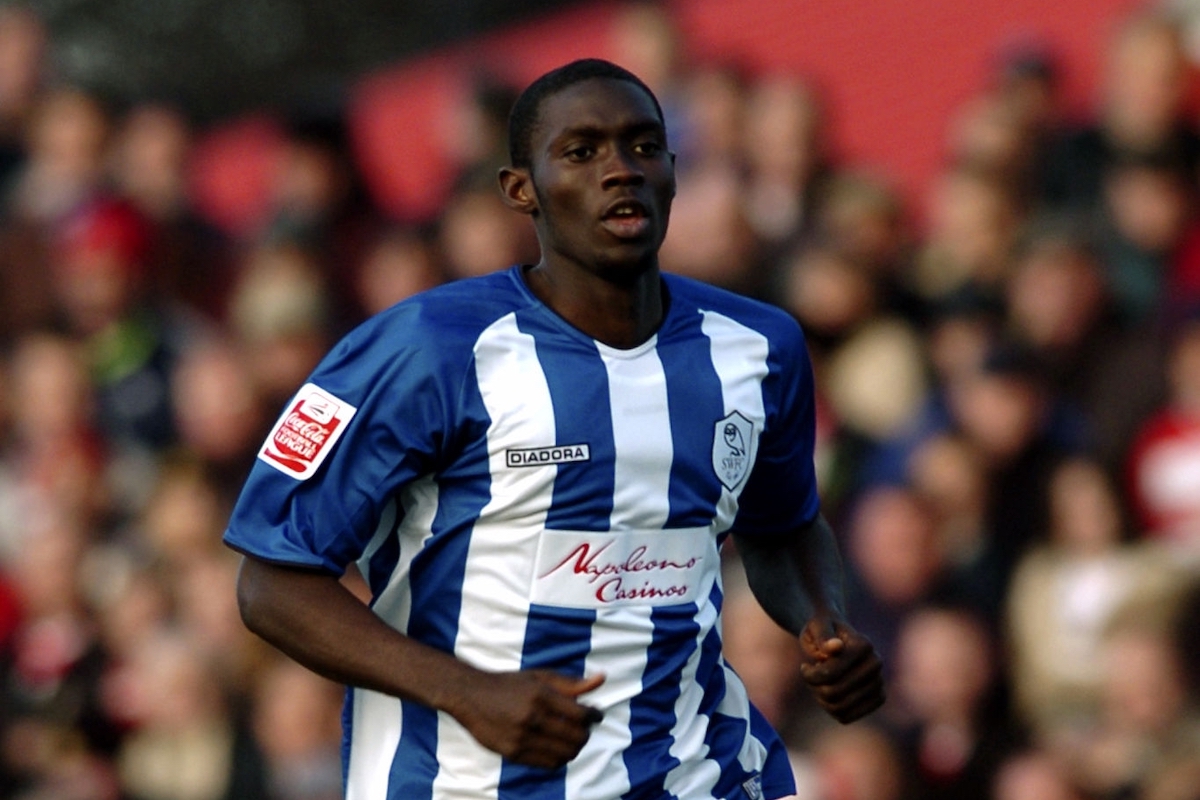 He lined up for his nation at their very first World Cup, played his club football in five countries, and for a time, was soaring high in elite company in the Premier League. Somewhere amongst it all, though, Kenwyne Jones can still hear the sound of a buoyant, wintry Hillsborough serenading him.

Many a defender struggled to keep Kenwyne Jones at arm’s length when the Trinidad and Tobago international was at his formidable best. It became widely recognised across his seven seasons in the Premier League, but his majestically-executed somersault celebration had its introduction to English football some two divisions lower, and in a time that he will never quite forget.

That first viewing followed a volley from outside the box for Sheffield Wednesday against Walsall, as a drop of Caribbean class warmed a frosty Hillsborough on Boxing Day 2004, with almost 27,000 exactly in attendance. When people summarise the former Sunderland and Stoke City man’s career, that loan spell is mostly overlooked from the outside, but there are reasons why a player who regularly went up against some of the best around in later years always kept seven games in League One close to his heart.

Despite having already played for his national team, the Southampton youngster was, as yet, unknown in senior football in England, yet to make any appearances, but the goals flowed at Wednesday as if he was an accomplished old campaigner. In all sorts of ways, though, this was really the beginning for the 20-year-old, including the first time that he heard a club’s supporters singing his name – ‘Kenwyne Jones, my lord, Kenwyne Jones…’

“Yeah, it was actually, and to be honest with you, I hold Wednesday so close to my heart, because it’s my first introduction into competitive league football,” he recalls with a smile. “It was my first loan stint, and I took to the people at the club at the time really, really closely.”

“I’m happy even now to see Darren Moore being the manager. Lee Bullen I still talk to often, but I have an affinity with the club and it’s something that I’ll never let go.

“It was my first opportunity and we did well for each other at that point in time. Of course, the fans of Wednesday, I love them to bits, even though every time I played them after that, I scored!

“But at the same time, that respect and that love for Wednesday is something that will never leave.”

Although he might quite conceivably have carved out the same stature of career regardless, timing and opportunity are everything in football, and his spell in S6 elevated him in the minds of many, with a stunning record of seven goals in seven games. A top-division side just four years earlier, gloom and decline had since been so consistent at Wednesday that they probably merited a Player of the Year award or two.

In the month prior to Kenwyne’s arrival, though, something had just begun to spark under the stewardship of new boss Paul Sturrock, before starting December with back-to-back home losses. Long-term injury to Adam Proudlock, who had just been showing the most promise of his Owls career, brought the need for reinforcement up front.

Enter Kenwyne, and from a debut goal and assist for Steve MacLean in the 4-0 South Yorkshire derby win at Doncaster Rovers, he and Wednesday shared a whirlwind romance over the next few weeks.

“First of all, before I went up there, I was down at Southampton, the sun was coming out still, it wasn’t bad weather. When I took that opportunity to move to Wednesday, I think the drive was like four-and-a-half hours, got up there to the hotel, and the very next morning, when we had training, snow fell, and I was like ‘my goodness’.

“It wasn’t heavy, it was just trickling down, and I was thinking ‘this is not so bad’, but it started off one of the worst periods of my life for weather! Obviously, that didn’t show when it came to playing the game.

“The fans taking to me, I had my song with them and that is something that sticks with me, I was happy to hear that. It’s obviously the first experience that I had of that, and like I say, it’s something that I’ll hold dear to my heart until the day I die.”

His attributes would regularly trouble – and earn praise and respect from – leading Premier League defenders in future seasons, notably including Chelsea’s John Terry, but Wednesday fans were the first to see it in action. For an untried youngster, he was brushing various experienced opponents aside. Current Norwich City boss (and ex-Owls captain) Dean Smith was among those left sprawling, against Port Vale, while he even beat 6-foot-7 international teammate Dennis Lawrence in the air for one of his two goals against Wrexham!

In the days where fan forums were football’s social media, Wednesday supporters were left to piece together the limited information that was available at that time on their new signing, with midfielder, forward and even defence listed as his positions. While he had played a great deal up front beforehand, it is not inaccurate to say that this was the spell that properly cemented him as a specialist striker in England.

“Well, the thing is, I’ve always been a midfielder/striker. For a little stint with my senior national team and youth teams, I played defence, so I was very versatile in those positions.

“The reason why it happened (playing striker at Wednesday) is because Paul Sturrock obviously became the manager there after leaving Southampton, but while he was at Southampton, we had training matches and would be involved with the first team, and I would always score, playing up front. I think the thing that solidified it for them was we had a training match one day and I scored four.

“That’s why for Wednesday, and for the task they had ahead, he reached out and said ‘I’ll take you on loan for a month and you come and enjoy football’. I’m like ‘hell yeah, I’m happy to come’, because I came to the country to play football.

“I was playing reserve football for Southampton a lot, so I was really, really happy for that.”