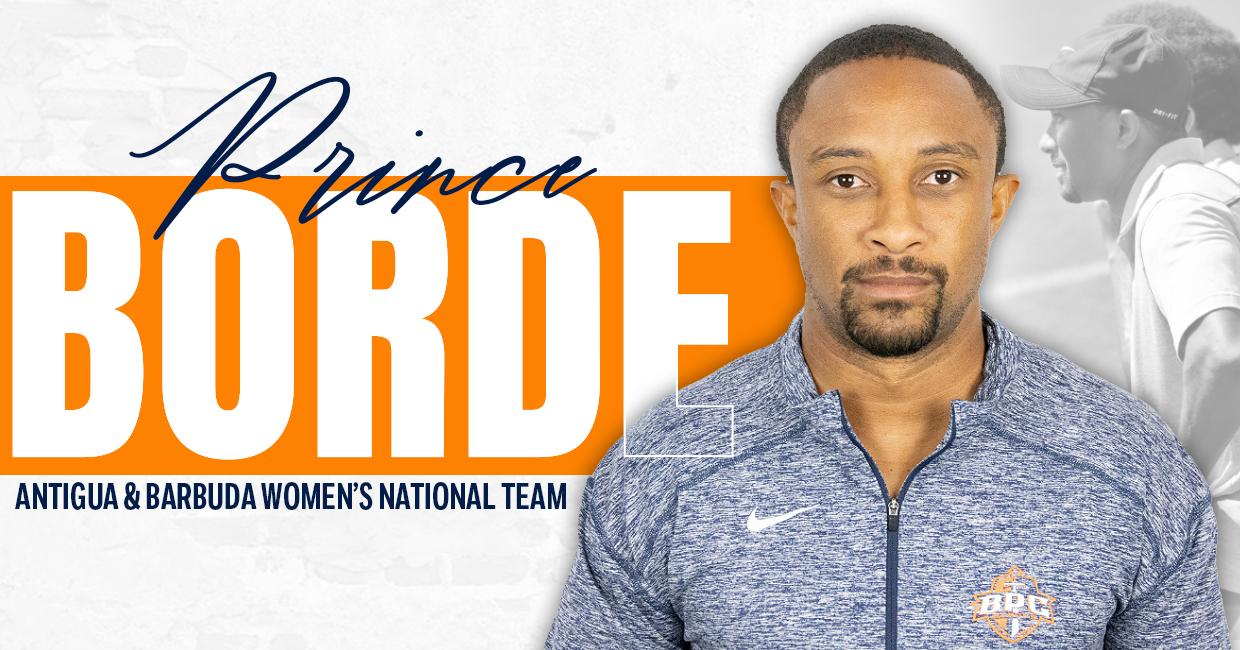 Technical Director for football in Antigua and Barbuda, Sowerby Gomes, has welcomed the expertise of US-based coach, Prince Borde, who is assisting the country’s senior national team ahead of their Group A clash in the CONCACAF leg of the 2023 FIFA World Cup qualifiers next month.

Borde, who is attached to the Brewton Parker College women’s soccer team in Mount Vernon, Georgia is listed as a USSF “D” License coach on the school’s website. He arrived on island last week and, according to Gomes, will be assisting the team over the next three to four months as they contest a tough Group A against the likes of Puerto Rico, Mexico, Suriname and Anguilla.

“We’re looking for a coach who brings that level of expertise and so we looked at his resume and the level of experience he brought and he showed quite a bit of depth as it relates to the resurgence of female programmes, success rate and how he would have brought female teams from a lower level up to a particular level and, as a result of that, we figured he carried quite a bit of weight. We are rather confident that within the short stint we will bring him on board to assist us that he would be able to do a substantial job with the girls he has to work with,” he said.

Borde, who was part of the recent college combine held by the Antigua and Barbuda Football Association (ABFA), temporarily fills the void left by former women’s technical director and coach of the senior team, Lisa Cole, who is now coach of the Fiji women’s national team.

Gomes said the players have shown improvement over the past year but highlighted what he said is a low turnout of senior veteran players to training sessions.

“Improvement in terms of our younger players [but] I am not seeing a greater turnout of our senior veteran players who have represented Antigua and Barbuda for a number of years, so we are still small in numbers as it relates to that. However, we are not letting that be a deterrent; we are still forging ahead because we are looking to build and rebuild a young and string Antigua set-up,” the TD said.

“Quite a number of our college-based players and those in university will also strengthen the senior female national team, so over the last two weeks, those who returned home over the Christmas vacation were turning out for practice sessions and. as a result, beefed up our training sessions,” he added.