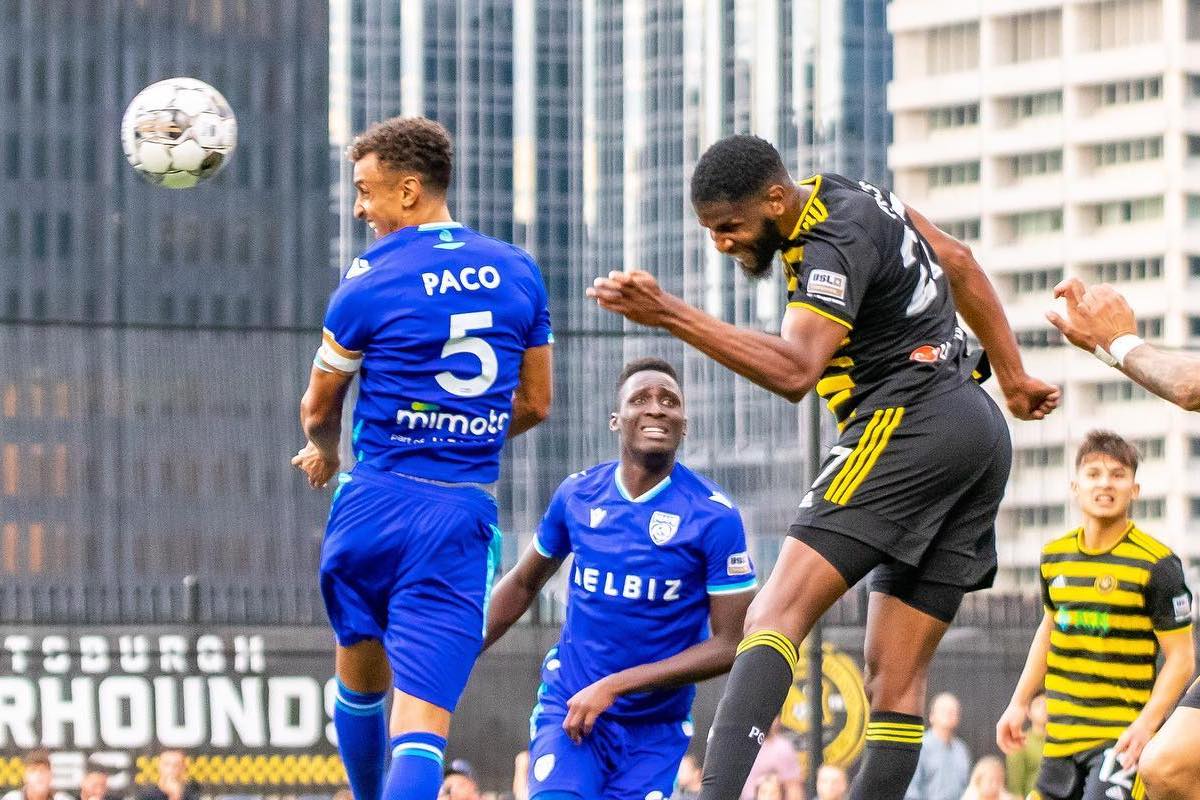 Pittsburgh Riverhounds SC defender Jelani Peters was named to the USL Championship Team of the Week for Week 18, announced this afternoon by the league.

Peters was front and center in the Hounds’ 4-1 win Saturday over Miami FC when he recorded his first two-goal game as a professional. The 6-foot-5 center back powered home a header in the 49th minute to give the Hounds a 2-0 lead, and he made no mistake with his feet 12 minutes later, when he put home the team’s third goal from a designed set piece.

Scoring wasn’t the only reason Peters earned his place, as he went a perfect 5-for-5 in aerial duels against Miami, and he added two clearances for a back line that came minutes away from its third consecutive shutout. He also entered the team’s midweek, 1-0 win over Indy Eleven as a late substitute, securing the three points and the clean sheet in a tight match.

Peters was joined in the weekly honors by fellow defender Shane Wiedt, who headed home the fourth goal in the win over Miami. Wiedt was picked for a bench spot after scoring as a substitute against Miami and playing the full 90 in the midweek shutout of Indy.