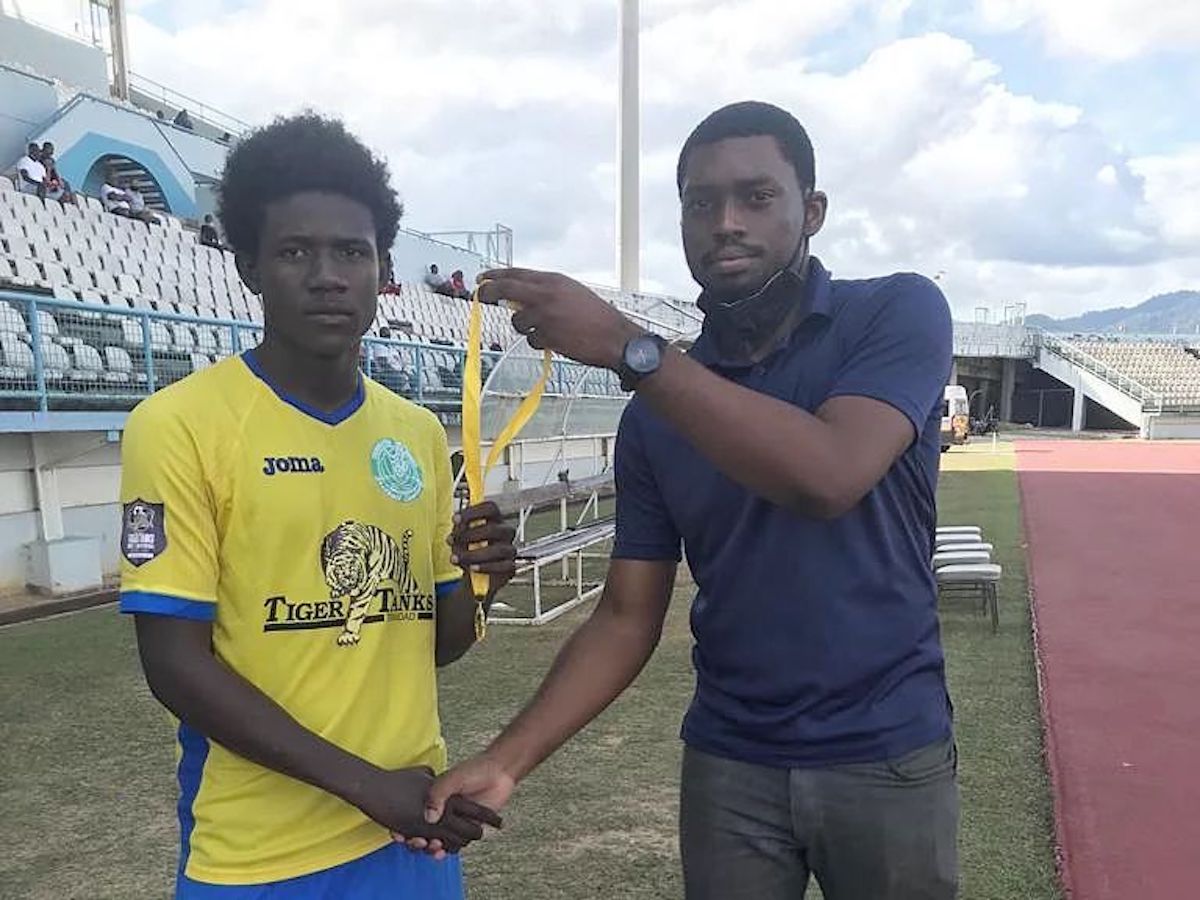 TRINIDAD AND Tobago Under-20 striker Malachi Celestine dreams of earning a coveted spot on the men’s football team.

Celestine, a resident of Sea Lots, wants to go all the way and become a pro player like his former East Mucurapo Secondary football predecessors Kevin Molino, as well as brothers Joevin and Alvin Jones.

Currently the Under-20 team is training towards their first round of Concacaf Under-20 Championship matches which kicks off in Honduras in June. T&T open their group F campaign against Haiti on June 19, followed by matches against Mexico two days later and Suriname on June 23.

Coming from what many consider a depressed community, Celestine is intent on breaking the cycle and finding success through sport.

“Every day I wake up I want to be a better person and want to make a better career for myself. Football is a way to get my mind out of the negative aspects.

“Hopefully one day I would like to be one of those players (Molino and the Jones brothers). It’s very exciting knowing what I wanted to be, and I’m here today training with the national team. I want to make my community and family proud.

“It’s very important for us to try to qualify for this World Cup because it think it could be a revolution for our football. Football gives me hope and it’s a big part of who I am,” he said in an interview with TTFA media.

Celestine said he started appreciating football while growing up, viewing it on television and playing video games. He was inspired by former Manchester United and English striker Wayne Rooney.

In his younger years, Celestine played football on the community hard court with his friends. One day, his cousin took him to Queen’s Park Savannah, Port of Spain to try out for Trendsetter Hawks FC.

He was observed by their coach Anthony ‘Dada’ Wickham, who selected the youngster to his youth team.

“From there, I got picked and it’s then my career started. Dada inspired me a lot and helped me develop playing football.

“Living in growing up in Sea Lots, it’s hard because there aren’t many who do sport. It’s a lot of guns, smoking, drinking and partying. I wanted to make it different I wanted to show that Sea Lots (is not about) that alone,” he added.