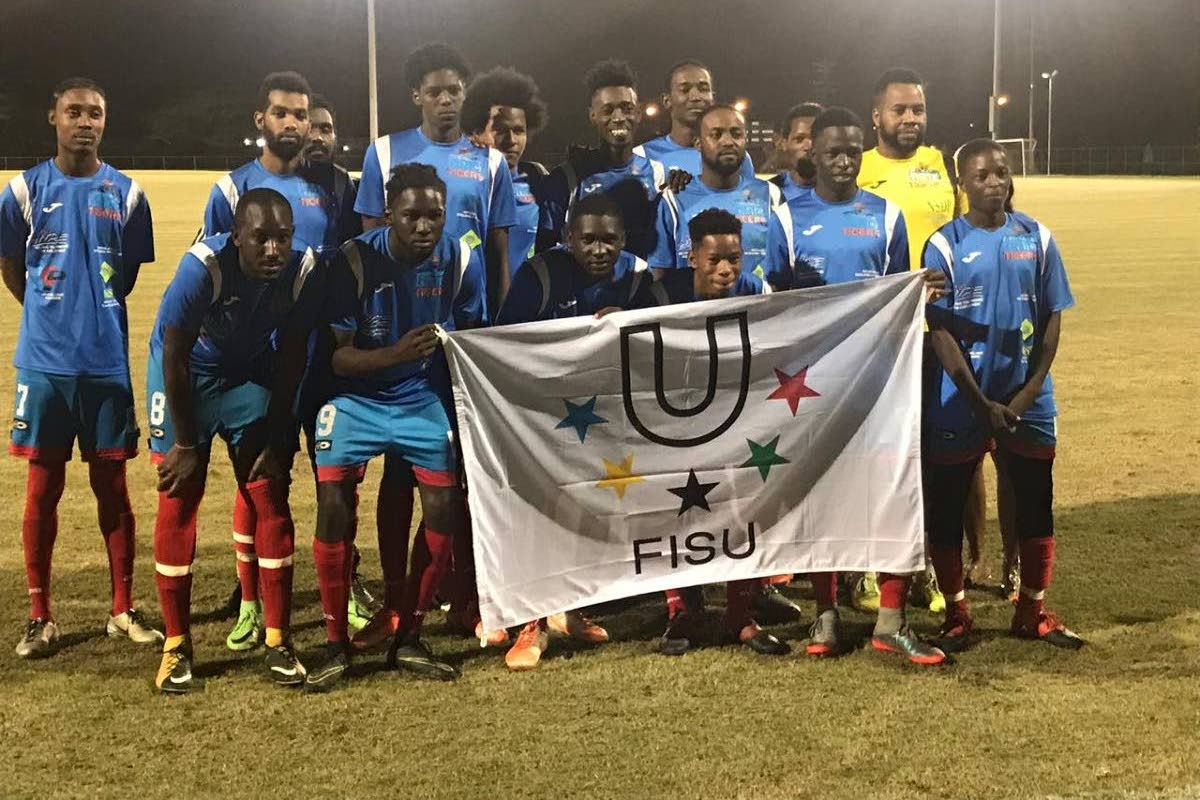 MIC and UTT were the two best teams throughout the round-robin stage of the six-team tournament, which made the encounter deserving of a final.

The home team UTT settled in quickly, launching continuous shots at the MIC goal and giving former national goalkeeper Cleon John some early work. The breakthrough came after UTT winger Dike Wilson smartly squared a pass to onrushing Mario Williams who slotted it home from close range in the 35th minute. The defending champions carried their goal advantage into the half-time interval.

At the resumption, MIC coach Adrian Romain made some tactical switches to stem the flow of attacks from their opponents. Their strategy and persistence paid off with Kristian Meloney firing in the equaliser at the hour mark. Meloney eluded two defenders then shot a scorcher to the top right hand corner of the net that left goalkeeper Learie Mc Kenzie hopeless.

With the game in the balance, the spectators were entertained thoroughly with the end-to-end action as both teams went in search for a winner in regulation time. In the last minute of the match, MIC were awarded a free-kick 30 yards out and all the eyes turned towards the dead-ball specialist Jabari Mayers who came up trumps. Mayers unleashed a viscous left footed shot that hit the post and ricocheted off goalkeeper Mc Kenzie's back before trickling into the goal for the dramatic 2-1 victory for first-time winners MIC-IT.

In the third-place game, COSTAATT snatched the bronze medal from UWI (5-3) on penalty kicks after the teams played to a 1-1 draw in regulation time.