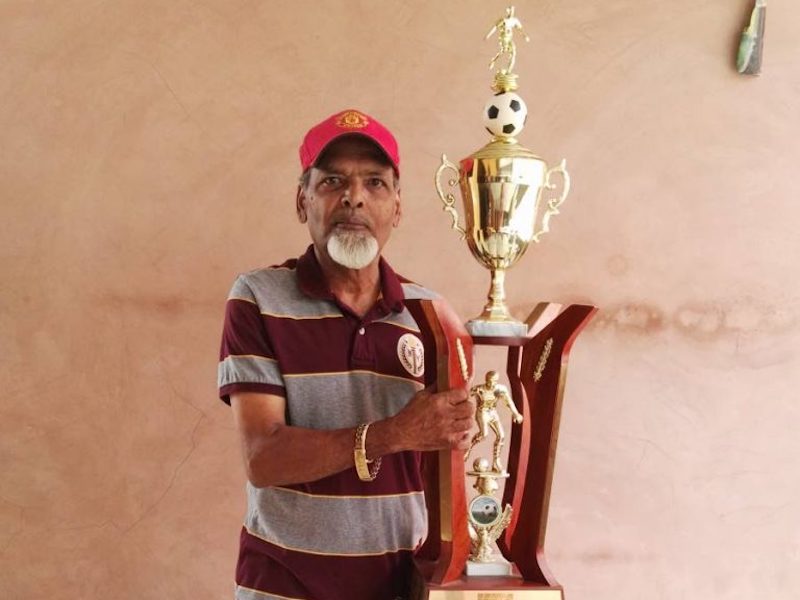 DREAM TEAM will face Pinto United today with $20,000 up for grabs in the final of the Fishing Pond Football League at the Manzanilla Recreation Ground. The match kicks off at 6.30pm. The losers will take home $5,000.

Pinto United, coming off a battling 2-1 victory over Boys Town in the semi-finals are confident of winning their first Fishing Pond title, even without their injured star Brian Sequa. The attacker damaged his knee in the semi-finals and will not be fit in time for today’s match-up.

Pinto captain Clint Mark told Newsday Sequa’s absence will be felt but he believes they can overcome.

“We have back-up players, he will surely be missed but we have players capable,” he said.

Dream Team coach Hayden Diaz said it would be interesting to see how Pinto cope without Sequa’s attacking brilliance.

“Technically, since that team playing they don't have a long bench. That is a very good player they lose so it should affect them. In the last game they replaced him with an over-40 player but against them youths, it go be tough,” he said.

Mark said the team is drawing inspiration from their win over Boys Town which saw them rally from a goal down and the loss of Sequa, to hit back with two goals.

“That gave us a lot of confidence. We showed we can win without him,” Mark declared.

Today’s final will be the second meeting between Dream Team and Pinto for the season. Pinto won a close encounter 2-1 in the round robin phase but Mark feels Dream Team are an even tougher opponent now.

“We defeated them 2-1. We learned some lessons. We know they have a strong attack so our defence has to be strong too. It was a last minute goal. It was a tough game but we were on the luckier side with a last minute strike. I believe they a bit stronger right now.”

Known for their vociferous band of travelling supporters, Mark is hoping they will show up again to give the team that extra boost.

Diaz, looking to win his second Fishing Pond crown, said this Dream Team is very different in personnel from the team that won in 2013.

“It's a young generation, not the same team. More youths so it's the first final with them for Dream Team.”

Diaz said for several team members it will be their first final at the youth level and he is hoping the experienced players, such as skipper Kern Diaz and defender Markie Sylvester, keep the younger players calm.

Wary of the opponent’s strengths, Diaz urged his players to seize the initiative in the match.

“Stay focused, stay compact in first 20 minutes. They (Pinto) are a team with a little bit of luck in them. If they get the upper hand it will be difficult. We have to be on top of our game at all times.”