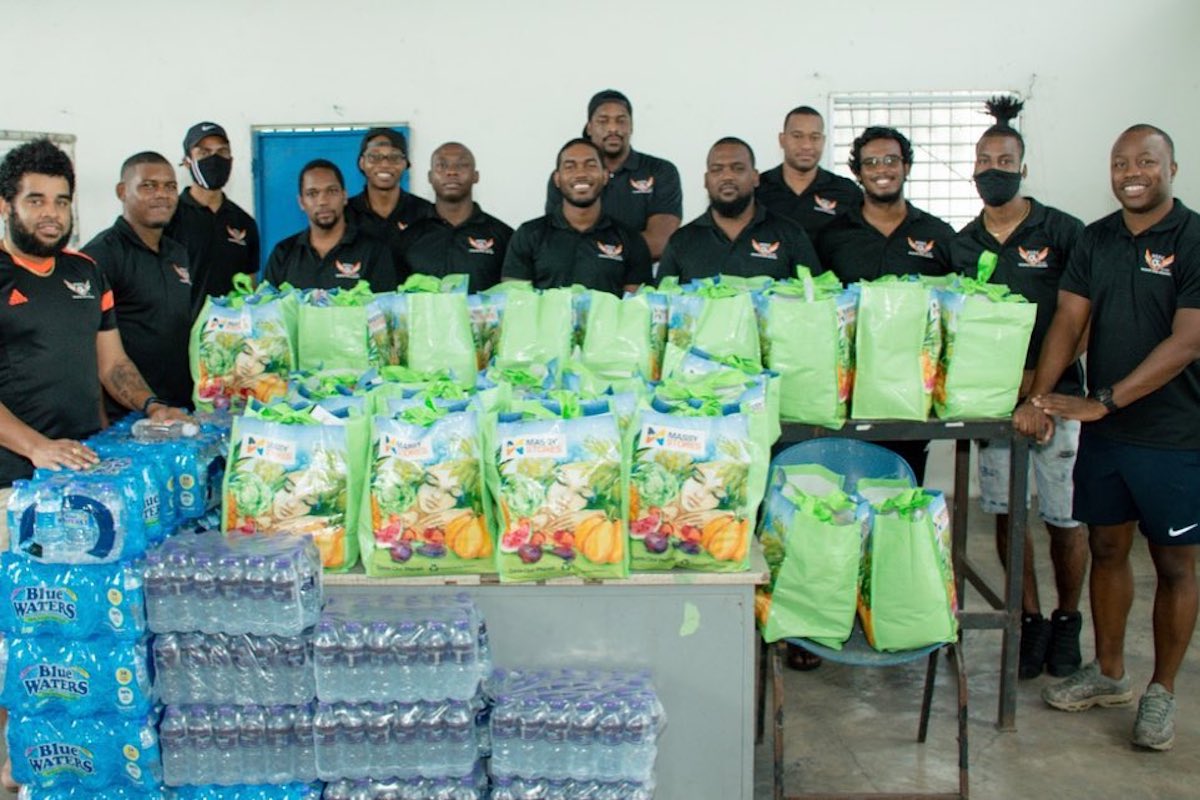 DESPITE being a relatively new addition to the football scene in Chaguanas, the Woodford Sweaters Football Club (WSFC) is determined to promote a sense of camaraderie not only among its members but within the community, as they strive to be their brother’s keeper during the covid19 pandemic. The club, which was created in 2015 by a group of friends who enjoyed playing casual matches, came together to collect food supplies and distribute hampers for families in need in their Chaguanas community last weekend.

Beginning at their headquarters at the Hugo Francis Recreation Ground, the team visited various homes distributing hampers and supplies.

Speaking with Newsday about the inspiration behind the initiative, club secretary Barry Beckles said the club was happy to be part of a charitable project and understood the hardships some families had to endure while stay-at-home regulations remain in place.

Last week, the club pooled their resources from past fundraisers and organised hampers and cases of bottled water which were donated to 35 families over the weekend.

Beckles said while he was happy to give back to the community that supported them, they hoped to reach out to more families with the assistance of corporate sponsors.

“It was filled with bittersweet emotions for most of us. While we all enjoyed the beautiful smiles and the endless thanks from the families whom we were able to assist, we also had to endure the pain from not being able to assist families who reached out to us on the day.

“This left us with a burning desire to reach out to these people ASAP.”

Beckles said the club, under its president Jamal Wiggins, will organiseanother food drive before the end of May. People interested in donating food supplies are asked to contact Beckles at 499-0126 or through the club’s various social media platforms.