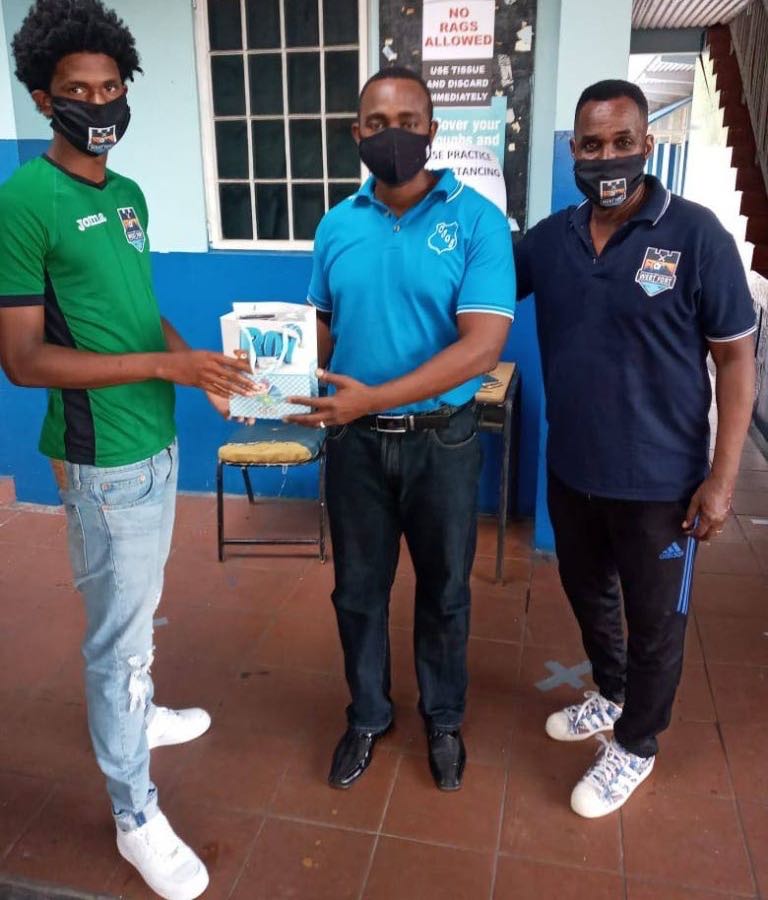 According to a statement by the club, the principal of St Peter's RC Primary School expressed gratitude for the donation and also requested a partnership with Real West Fort United to provide coaching support to the institution when school resumes.

La Forest was fully committed to the suggestion saying, “This is what Real West Fort United is about, we want to create lasting change in all communities west of Fort George specifically and the country as a whole. Miss, we will be back and working with you. Your school will be a champion team soon.”

The Principal was delighted with the donation and said it would be useful is students forget to bring their mask on an already stressful day.

Another senior teacher at Diego Martin Government, who collected on behalf of the school, expressed her thanks for the initiative.

Real West Fort United director Gordon Pierre said the donations were in keeping with the club's vision of being more than just a football team, but also a change agent and leader in providing solutions to societal problems, in this case covid19.

Recently, the local football club formed a partnership with the TT Manufacturer’s Association which saw the club receive sanitisation stations and sanitisers to use before and after training sessions at the team's home ground near the Diego Martin Sporting Complex.