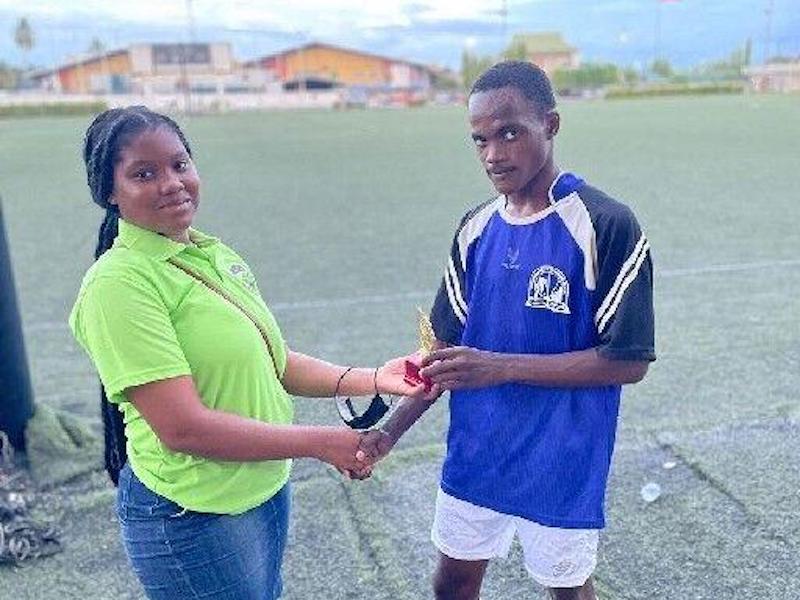 FC GINGA continued their winning ways in the Crown Trace Under-18 Showcase Football League, via a 3-0 shutout of MIC Tigers last weekend.

In the first match of Match Day 8 at the Centre of Excellence in Macoya, Ronaldo Rogers netted a brace for the Group A table toppers, while Jevaughn Drakes also found the back of the net, taking his goal tally to six in four matches, taking pole position in the most goals table.

In another Group A match-up, host team Crown Trace FC kept pace with leaders FC Ginga after getting the better of Trendsetters Hawks FC by a 2-1 margin, in what was a very close match.

Nichosi Martin opened the scoring for Crown Trace in the 34th minute, only for Trendsetters to draw back on level terms with an equaliser.

However, Alex Pope ensured Crown Trace collected all there points when he scored the match winner with a beautiful finish in the 80th minute.

And having registered a draw and a loss in their campaign to date, World-Class defeated Cantaro UTD 4-1 to secure their first win of the tournament.

In a Group B contest in what was the final match of the day, Chaguanas North secured a much-needed win, and secured a berth in the quarter-finals, coming away 2-1 winners over Santa Cruz United. Karel Wells scored a goal on either side of halftime to pace them to victory.