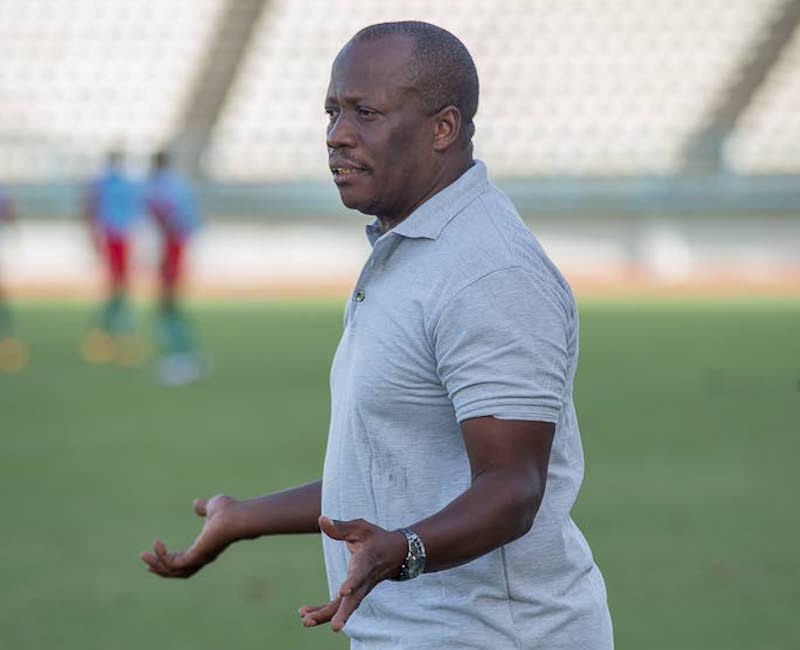 Cunupia FC had an exceptional debut season in the 2017/2018 edition of Trinidad and Tobago Super League (TTSL) as the side which was promoted into the League One division, following winning the Championship (League Two) title the season before, shocked many of their opponents by finishing on the top half of the table. The newcomers not only managed to finish in the top half, but after 22 games, Cunupia FC registered 13 wins, four draws and five losses as they finished third on the standings with 43 points, behind league winners Guaya United (52) and runners up Santa Rosa FC (50).

Discussing the historic season for the club was head coach, Michael DeFour where he reviewed the club’s season with Newsday during a recent interview.

He began by stating, “Well, in our first season, without any hiccups and setbacks to adjusting to the level of football, we could have gone on and challenged for the title and that in itself shows the characteristics of this team and their ability to achieve success.”

Speaking about some of the characteristics the team possess and how the chemistry within the camp grew throughout the 2017 campaign, he said, “Being able to generate these sort of performances came from hard work and patience.

While we were a little nervous as a group, only as the season progressed and time went on, the players really settled down and found their rhythm again.” He confessed, “Sometimes, as coach, I did not realise or take into consideration the jitters and anxiety (of athletes) because you take for granted that the players understand team professionalism, what it means, and being able to deliver week-in-week-out at a higher level of competition.”

He went on to explain, “I think as coach, I did a fair job in preparing them during the season and a pretty good job in anticipating the level of football we would have been playing at, but, with 80 per cent of our players never playing at this level, they needed an adjustment period and were not given the opportunity to adjust at the beginning of the season.”

Cunupia FC’s first five fixtures of the season saw them vying against arguably some of the top teams in the league, including, Santa Rosa FC, 1976 Pheonix FC, WASA FC, Defence Force and eventual winners Guaya United. The Central boys managed to escape being thrown into League One’s fire with three victories and two losses which helped build momentum for the season to follow.

DeFour detailed some differences he witnessed first-hand between League One and Two, saying, “The level of football is arguably better than the level played at the championship. The discipline that is required to play consistently at the League One level is more pronounced because of the talent and technical abilities of players in the league.”

He noted, “For a championship team, one or two players can standout and make a difference over the other average players, but in this division, you find everybody has a higher average of technical ability, however, more mental discipline is necessary for these players to excel and reach another step further.”

As players found it more difficult to take on the initiative and use their abilities to get past an opponent, the coach’s role changed slightly to develop a working formula for the team to compete successfully. He stated, “You have to get them (the athletes) to work as a team and to understand the responsibility of playing their role in the system, than trying to be a good individual player. “

DeFour refrained from highlighting individual performers for the 2017 season, instead, he took the time to boost the entire team, as he expressed, “To be honest, I was blessed with the 11 standout players who were on the field of play, at any given time, and wearing a uniform.”

Cunupia FC adopted a 3-4-3 formation for the majority of the season and benefitting from the squad line-up were TTSL League One Team-of-the-Season picks, midfielder Michael Darko and forward Kevon “Showtime” Woodley.

From the first round the Ghanian midfielder, Darko, showed that he was ready and able to command the middle of the park in any League One match. Whether it was picking the right pass to free his team mates or even bursting into the box to score one of his 11 league goals, Darko was the heartbeat of a Cunupia FC team that finished the season in blistering form.

Darko got a helping hand from Woodley, aka “Showtime”, when he joined the Predators of Cunupia during the mid-season transfer window.

Showtime began his season with Youth Stars in League Two and registered a league high of 8 goals for the Tobago outfit before making the switch. It did not take him long to settle as he quickly located his scoring touch in his new team, flooding the field with his bag of tricks and wowed crowds, ending the League One campaign with a total of 10 goals and 7 assists.

When asked the question “What’s next?” for the team and their approach to the season ahead, the coach responded, “Well seeing the results throughout this season and us being able to finish third, I can say this is not a one-off season for this team as we will be back and placing a lot more effort into winning the title.” He detailed, “The team currently plays a nice, fluent attacking style of football so we would want to pay some attention to the defensive aspect of our game and working on a faster transition (from defense to attack) on the field.”