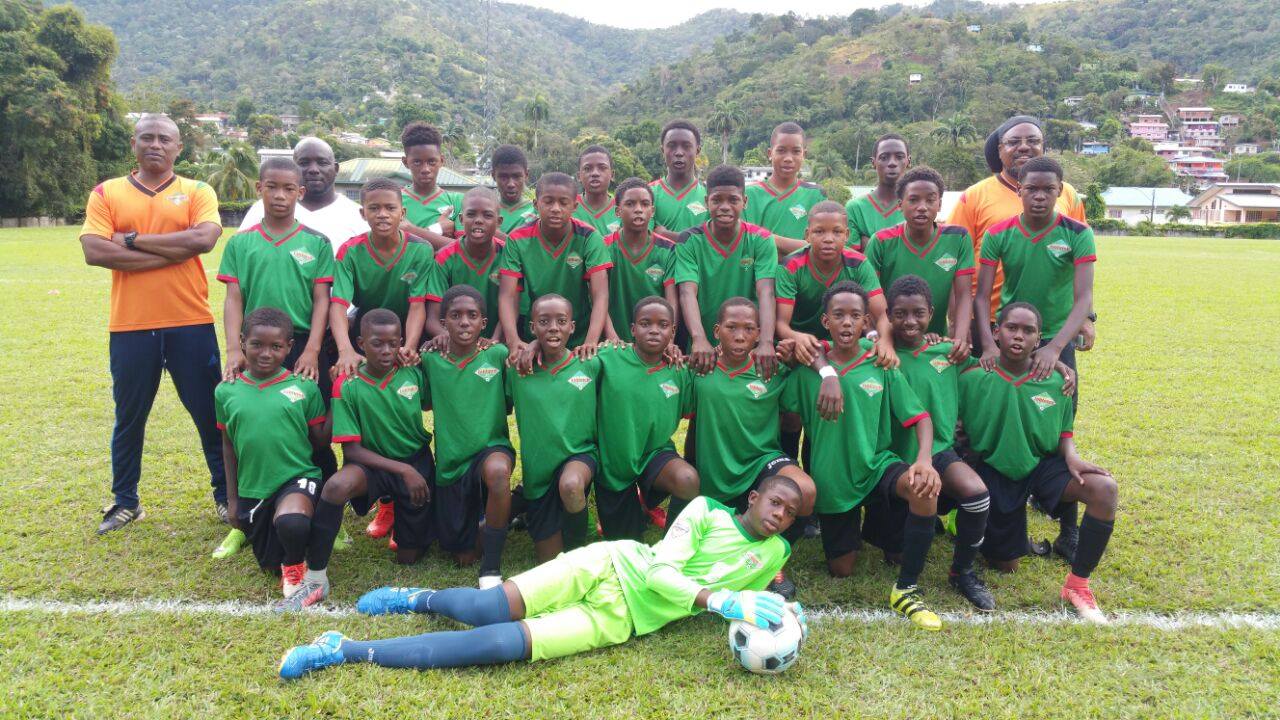 San Juan Jabloteh has fallen short of achieving a record-extending fourth clean sweep of the Flow Youth Pro League titles this season after the club finished as champions of the Under-14 and 16 divisions, while Point Fortin Civic snatched the Under-18 crown, but the young San Juan Kings look intent on making amends in the inaugural Knockout Cup competition after all three age-group teams marched into the semifinals to be contested on May 20.

There are no matches this weekend because of Mother’s Day.

Competing at the Larry Gomes Stadium, Malabar on Sunday, Jabloteh hammered St Ann’s Rangers 4-0 in an Under-14 quarterfinal match before the San Juan Kings’ Under-16s edged crosstown rivals Morvant Caledonia United 1-0 before the Jabloteh Under-18s completed the quarterfinal round trifecta with a 3-0 defeat off Defence Force FC at the same Malabar venue.

However, Pt Fortin Civic Under-18s, though, failed to progress into the semi-finals despite going ahead against Police FC through a Matthew Brewster 15th minute strike at Mannie Ramjohn Stadium, Training Field Ground One, Marabella.

The new Under-18 league champions went on to surrender the narrow lead before falling 2-1 against the Blues who advanced courtesy a double from Kai Phillip in the 45th & 83rd and will meet W Connection, 1-0 winners over Club Sando.

Pt Fortin Civic Under-14 and Under-16 outfits had much better fortune as they advanced into the semi-finals of their respective tournaments.

All advancing teams will now have two weeks, ample time for rest, recovery and preparation for semi-final day on May 20.

Earlier this year, Jabloteh finished 2018 champions of the Under-14 and Under-16 divisions, but missed a treble as Point Fortin Civic snatched the Under-18 crown,

On Sunday, Jabloteh became the only club to march into all three divisions of the Cup semi-final rounds which will be contested on May 20.

Jabloteh then ensured their appearance in all three quarter-finals with their U-18s dispatching Defence Force FC 3-0 at the same Malabar venue.

Also, Kai Phillip scored a double for Police U-18s in a 2-1 win over Point Fortin Civic at the Manny Ramjohn Stadium in Marabella.

Police FC went ahead through a Matthew Brewster strike, but Phillip responded with a brace to turn the match around.

Police will meet W Connection in the semis, after the latter were 1-0 winners over Club Sando.

Civic U-14 and U-16 outfits advanced into the semi-final stage with wins over U-14 league runners-up Morvant Caledonia United and St Ann’s Rangers, respectively, at the Marabella venue.

Civic U-14s led the quarter-final contest through first-half strikes by Luke Phillip and Kern Smart to dispatch Morvant Caledonia 2-1 who had a goal pulled back by Jaheim Marshall.

Civic will meet W Connection who were 4-2 winners over Club Sando, thanks to a double from Molik Khan and a goal each from Malik Clement and Dantaye Gilbert.