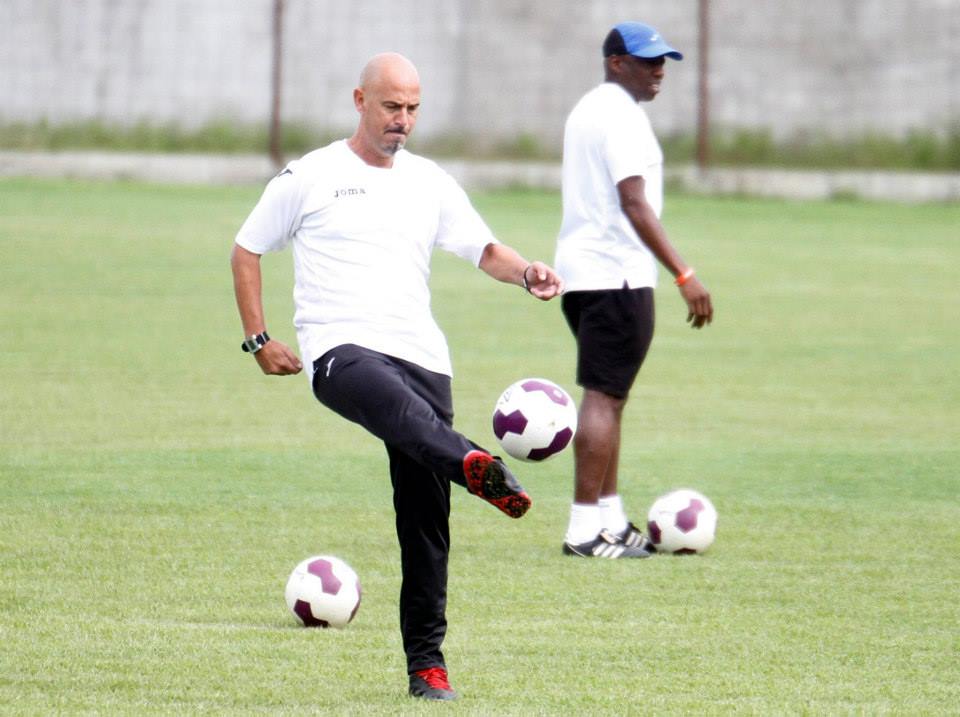 Stephen Hart’s departure from Trinidad and Tobago football was almost as devastating as Tom Saintfiet’s introduction.

It is not every day you get a job where the boss introduces you around, pats you on the back and then at the same time tells everyone that you might be dismissed at any moment. It portrays a climate of intimidation and instils no confidence in others that you can do the job.

Such was the introduction of Belgian Saintfiet to Trinidad and Tobago at a Courtyard Marriot press conference on December 6, when Trinidad and Tobago Football Association president David John-Williams disclosed that the Belgian’s time may be short, even as he handed his new coach a two-year contract.

“I will also tell you this, that if he doesn’t get the job done on the 24th (against Panama) and 28th of March (Mexico), he’ll be looking for a job. And I make no apology for saying that,” John-Williams said.

To his credit, John-Williams did give Saintfiet his backing when saying, “We feel he can do the job for us.”

“Tom came out on top in so far that he was not our first choice, for sure, but then he was also affordable as our second choice,” John-Williams stated.

Similarly, the TTFA might have found a way to better show respect Hart for what he has done for the country’s football over the past three years with the national team. In modern football, nothing was untypical about Hart’s dismissal, although far too many times, a coach’s contribution and good service ends in acrimony and dismissal, rather than appreciation and a “golden handshake”.

Should T&T be successful in getting to the 2018 World Cup, no one could dismiss Hart’s contribution when, under difficult working conditions, he still successfully got the team through a minefield and to the final round of qualifying. He also got the former “Soca Warriors” to consecutive CONCACAF Gold Cup quarter-finals for the first time.

More importantly, Hart brought back respect to Trinidad and Tobago football during a three-year period when he twice matched CONCACAF giants Mexico, drew with the USA and beat both Panama and Guatemala (twice). A pity though, he did not receive the same respect and support during a lean 2016 when things did not go his way.

Bertille St Clair was similarly removed, three matches into the 2006 World Cup campaign, following a 0-0 draw with Costa Rica. A day after being fired, St Clair was replaced by a “big-name” coach, Leo Beenhakker, who already had the reputation of coaching the Netherlands and Real Madrid before taking up the T&T job in 2005.

One remembers Jack Warner announcing, during an April 2005 press conference, that Beenhakker would replace St Clair and that former standout players Russell Latapy and David Nakhid would be his assistants. Beenhakker arrived and at a press conference promptly informed Warner and the TTFA that he would be bringing his own people, due to the amount of work he had to do.

Saintfiet has no such pedigree and one could surmise that was probably the reason for his less than stellar treatment when introduced to the T&T public. The character that Beenhakker was, he would surely have walked out on John-Williams that day. But for Saintfiet, ambitious to build a reputation from the ground up, humble pie might have been on the menu at several of his previous stops in Africa and other regions.

Whether Saintfiet is a step up on Stephen Hart is highly debatable. But as the man in charge now, he surely deserves the chance to succeed and therefore enjoy the support of all. If Saintfiet succeeds, everyone will fall in love with the Belgian, conveniently forgetting his humble coaching beginnings.

Saintfiet describes himself as ambitious, with a decent track record and lots of experience. He is desperate to become a World Cup coach and makes no pretence of being elite, having travelled the hard road to build his coaching profile after a moderate professional career that ended early, due to injury.

“I was not Ruud Gullit or Diego Maradona, so I couldn’t start with Holland or Argentina,” he said. “It is easier to work with a good federation and good clubs with good players than on lower level where most of the times, things are not well organised.”

And having been to stops like Bangladesh, Zimbabwe, Ethiopia and Yemen, he is probably immune to some of what was already dished out by the TTFA.

“This contract is hopefully till Russia 2018, because it means that we are there,” Saintfiet said. “And as a coach, if you fail in your duties, the president (John-Williams) announced it already, and if we don’t get decent results against Panama and Mexico, then it could already be goodbye by then. But, I understand that.”

As he gets his first taste of serious action against Suriname this evening, Saintfiet will hope that he can earn the respect he needs to succeed in this job with a positive result.