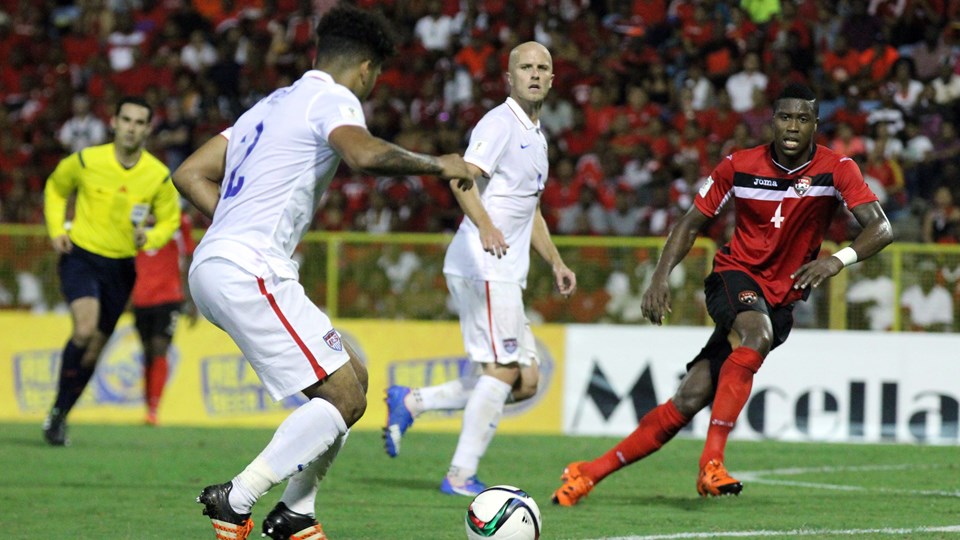 The US squad will begin a training camp in Denver from Monday before facing Venezuela in an international Friendly in Salt Lake City on June 2nd. Members of the Trinidad and Tobago squad have been in Denver at a training camp since June 23rd.

T&T Head Coach Dennis Lawrence will announce his roster for the qualifiers next week after assessing the players currently in camp at Prentup Field.

The roster breakdown for the US is: 14 players from MLS, nine from European leagues, three from the Mexican circuit and one (Brad Guzan) who is in the process of moving to MLS (Atlanta) from England (Middlesbrough).

Bruce Arena selected a larger-than-usual group (27 instead of 23 or 25) because of a tight timetable (two games in four days instead of five as Mexico has to play earlier due ), the possible effects of playing at altitude and the yellow card situation. Geoff Cameron, John Brooks, Jozy Altidore, Michael Bradley and Matt Besler are carrying cards and, with their next booking, will have to sit out one match.

“I think we have a good group,” Arena said in a release. “I’m still in the early goings with this team and I haven’t seen all of our players, so this camp gives me the opportunity to see six new faces we haven’t had in with the team yet, which is valuable.

“It’s also great that we’re able to bring back 21 players that have been in with our program already in 2017. We have a roster that has good balance all over, we have good young players and hopefully it’s a team we can put together to get us points in both games.”

Boucaud says T&T can pick up points on the road

Keep on Working - Warriors on the Training Pitch in Colorado