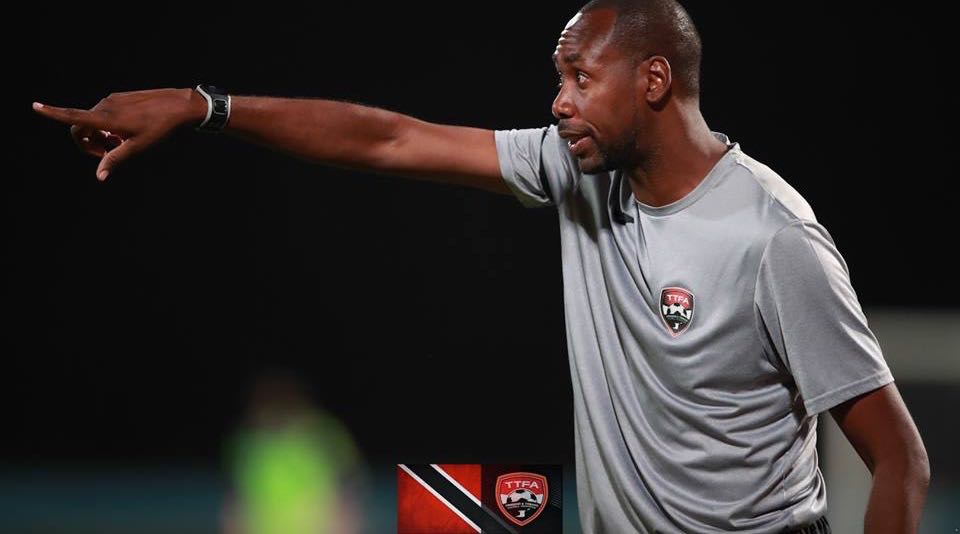 AN IRATE Trinidad and Tobago football team coach Dennis Lawrence blasted his team’s first half display against Honduras on Friday night, describing it as poor, as the squad’s hopes for a place in the 2018 FIFA World Cup in Russia faded badly after a 2-1 defeat, in their CONCACAF Zone Final Round qualifier, at the Ato Boldon Stadium, Couva.

Alex Lopez (sixth minute) and Alberth Elis (16th) were the early goal-getters for Honduras to put the hosts under tremendous pressure while Joevin Jones (67th) replied for the hosts.

Also on Friday, Mexico edged Panama 1-0 while Costa Rica got the better of their hosts United States 2-0.

Currently, after seven matches, Mexico are assured of a spot in Russia with 17 points, followed by Costa Rica (14), United States and Costa Rica (eight apiece), Panama (seven) and T&T (three).

With three games left, against Panama on Tuesday followed by encounters against US and Mexico, it will take a miracle for the Trinidad and Tobago team to earn a place in Russia.

“The first half we were very poor,” said Lawrence during the post-game media conference.

“It’s not what I expected. I don’t understand what happened to the boys. I don’t know if the occasion got to them but it wasn’t a first half that we expected.” He continued, “It’s no point giving away two goals and trying to get back in the second half.

We gave ourselves a mountain to climb.

“Every time that Honduras got into our box, we looked like we were going to concede.” With regular captain Kenwyne Jones out with a knee injury, goalkeeper Jan-Michael Williams wore the armband. But Lawrence was displeased with the lack of leadership and inspiration on the field of play.

“It was just poor in the first 45 minutes.” Looking ahead to the Panama game he said, “We all need to have a look at ourselves and try and see if we can correct this quickly.” The game was played in front of a crowd estimated at a mere 5,000, showing there was no need for the temporary bleachers present, while the lights on the south-eastern pylon were non-functional.

This game was moved from the customary Hasely Crawford Stadium in Mucurapo as a means to having a sold-out crowd and better atmosphere which failed to materialise.

“Lawrence, however, made it clear that “the venue was not an issue. The performance of our team, that was an issue.” The ex-national defender also hinted at changes within the team, following the Panama fixture.

“At the moment we’ve got a squad to go into the next game.

When that is over, (the technical staff) will continue to look at the local players to see if there is any available to make the squad. I’ll continue to look at the foreign players, the players that have not represented Trinidad and Tobago but hold a Trinidad and Tobago passport because we need to improve, we need to start developing players to understand what we require of them.” Joevin’s younger brother Alvin was a half-time replacement for Aubrey David, but was sent off by referee Fernando Guerrero of Mexico for a hard tackle on midfielder Alfredo Mejia in the 57th.

Explaining the switch in personnel, the T&T coach said, “(It) was a tactical substitution. I felt they were getting too much joy on that side so I brought Alvin on to see if he could stop (that).”

Trinidad and Tobago’s men’s footballers were back to training yesterday morning as they look to put Friday night’s loss to Honduras past them in anticipating of Tuesday’s 2018 World Cup qualifier away to Panama in Panama City.

Head Coach Dennis Lawrence put the players who were inactive on Friday night through a session while the on-field players underwent a recovery workout at the Ato Boldon Stadium.

A 23-man squad minus the suspended Alvin Jones who was red carded on Friday, will head off to Panama City this evening.

“It’s a situation where we got to pick ourselves up and go again. We have another match to play and we’ve got to get our act together and focus on what is ahead,” Lawrence said.

“We’re all very disappointed with the result and the way in which things went down but the way the other results went on Friday, we’ve go to keep believing that we’re still in it and carry ourselves in a manner where we can keep fighting,” he added.

T&T forward Willis Plaza, who came on in the 55th minute and put in a lively shift up top against Honduras, added that there was an obvious feel of dismay in the camp due the result but he was certain the spirits will lift again heading into the Panama affair.

“Yes we are disappointed. We felt this was a game we had to get a win and we didn’t make it happen. We got a goal back from Joevin (Jones) but we we couldn’t get the second goal to level it. When you look at the other results on the night it makes it even more disappointing.

Now we have to lift our heads and try to improve and do much more in the next game. I think we have the strengths to pull it off but it all comes down to how strong we can be mentally and physically in the next game,” Plaza said.

“We will have to dig deeper now.” In their previous World Cup qualifier against Panama in Panama City, T&T came away 1-0 winners courtesy of a Stern John second half winner in the 2006 Final Round of qualification.

Lawrence was also part of the line up. In the most recent outing between the two nations there, T&T were 2-1 winners in a friendly in 2015 by way of goals from Kenwyne Jones and Radanfah Abu Bakr.

Honduras head coach Jorge Luis Pinto said that his team got a dream start against T&T in Friday’s 2-1 victory.

Speaking after the match, the Colombian-born head coach said: “We made the best possible start. We got two early chances and we made sure with it. I was very happy with the way the team pressured the Trinidad and Tobago team and it put their game off.”