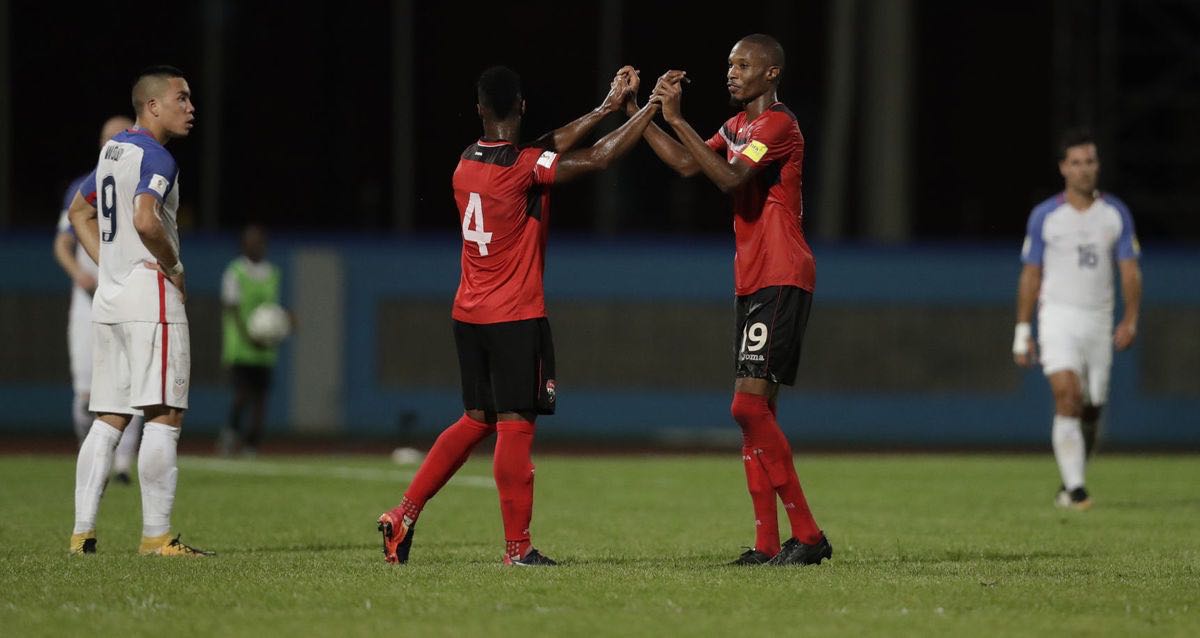 Forget November 19th, 1989. The new date to remember will be October 10th, 2017. The Trinidad and Tobago team, under head coach Dennis Lawrence, achieved a significant win on Tuesday night for more than one reason. For T&T’s benefit it brought a much needed end to the team’s recent losing streak and it helped to bury the ghost of ‘89.

Now the US teams facing T&T at any level in the future, will have in the back of their minds that this is a T&T team that comes from a nation that stopped them in their stride to Russia.

Moreso, it will be etched in the minds of every T&T player whenever they step onto the field against the Americans. The simple ability to put that “fear of America” aside will be huge for our players.

Trust me, I can tell you from experience of being there with several past national teams at all levels for the past 17 years.

What has this defeat done to the US, aside from the immense effects of TV rights and other contract earnings of not being in Russia, is that it has shook all levels of the game in the US and for all US nationals globally. On Wednesday, the day after the USA’s catastrophic defeat, the MLS Product and Strategy Committee met with several influential owners in Los Angeles to discuss matters going forward. Guess what the main topic would have been?

For T&T, this result must be a spike for the game locally for men and women. It must be used as a means of boosting the belief that we can make something happen that will have positive effect on all ends.

The players in the Pro League, Super League, SSFL, Zonal, elite development etc must not simply celebrate this result but must let it encourage them to realise that their ambitions can be achieved. The Leagues can now see more worth in everything they do and at the same time feel their importance. The 2-1 scoreline will promote the Trinidad and Tobago brand across the globe, more than we might imagine right now.

George: We owed the country

Midfielder Kevan George, a rock in the T&T midfield in the last two matches against Mexico and the United States said he was not over celebrating the win on Tuesday night but felt a level of satisfaction and is now more optimistic over the team’s potential progress in the future.

“We are elated to have achieved the victory over the US. The result was a culmination of all the hard work that we have put in and we owed the country both a performance and a win. For us the main focus was not revenge but building a platform for the future with a mixture of youth and experience. We have learned a lot despite the lack of success in the campaign and this has brought us together more as a unit. It has made us stronger as individuals to be better prepared for future international competitions and campaigns,” George said.

The Panama football Association and its national team has a lot to thank us for. After all, our victory over the United States coupled with their late come from behind win over Costa Rica on Tuesday propelled them to third place and a spot in the 2018 Russia World Cup. And grateful they were.

In an immediate reaction, Panama national team press officer Adan de Gracia told this columnist “For us, this victory over Costa Rica represents the most important triumph in the history of our football. It is something that will live forever in our minds and hearts. Trinidad and Tobago’s triumph over the United States was the perfect complement to making history and we are thankful for this. Viva Panama and Viva Trinidad and Tobago,” de Gracia said.

Gulati not standing down as president

Bruce Arena has stepped down as coach of the US men’s national team yesterday after they failed to qualify for next summer’s World Cup.

An insipid, and sometimes embarrassing, qualification campaign ended in a 2-1 defeat to Trinidad & Tobago on Tuesday night. That result meant the US missed out on the World Cup for the first time since 1986, and it was almost inevitable that Arena would leave his post.

“It is the greatest privilege for any coach to manage their country’s National Team, and as I leave that role today, I am honoured and grateful to have had that opportunity twice in my career,” said Arena, who also coached USA at the 2002 and 2006 World Cups.

The blame for the US’s failure cannot entirely be laid at Arena’s feet.

He took over from Jurgen Klinsmann last year after a string of poor results but yesterday he accepted responsibility for the team’s failings.

Arena said: “When I took the job last November, I knew there was a great challenge ahead, probably more than most people could appreciate.

Everyone involved in the program gave everything they had for the last 11 months and, in the end, we came up short.

No excuses. We didn’t get the job done, and I accept responsibility.”

Another figure who has come under criticism, US Soccer president Sunil Gulati, said on Friday that he also takes responsibility for the USMNT’s failings but does not plan on standing down.

He would not be drawn on whether he will seek re-election in February. “It’s not the proper day to talk about my personal future with the federation,” Gulati said.